How Formula 1 Teams Use Big Data to Win 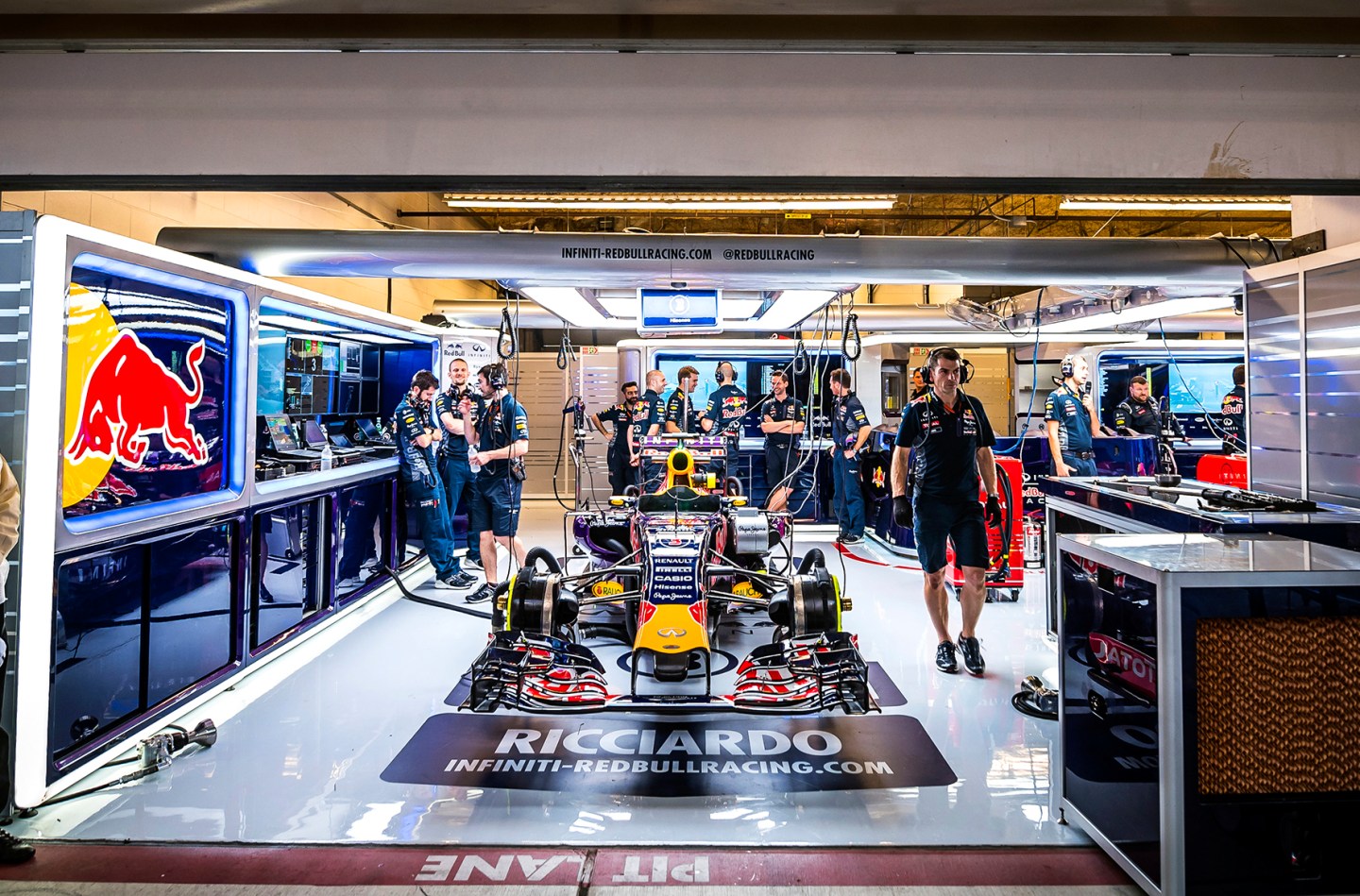 The Pit Row at the Circuit of the Americas in Austin, home to the only Formula 1 championship race in the U.S., is packed with fans. Some people clutch their ponchos and wince as gusts whip along the asphalt. Others snap photos of themselves with the cars and hope for a glimpse of their favorite driver. When one finally makes an appearance, a scrum surrounds him, asking for autographs and selfies. The vehicles are momentarily forgotten.

But these machines, each valued at more than $9 million (a steering wheel alone is worth $77,000 or so) are more than just pricey contraptions capable of whizzing around the track at more than 200 miles per hour. They are also intelligent, thanks to the many dozens of sensors fastened to them. Each sensor communicates with the track, the crew in the pit, a broadcast crew on-site, and a second team of engineers back home in Europe.

Most Formula 1 spectators expect the race to be won or lost in the hills and hairpins of a Grand Prix circuit. What few realize is that it’s also playing out in powerful, interconnected computers around the world. A Formula 1 race is a high-stakes example of the so-called Internet of things, where teams tap tremendous amounts of real-time data culled from physical objects. The sport’s use of such information is so sophisticated that some teams are exporting their knowledge to other industries where analyzing enormous amounts of information in the blink of an eye can mean the difference between life and death. For example, British automaker McLaren is sharing its data systems expertise with ConocoPhillips (COP) for use on oil rigs.

“We measure whatever we need to manage during the race, and then we model to get the predictive intelligence on how the cars are going to perform,” says Geoff McGrath, chief innovation officer at McLaren Applied Technologies.

The McLaren team builds its race cars for each track based on historical data and simulations generated by the current season’s sensor data. It builds prototype parts with 3D printers and tests them in wind tunnels. Approved designs are constructed in carbon fiber. The process ensures that every aspect of the car’s design is based on data.

Sensors are installed along a car’s chassis, in its tires, and throughout the engine. They measure the stress and downward force of the air on the car’s nose, brake temperature, tire pressure, and even whether the car is sliding or actively turning a corner. Sensors attached to the suspension measure the car’s speed as well as how force affects the vehicle. And that $77,000 steering wheel? It’s packed with knobs, buttons, and pedals that can do everything from slow down the car to deliver a shot of liquid to the driver through his helmet at the press of a button.

Yet for all the data generated by the car, the driver sees little of it. “We keep it to a minimum,” says Alan Peasland, head of technical partnerships at Infiniti Red Bull Racing. “They are maxed out on their cognitive capacity driving these cars.”

Formula 1 has strict rules about the number of team personnel allowed at the track. Infiniti Red Bull, for example, has 60 engineers on-site and 30 in England. It takes less than 300 milliseconds for the data from the farthest track in Australia to reach Infiniti Red Bull’s U.K. team, Peasland says, which runs simulations to determine race strategy for everything from a tire change to an attempt to overtake another driver. “Gut-feel decisions just aren’t made,” he says.

Data analytics haven’t solved everything. There’s still no way to get an accurate sense of where the cars are laterally on the track, and it’s impossible to determine how well a tire is gripping the roadway. The only person who can tell that is the driver. Says McGrath: “The driver is still the best sensor we have.”