The Secret Story Behind The Latest Would-Be Tesla Challenger 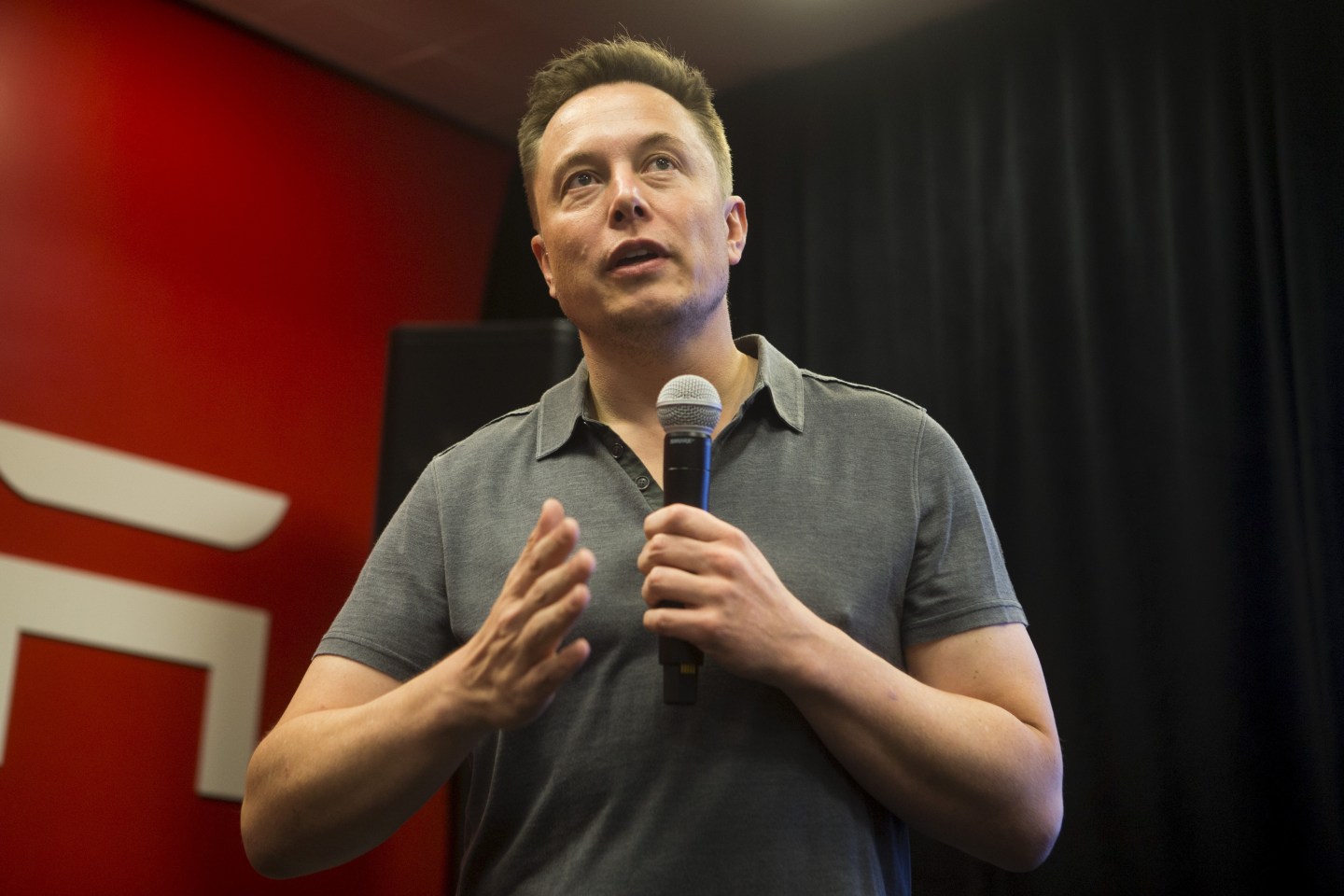 Faraday Future, an electric vehicle maker that has yet to introduce a car, reveal its financial backers are, or say who will actually lead the company as CEO, isn’t what some may expect.

Last week, Faraday Future said that it would spend $1 billion on a U.S. factory. While the company did not say where it would build the facility, it claimed that it would have cars on the road by 2017 to challenge market leader Tesla (TSLA). The announcement was supposed to be little more than a show of strength for a little-known company, but ultimately prompted far more questions than answers.

Faraday told Fortune last week that it now has 400 employees, despite not having a single product to sell. And although Faraday would not say who was serving as CEO, the executives the company has listed on its website are a “who’s who” of car makers, including several former Tesla senior-level employees. Chief among those employees and the only public face of the company so far is Nick Sampson, who serves as Faraday’s senior vice president.

Soon after the announcement, Faraday’s mysteriousness prompted a slew of reports suggesting it was a “front” for Apple’s rumored electric car business. Signs seemed to suggest Apple (AAPL) was the architect behind the scenes, with some pointing to Faraday’s seemingly endless supply of cash and secrecy to build hype for its brand—a strategy Apple often uses to generate excitement about its products.

The truth, however, appears to be much different. Faraday Future is not a front for Apple, several sources have told Fortune. Indeed, those sources, who are close to the companies and spoke only on condition of anonymity, say that Faraday is in fact owned by the “Netflix of China,” a company called LeTV, that has high hopes of taking on Tesla in the U.S. market while simultaneously targeting the Chinese car market.

In documents obtained by Fortune, that theory appears to hold up. Faraday Future is incorporated in California under the name Faraday&Future. The company’s business listing shows Chaoying Deng as its Agent for Service of Process, or the person who would be “served” a lawsuit in the event of legal proceedings. According to her own LinkedIn page, Chaoying Deng currently serves as the Director of Le Vision Pictures, an affiliate of LeTV and one of the largest film production and distribution companies in China.

On its website, Faraday Future lists its address as 18455 S. Figueroa St., Gardena, Calif. Colliers, which provides quarterly reports on major real estate investments across the world, included the property in its 2014 third-quarter report. Colliers says that the 124,000 building was sold to LeTV for $13.25 million.

“Given what you know about Apple and its love of control, does this really feel like Apple is behind this?” one source asked.

But there’s more to this than just a few filings. In August, Fast Company wrote a story about LeTV and its desire to build an electric car. The report said LeTV wanted to build an electric vehicle called Le Supercar to compete with Tesla. A prominent figure in that piece was Tony Nie, a former employee and founding member at Lotus China, who was appointed to head up LeTV’s Supercar initiative.

While Nie is depicted as working for LeTV in the piece, he has in fact moved over to Faraday Future. Fortune on Tuesday called Faraday’s official line and asked for Nie. The person who answered the phone said that while he was out to lunch, he would be available to speak at a later time. Subsequent calls to Nie, who lists himself as a LeTV employee on LinkedIn, were fielded by a different person who said Nie would call back. He did not. Sources confirmed, however, that Nie is indeed working at Faraday in a critical role at the company.

Another piece of the puzzle revolves around Sampson, who has quickly become Faraday’s public-facing spokesman. In a posting to China-based social service Weibo that was subsequently syndicated to Chinese site Geekcar in July, Sampson is shown sitting in a meeting with LeTV founder Jia Yueting. While it’s unknown what they were talking about, their time in the same room, given the other evidence, is far from circumstantial.

For its part, Apple (AAPL) declined to comment on reports that it may in some way be involved, but the overwhelming evidence suggests Faraday is not a front for the company’s rumored car making business. Indeed, some sources say that Apple has no role whatsoever in the company, which is set to grow to 500 employees this year.

Funding has not been revealed by Faraday, but sources say that LeTV and Yueting are financing the company’s efforts. According to Forbes, Yueting has a net worth of $7.3 billion. The LeTV companies, which include not only video streaming, but also cloud computing, films, and much more, employ over 5,000 people, and together make up one of the most prominent conglomerates in China, giving Faraday a massive bankroll to fund its efforts.

“As for Faraday, I understand it is Chinese investment and there is a lot of money behind the venture,” says Jeff Schuster, senior vice president of Americas Region and Global Vehicle at LMC Automotive, a research firm. “That said, there is a big difference to having funding and executing the development and launch of a new car and company. Not impossible but we have seen many come and go.”

Faraday has yet to appoint a permanent CEO, according to sources. The job would be a tough one because LeTV wants to appeal to both Chinese and American consumers with its future electric vehicles. Industry sources suspected that Faraday would ultimately choose an American executive. But it’s unknown when that may happen.

For its part, Faraday Future is remaining tight-lipped on any future plans and declined a request for comment for this article. Last week, company spokeswoman Stacy Morris said simply that the company was not yet “ready to share our long-term goals.”

While much more is now known about Faraday, how it’s operating, and what its plans may ultimately be, some things remain unclear. The company is the most secretive of any car maker in the industry and questions abound over whether it may be able to meet its self-imposed deadline to debut a car in 2017. Getting cars on the road, after all, takes significant testing and government approvals, and Faraday may not be far along in the process.

“Typically it takes three to four years to go through the ground-up development of a vehicle,” Schuster says. “Some could be shorter, but they are based on an existing model. If you are talking about a new company not using a partner but developing on their own, I would certainly add one to two years to that.”

Jack Plunkett, CEO of Plunkett Research, a company that monitors the automotive industry, argues that Faraday’s secrecy could be partly due to its desire to “keep its technology and development plans largely out of view.” He added, however, that the shroud of secrecy can only last so long.

“If Faraday is attempting to attract support for its factory plans from the economic development officials of California, Georgia, Louisiana or Nevada as widely reported, then it is going to be forced to show some of its cards to those agencies,” he says. “The reported size of its employee base does lead me to believe that it is very well-funded and very well-connected.”

However, unless Apple is playing one of its best ruses of all time, it doesn’t appear to be supplying the funding or have any connection. All roads, it seems, lead back to China.

For a look at Tesla’s own efforts in electric vehicles, check out the following Fortune video: