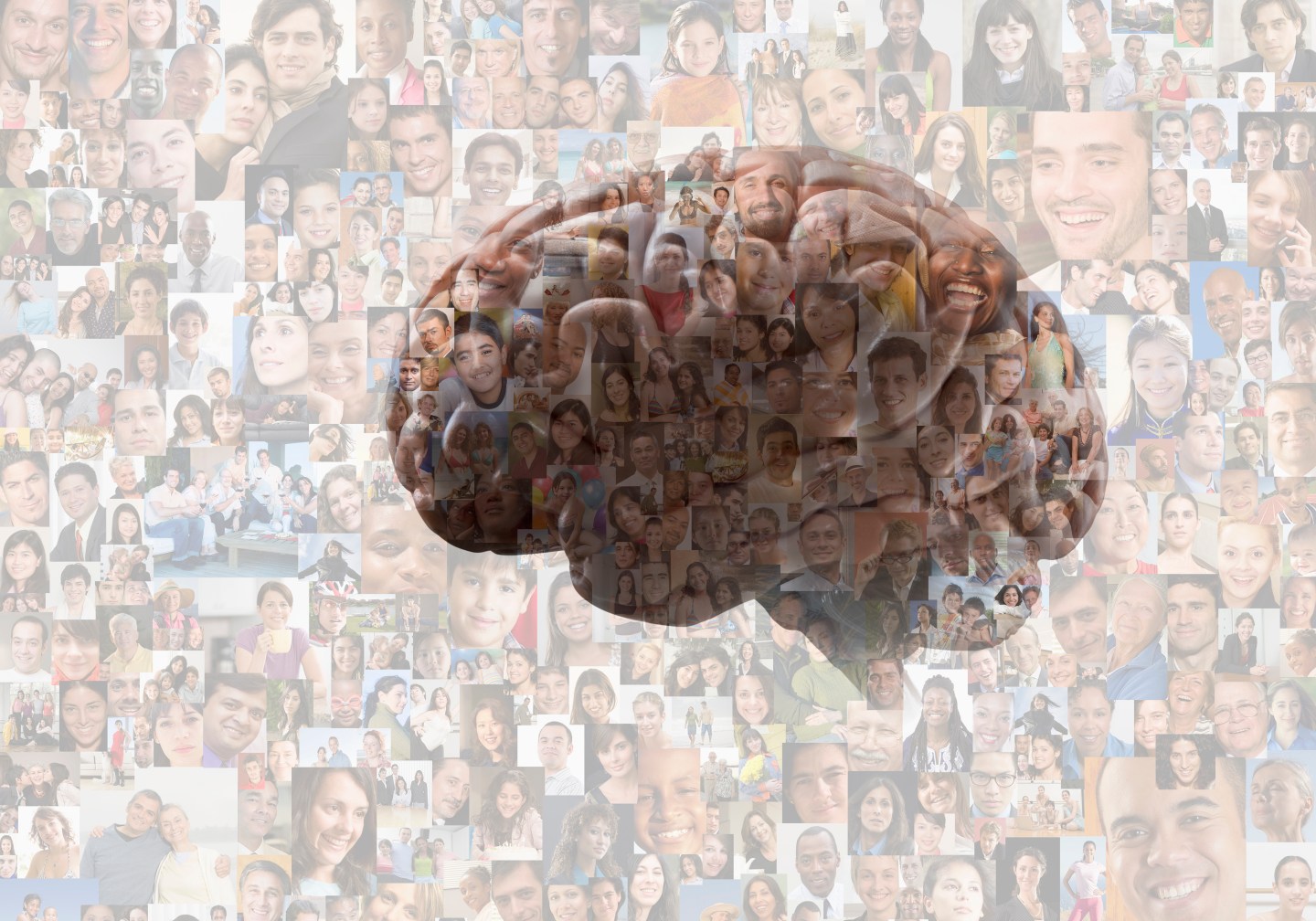 It’s a Thursday afternoon and I am in a room full of people I just met this morning, admitting things to them that I have yet to fully admit to myself. I am biased against all minority groups, I tell them: women, African Americans, and homosexuals. My confession doesn’t incite anger or shock anyone. On the contrary, the audience nod with empathy. They tell me it’s to be expected—they have biases, too.

This may sound like group therapy or a meeting of Bigots Anonymous, but it’s actually an increasingly popular tool in corporations across the U.S.: unconscious bias training. Organizations including Facebook, Coca-Cola, Google and the CIA have all embraced such sessions, which aim to increase employees’ awareness of their own prejudice and teach them how to guard against it.

Like me, most Americans tend to be biased in favor of the white, male, heterosexual majority—even when they themselves do not fall into that group, according to findings by Project Implicit, a Harvard University-run non-profit focused on studying social cognition.

Employers are now under immense pressure from investors, employees, and even the White House to mitigate these biases, which study after study have shown can negatively affect a company’s bottom line. In the last couple of years, a growing number of companies have taken steps to air diversity dirty laundry by releasing annual reports about the makeup of their workforces. Some industry giants, such as Apple and Intel, have committed hundreds of millions of dollars to diversity initiatives. The bottom line: It’s getting harder and harder for companies to ignore the issue, and implementing anti-bias training is one concrete step that’s relatively easy to take.

But while it’s clear why companies are turning unconscious bias training, the verdict is still out on whether the sessions are effective. The vast majority of the research is inconclusive—and one study even found that the training can have negative effects, validating individuals’ biases and thereby perpetuating them.

But what is it, actually?

Even with all the hype and controversy surrounding implicit bias training, most people—myself included, though I’ve written about this topic in the past—still don’t have a clear grasp on what it entails. I decided that the best way to understand would be to attend a training session firsthand.

FCB, a global ad agency that has been running its unconscious bias training program across its global offices for about a year, generously agreed to allow me to participate in one of its New York City-based sessions on the condition that I limit my reporting to my own experience (so session participants could feel comfortable speaking freely and off the record).

Before the session, I was asked to prepare by taking the Implicit Association Test (IAT). The test assesses associations between two concepts by measuring how quickly the test taker can categorize them. For example, the test found that I associate the words “career” and “male” more closely than I do “career” and “female” because I was faster at grouping the former together.

The training itself is held in a conference room in FCB’s office. I am one of 15 participants, who represent a mix of levels, roles, races, and genders. Everyone in the room is there by his or her own volition, and it shows: The grumbling that I expect to hear about the session’s length (six hours) is replaced by enthusiasm about free lunch.

FCB partnered with diversity consultancy Cook Ross (which works with Coca Cola, The Washington Post, and KPMG, among others) to create and run the sessions. The company’s chief consulting officer Leslie Traub co-leads this session along with FCB’s SVP of global talent and organization development Holly Brittingham.

The first portion of the session, lead mostly by Traub, is industry agnostic. Its stated aim is to increase participants’ awareness of their unconscious biases and get people comfortable with the fact that everyone has them. The module alternates between lectures, during which Traub shares a number of statistics about the effects of bias on the bottom line, and activities, which illustrate participants’ various biases.

During one activity, called “The Big Idea,” we are split into groups and given a set of materials to evaluate a (fictional) candidate for a job at our company. We are asked to evaluate the candidate individually and then as a group using a 100-point scale. After sharing our ratings—which vary dramatically from 49 to 72—we are told that each of the candidates’ materials are exactly the same, with the exception of a photograph and name. The resume with the photo of a white man scored the lowest; the black man scored highest. This brings home the way we judge someone based on looks and name alone, and how drastically these biases can influence a hiring decision. (I was later told by Melissa Hunt-Thomas, an organizational behavior professor at the University of Washington-St. Louis, that we as a group likely rated the white man so poorly because we were hyper-aware of our biases towards white men and were overcompensating.)

The second portion of the session was focused on the advertising industry and ways that unconscious bias could negatively impact FCB’s work specifically. A conversation about controversial ads (e.g. Kia’s commercial with sexualized lady hamsters) led to a group dialogue in which employees discussed diversity issues plaguing them at work.

The session wrapped with an activity where we write down a series of “If/Then” commitments to make changes to our own behavior in the workplace. One of my statements: “If I see a person I don’t know at the office, then I will introduce myself.” It seems silly, but since writing that statement, I now know the names of five more Fortune staffers than I did before.

An expert weighs in

To get an expert opinion on the session, I reached out to Alexandra Kalev, a professor of sociology at Tel Aviv University who has studied diversity initiatives extensively.

Kalev said FCB avoided many of the pitfalls that can cause a session to have harmful effects. For one, the exercise was voluntary, a key factor in avoiding negative outcomes. “When training is related to business goals and it’s voluntary there is more internalization of motives. When training is about pointing fingers and it’s mandatory, managers just don’t buy into it,” she explained.

Moreover, the session was tied closely to business goals, and was tailored to the advertising industry, also best practices according to Kalev. However, what will probably prove most effective, she says, is FCB’s plan to create a diversity task force staffed by volunteers from across its local offices. This will expand the lessons of the training beyond a one-time experience and create accountability.

Still, Kalev says that FCB’s resources would have been used better in other ways, as “even voluntary training that is about the business case has way weaker effects than other things employers can do to change managers’ unconscious bias.” These include mentorship programs (which FCB has through its parent company, IPG), collaborative work groups (in which employees from different levels parts of an organization work together on a specific problem), and a more involved and targeted recruitment process.

Since I agreed not to use any material from the session itself, I circle back with a few participants to get their impressions.

Christine Medina, a strategic planner at FCB Garfinkel, a New York-based subsidiary of FCB, said her biggest takeaway is just how prevalent bias is. “It’s everyone,” Medina says. She was particularly surprised to learn that she was biased against people of color—despite identifying as black and growing up in Haiti, where blacks are the majority. “I think it’s because I was raised to play with white dolls, and in the magazines, and even on TV everything beautiful is white,” she says.

For Eric Cosper, chief creative officer at FCB Garfinkel, the most valuable portion of the session was the more free-form discussion towards the end, where people shared anecdotes about either being discriminated against, or being put in a situation where they knew bias was occurring, but felt helpless to do anything about it. “I really liked getting people’s opinions and interactions on the topic. You can relate clearly to the issues in those discussions,” Cosper says.

As for me, the most eye-opening part of the session was how positive the tone was throughout, and how supportive and respectful participants were of each other. The thought of telling other people that I’m unconsciously a racist, anti-feminist homophobe was a terrifying prospect, but throughout the session, I learned that, well, most people are.

But we don’t have to stay that way.