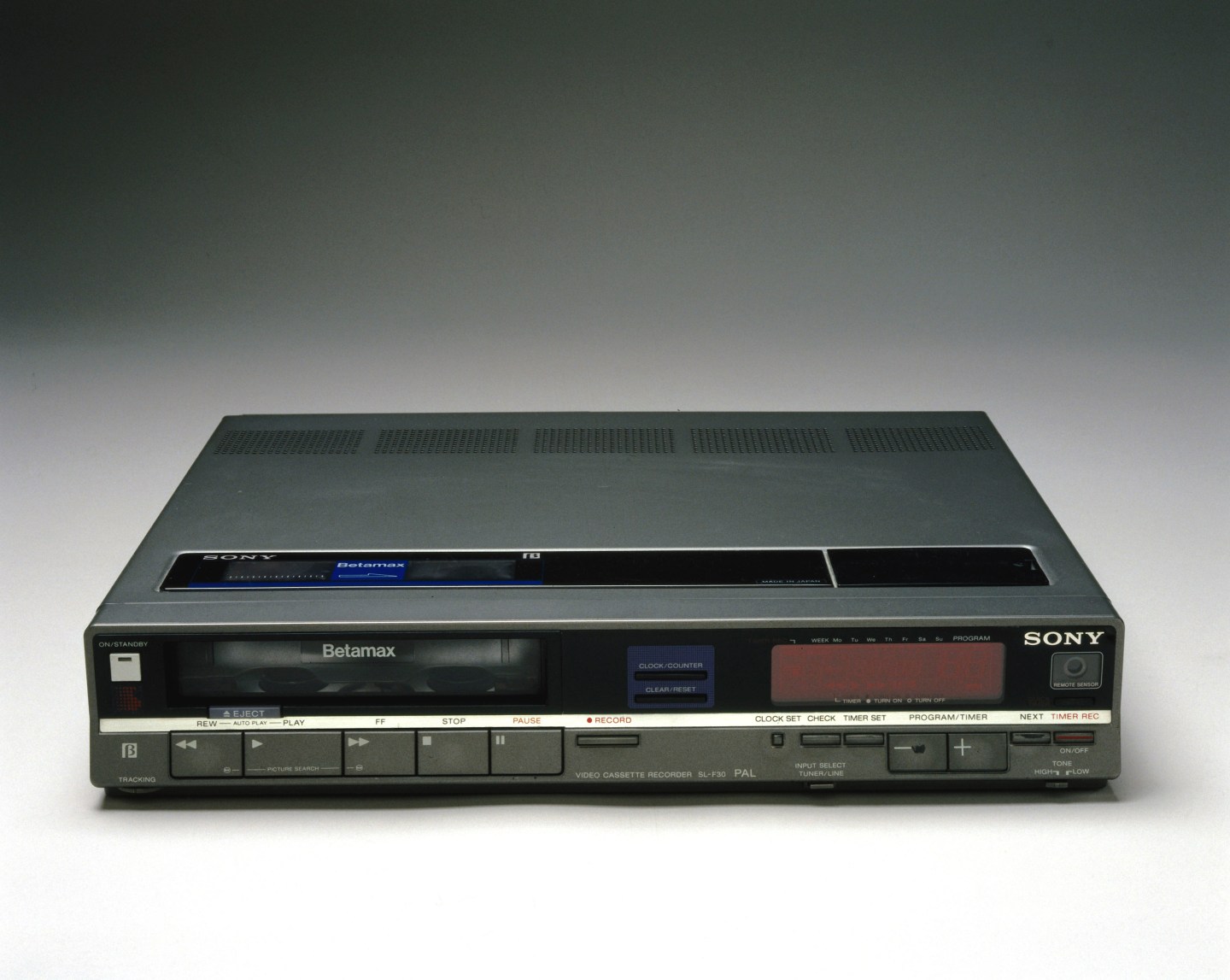 JAPAN - JULY 05: Betamax VCR manufactured by Sony, Japan. In 1974 the Sony corporation released the first VCR on the market, heralding the arrival of the video age. The name ?Betamax? originated from the shape of the tape path in the new loading system, which closely resembled the Greek letter beta when seen from above. Max, a shortening of maximum, was then added to suggest greatness. Sony's VCR could be connected to a television and used to record up to an hour of video and audio on tape. The time-shift function allowed consumers to record whatever programs they liked and watch them at their leisure. In 1976, rivals JVC came out with their own VHS format VCR, which doubled the recording time available, and within a decade the Betamax had become virtually obsolete. (Photo by SSPL/Getty Images)
Science & Society Picture Librar SSPL—Getty Images

The end is nigh for Betamax, Sony’s 40-year-old analogue video format.

The Japanese conglomerate said it would officially stop shipping its antiquated Betamax videocassettes as of March 2016 in a blog post on the company’s Japanese website. The company also said it would exit its Micro MV cassette business—another failed format—at the same time.

Sony debuted Betamax magnetic tapes in 1975. A year later, the electronics company Victor Company of Japan—now known as JVC Kenwood Holdings (JVCZF)—introduced VHS, or Video Home System, a competing format that famously triumphed among consumers during the home entertainment boom of the ’80s.

Panasonic (PCRFY)—then known as the Matsushita Electric Industrial Company—also backed both JVC and VHS at the time.

Sales of Betamax videocassettes reached their peak in 1984, when Sony shipped 50 million units, according to the company. Soon after they became obsolete, living fossils.

Having lost market share to JVC’s VHS format throughout the ’90s, Sony pulled the plug on its Betamax video tape recorder devices in 2002, having sold more than 18 million of them globally, the company said. Now Sony is finishing the job by ending Betamax cassette tape production.

The video format wars continue to this day. Philips (PHG), Sony, Toshiba, and Panasonic debuted the Digital Video Disk, or DVD, in 1995, which brought about the eventual demise of VHS and cassettes. Sony later successfully battled the Toshiba-made (TOSBF) HD-DVD format with Blu-ray discs beginning in 2006.

As Internet streaming services such as Netflix (NFLX), HBO Go, and Hulu continue to grow, the market for on demand video is becoming more crowded. Each vies to become the dominant home entertainment provider.

Betamax, however, has been declared dead.

For more about the market disruption initiated by video steaming services, watch this video: