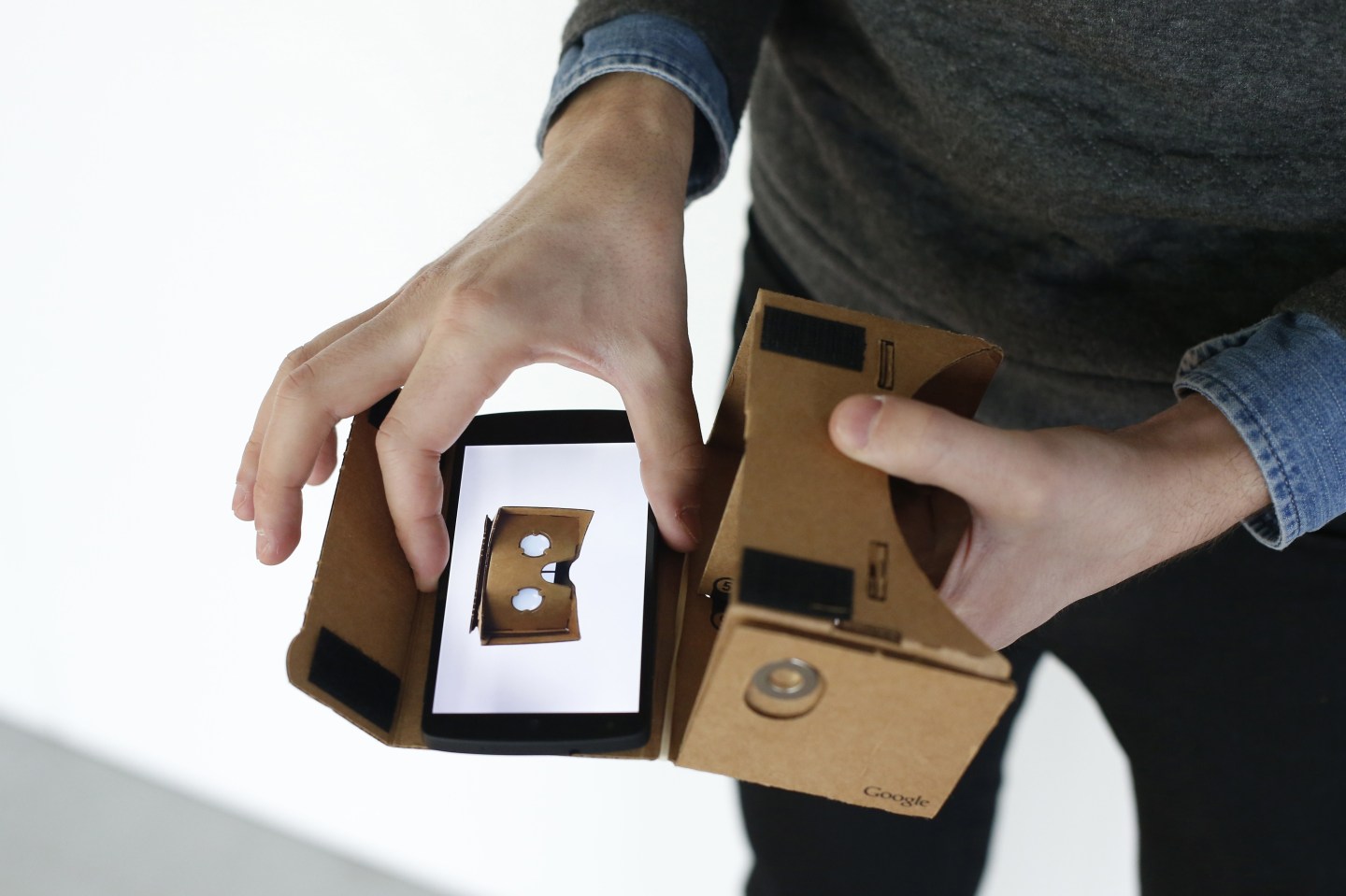 Print subscribers to The New York Times—over 1 million of them—received a complimentary virtual reality headset with their Sunday paper this weekend.

The free headsets, based on Google (GOOG) Cardboard, don’t resemble computer systems. They’re cardboard cutouts—users insert an Android or iOS smartphone with the New York Times VR app installed into the headset’s holster in order to get it to work.

This weekend, tens of thousands of viewers used those headsets to watch a selection of immersive VR videos filmed by Times journalists, including “The Displaced”, which focused on the stories of migrant children.

Wired called the promotion VR’s “big mainstream moment.” But the rollout exhibited an issue that has bugged virtual reality for decades—it makes some people feel sick.

In reviews for NYTVR, many iPhone users complained of seeing double. It turns out that if the stereoscopic effect that is intended to make the videos appear as if they’re in 3D isn’t precisely configured for your phone, it can end up making people sick.

“I tried using the cardboard viewer supplied with this morning’s New York Times but could not get the images to converge. This method of viewing gave me a bad headache,” user Trainman0722 wrote on the iTunes App Store. Coqui Gal titled her review “Wow!” and said she was impressed, but wrote she felt a headache coming on halfway through the video.

Similar stories of double vision causing headaches have been posted to Twitter and Facebook as well. When I tried to watch “The Displaced” earlier this weekend, I encountered the same issue. It didn’t make me sick or give me a headache, but the video was unwatchable.

“I think that’s just a normal reaction that folks might have had, just given the large measurement of people that received Cardboard, it was going to happen,” a Times spokesperson told Fortune. The double vision issue “is something we are actively working on and will be resolving soon.”

In the meantime, a Times FAQ says that if you’re having double vision issues on iPhone, you should make sure your device is properly centered in the Cardboard viewer. (I found that disabling the zoom function on my iPhone also helped alleviate the double vision issue.)

MORE: Virtual reality is stunning. But is it a business?

The NYTVR app currently has an average rating of four out of five stars on both app stores, so clearly it didn’t give every single one of its users a headache. Many of the people who were able to get it working were effusive with praise and astonishment at the experience.

Part of the founding legend behind Oculus, Facebook’s (FB) VR division, is that CTO Brendan Iribe knew he had a winning product when his prototype no longer made him sick.

“No matter how good you make a VR headset, it won’t necessarily let you do everything you can do on a monitor without feeling disorienting,” Oculus founder Palmer Luckey admitted in an interview last year.

Oculus’ approach to fighting virtual reality-induced sickness is to throw computing horsepower at it: Higher resolution screens, faster processors for lower latency, and reduced motion blur. But those power requirements means that when the Oculus Rift goes on sale early next year, it will require a computer with a high-end graphics card. While gamers might already have those systems, they’re not as common as smartphones.

And the Times certainly can’t include a Rift or a gaming computer with its Sunday paper. Because Cardboard is cheap to make, and most people already have the computer it requires—your phone—Google Cardboard is currently one of the few ways to distribute an immersive virtual reality experience to a wide audience. So expect more VR apps based around Google Cardboard in the future, even if there are a few headaches along the way.