Larry David is Getting $5,000 for Calling Donald Trump a Racist 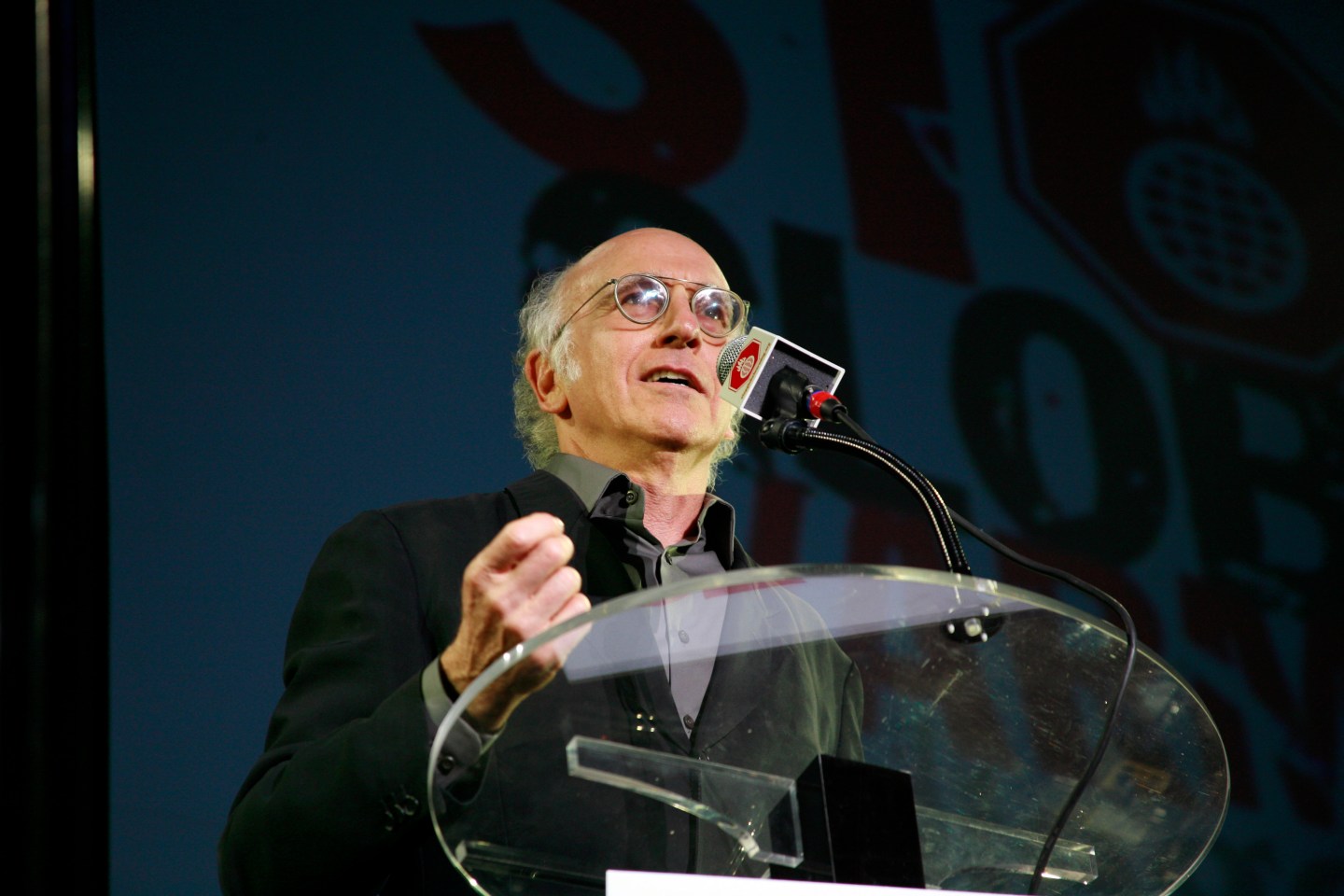 Larry David returned to Saturday Night Live for the second time this season to reprise his role as Bernie Sanders. This time Donald Trump was hosting, and some people were pretty upset about it.

One political action committee, Deport Racism, offered $5,000 to anyone who heckled the Republican presidential candidate during his appearance. “This is a chance to turn Trump’s appearance on the show into a media story that addresses his racist comments against Latinos,” the group writes on its website, adding, “Let’s show the world that attacking brown people is not the way to win the White House.”

Deport Racism didn’t have to wait too long into the show for someone to accept the offer. David interrupted Trump’s monologue by yelling “You’re a racist” from offstage. When the host asked him why he did that, he replied, “I heard if I yelled that they’d give me $5,000.”

Though the exchange was likely scripted, the PAC stood by its word. Almost immediately following David’s interruption, the group tweeted that the comedian would receive the reward, “Joke or not.”

#LarryDavid wins $5K "bounty" from https://t.co/PcIfWXCmnT for calling Trump RACIST on #SNL. Joke or not, it's true pic.twitter.com/qHFJ3cYmQQ