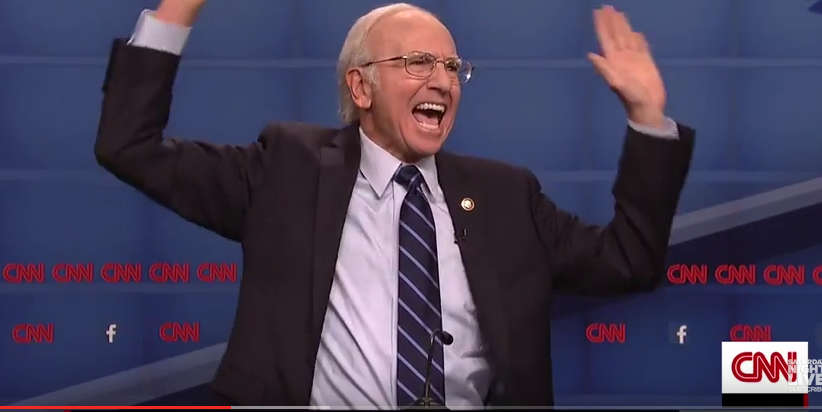 In 2008, Tina Fey’s impersonation of Sarah Palin on “Saturday Night Live” was so hilarious and spot on that Fey won an Emmy. And, research showed it helped convince voters that Palin—entertaining though she may be—wasn’t fit to be vice president.

Last night, “Curb Your Enthusiasm” actor and creator Larry David gave an impression of Bernie Sanders on “SNL” that was so dead on, it was trending on Twitter and Google through the next morning.

Unlike Fey, who used Palin’s words to lampoon her, David gently pokes fun at Sanders with fictitious quips. His Sanders, for instance, boasts he only owns one pair of underwear in contrast to the billionaires, who own four.

The skit ends with a sneaky prediction. David’s “Bernie Sanders” says, “Come next November, I will be Hillary Clinton’s vice president.”