Here’s How You Can Win A Visit From President Obama 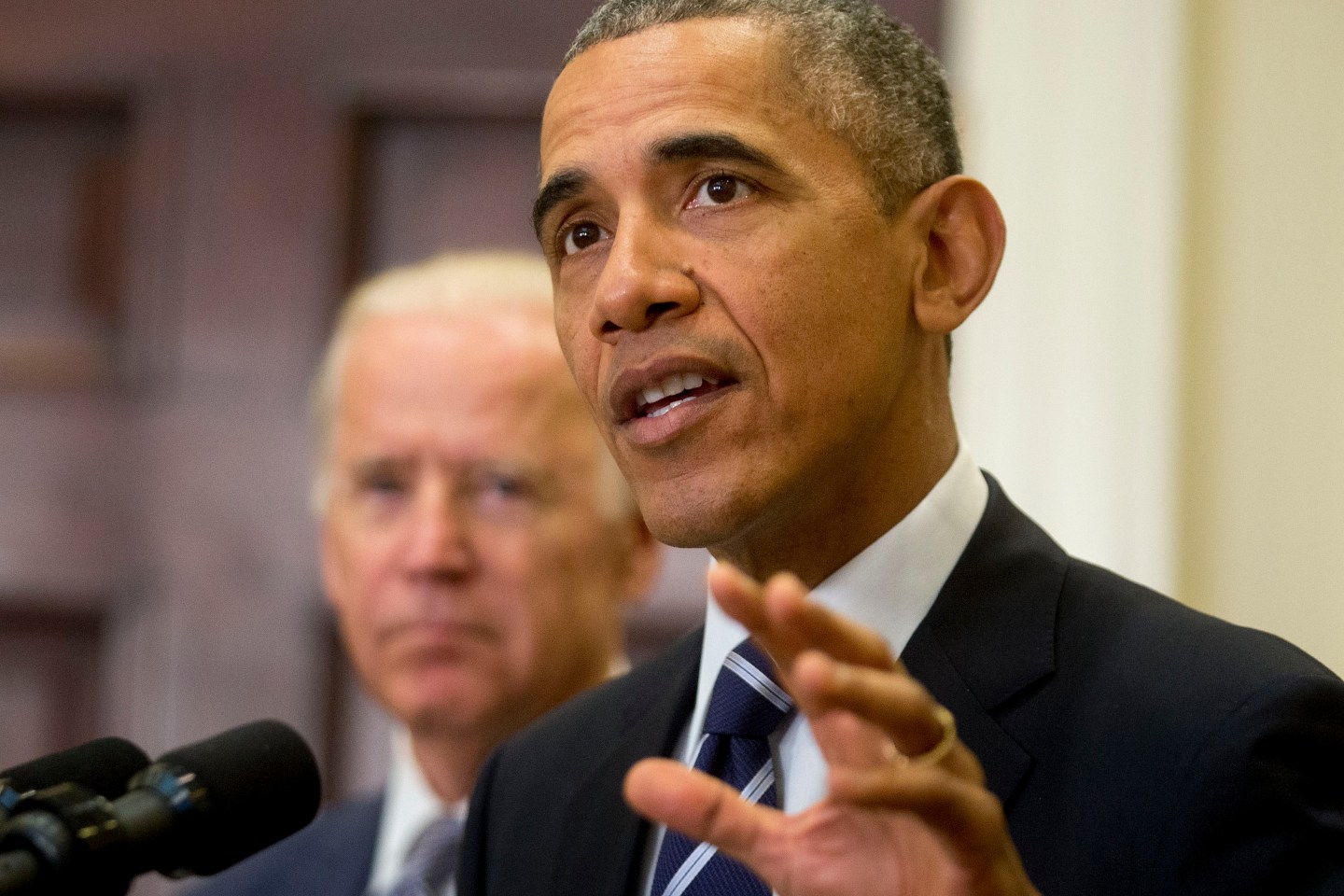 U.S. President Barack Obama, right, speaks in the Roosevelt Room at the White House with U.S. Vice President Joseph "Joe" Biden, left, in Washington, D.C., U.S., on Friday, Nov. 6, 2015. President Obama decided to reject TransCanada Corp.'s Keystone XL pipeline, ending seven years of debate over an infrastructure project that swelled into one of the most contentious environmental issues of his presidency. Photographer: Andrew Harrer/Bloomberg via Getty Images
Photograb by Bloomberg — via Getty Images

In a bid to boost enrollment in the Affordable Care Act, dubbed Obamacare, the White House said Friday that the cities with the least insured Americans that show the most progress in the next few months will get a visit from President Barack Obama.

The rules to win are simple: visit Healthcare.gov before February and take part in the White House’s “Healthy Communities Challenge,” which is a competition for the 20 cities with the most uninsured Americans. The city has the most people signed up by the end of the competition period will get the visit from Obama.

“The victorious community gets bragging rights, a healthier community, and a visit from President Obama to celebrate their success in helping ensure every American has health coverage,” the White House said in a statement.

Here are the 20 cities involved:

The third enrollment period for the Affordable Care Act began Sunday and closes January 31. The Obama administration has set a low bar for signups, anticipating that at best about two million more people will be in private plans sold under the health law in 2016, compared to this year.

The White House says about 10.5 million uninsured people are eligible for coverage but have not yet signed up. They have proved stubbornly hard to reach.