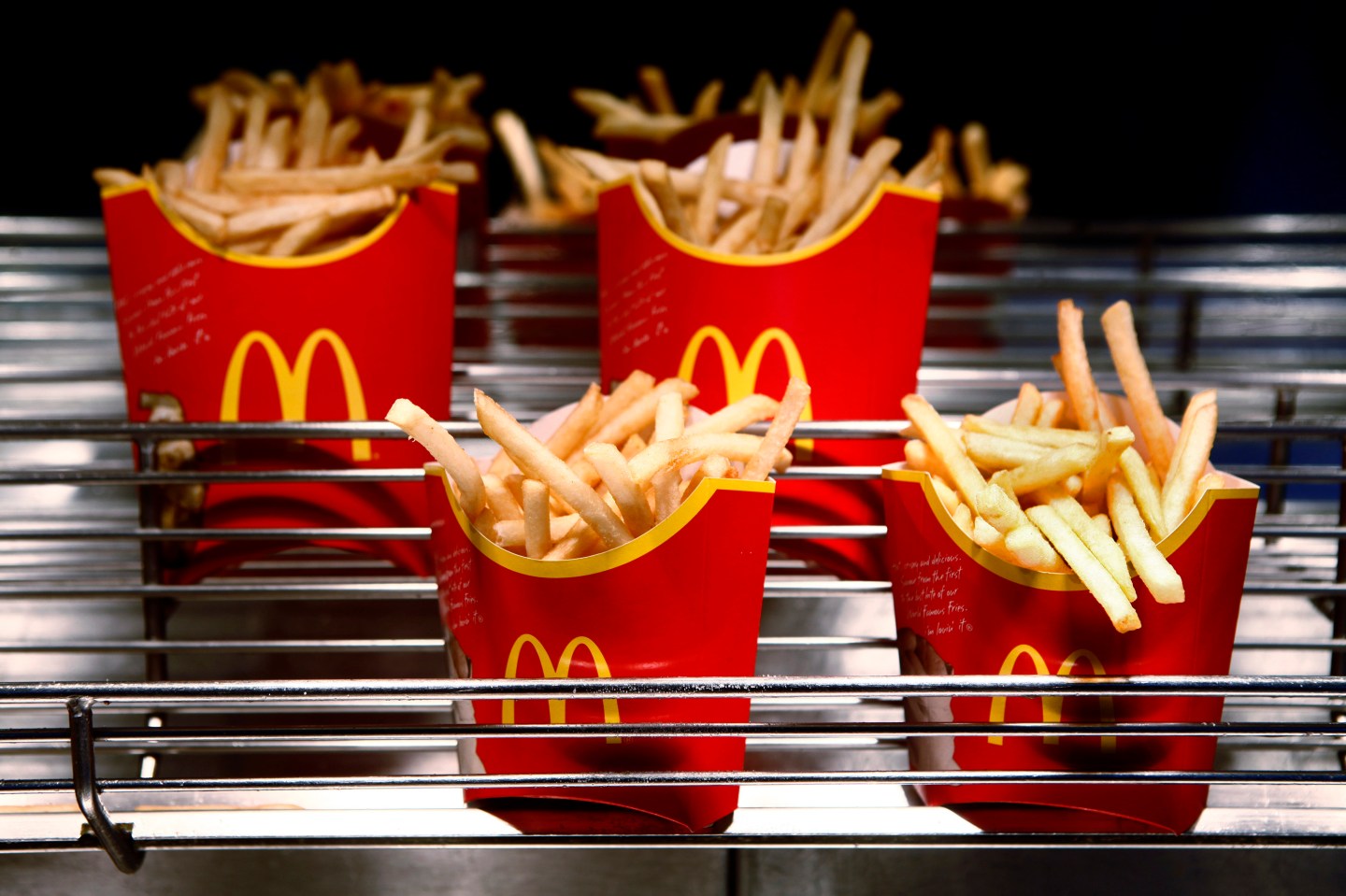 McDonald’s is bringing back its French fries to Venezuela after a 10-month absence. And no thanks to the country’s skyrocketing inflation rates, a large order of fries costs around $126.

That’s a conversion from the 800 bolivars sticker price, according to a report by Fusion. A small-sized fries is only marginally cheaper at 500 bolivars, which translates to $79 according to the country’s current exchange rate. Even at a much more affordable black-market rate, one large fries would still cost nearly 9% of a person’s monthly wage, which is precipitously low in Venezuela.

These prices are down to the South American country’s inflation rate, which is the highest in the world. With crude oil prices dropping, Venezuela has seen its revenue base collapse, since oil accounts for around 95% of the nation’s export revenue, according to Bloomberg. This has caused foreign exchange reserves to dwindle and a shortage of basic goods, leading to a recession and what amounts to a spiking inflation rate.

The Central Bank of Venezuela has refrained from publishing consumer price index figures for 2015, and with good reason. By December 2014, Venezuela reported that annual inflation had reached 68.5%. To put that in perspective, the closest continental compatriots are Uruguay with a 8.9% rate, and Brazil at 6.3% rate, according to the International Monetary Fund.

The IMF doesn’t stop there, projecting that Venezuela’s inflation could hit 96.8% this year, and some analysts believe that number will exceed 100% this year. That means the cost of living in Venezuela will double in just one year. Steve Hanke, an American applied economist at the Johns Hopkins University, believes the real number is astronomical.

#Venezuela's inflation is not 150%, as its gov't says, its actually over 700%. Complete economic collapse is possible http://t.co/HU1PsDIBUM

This leads to ridiculous prices for something like a rotisserie chicken. According to Univision, a chicken used to cost 199 bolivars, or $23 in the exchange rate during October, 2013. Two years later, the same chicken costs 1,390 bolivars, or $219. With no end in sight for the country’s economic crisis, many believe Venezuela is in danger of defaulting on its debt soon.

“It’s a collapsing economy with a massive shortage of dollars, and these guys are printing as much money as they can to survive,” Regis Chatellier, a strategist at Societe Generale, told Bloomberg. “At these levels, the shortage of dollars is such that it will be difficult for them to pay debt coming due at the end of this year. The risk of default is increasing substantially.”