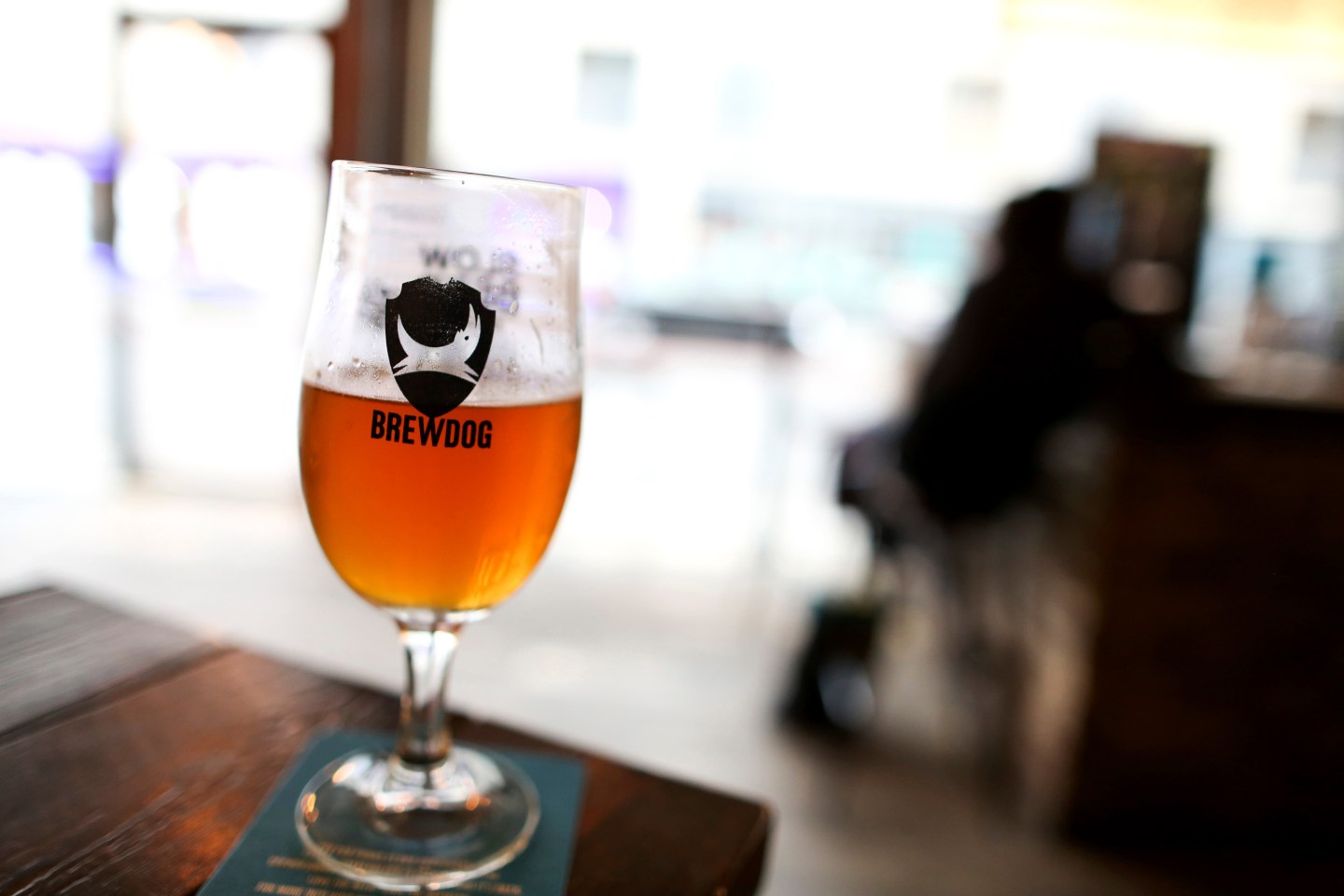 A glass of draught pale ale sits on a table at Brewdog Plc's bar in Shoreditch, London, U.K., on Tuesday, Sept. 1, 2015. The craft beer brewers have raised more than £10 million in a crowdfunding project in which more than 35,000 people have invested, according to a statement on the company's website. Photographer: Chris Ratcliffe/Bloomberg via Getty Images
Photograph by Chris Ratcliffe — Bloomberg via Getty Images

The beer is called “No Label” and is brewed with Jester hops, which BrewDog say naturally change sex during growth. Generally only female hops are used in the brewing process because male hops don’t flower properly. But according to BrewDog, the gender-transforming Jester hops allow male flowers to grow, adding “diversity” to brewing and preventing waste.

Profits of No Label will go to Queerest of the Queer, a London-based lesbian, gay, bisexual, and transgender (LGBT) organization, which will in turn donate them to various charities that support transgender youth communities. BrewDog writes on its website, “We have used these [hops] to emphasize that, just like humans, beer can be whatever the hell it wants to be, and proud of it.”

But not all LGBT activists are on board with the campaign. A spokesperson for London-based rights group Stonewall explained to the Independent that it’s misleading, and that although the “No Label” concept is encouraging, “many trans people do not transition, or identify with binary genders, and BrewDog’s language undermines that.”

BrewDog is no stranger to controversy. The brewer launched an ad in September parodying trans women, and sex workers that many found to be offensive towards the LGBT community. It sparked a petition demanding that the company pull the video. BrewDog responded with a blog post rejecting “that anything or anyone in the video is subject to ridicule or fear other than [itself].” The post included a list of groups that BrewDog says it does discriminate against, which ended with “armchair clicktivists,” a not-so-subtle crack at those who signed the petition.