This Bank Is Building a Robot that Gives Investment Advice 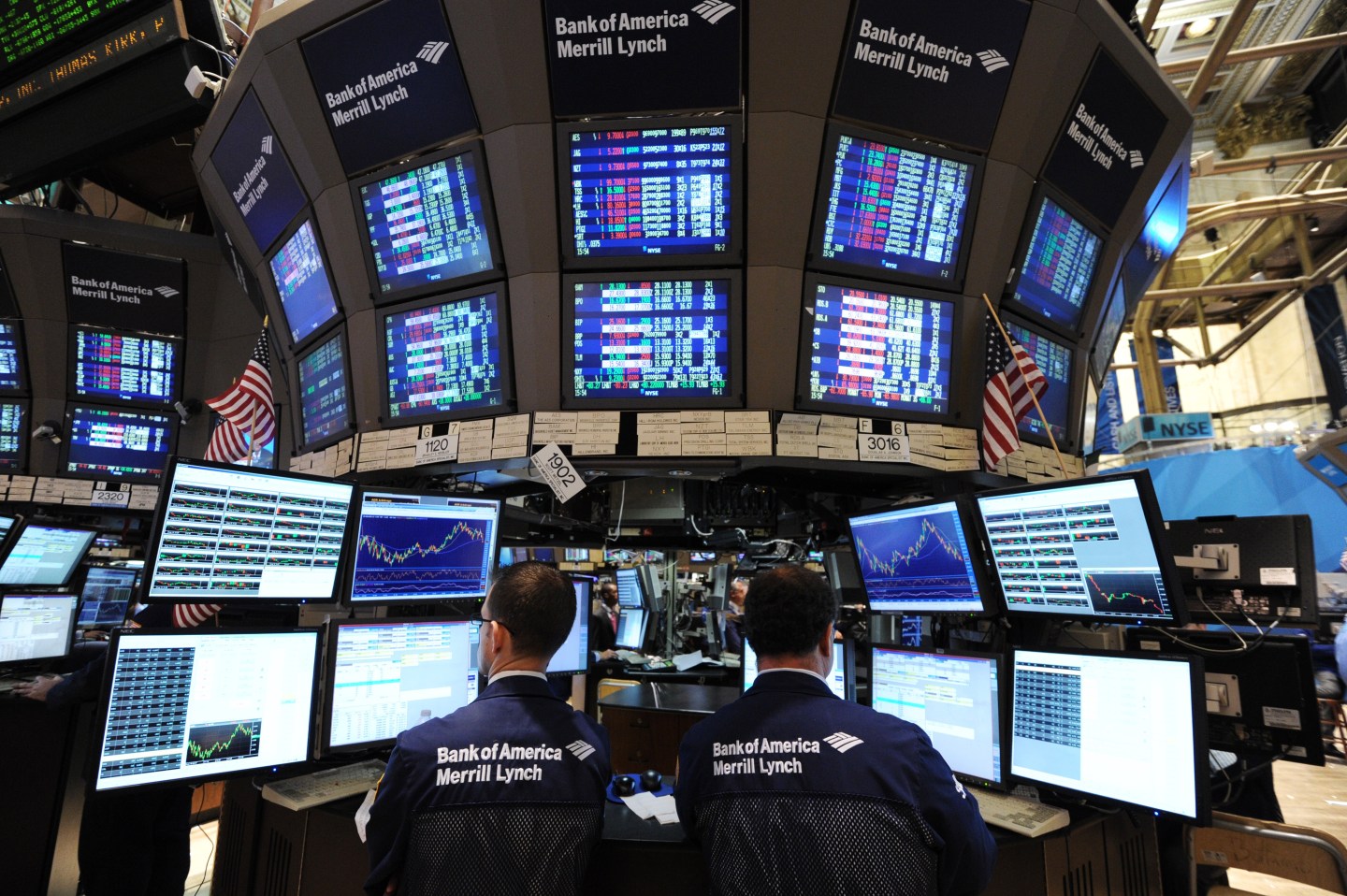 Stock specialists work at the Bank of America/Merrill Lynch post on the floor of the New York Stock Exchange at the closing bell August10, 2011. US stocks plummeted over four percent Wednesday, more than wiping out the gains of Tuesday's rebound as European debt troubles and worries of a new US recession kept investors nervous. The Dow Jones Industrial Average was down 519.83 points (4.62 percent) to 10,719.94 at closing, compared to its 430-point gain on Tuesday. AFP PHOTO/Stan HONDA (Photo credit should read STAN HONDA/AFP/Getty Images)
Photograph by Stan Honda — AFP/Getty Images

Bank of America (BAC) is joining the ever-increasing club of robo-advisors by building its own proprietary automated investment platform, people with knowledge of the project told Bloomberg.

The prototype is being parked under Merrill Edge, the group’s online trading hub, and will target accounts under $250,000, Bloomberg says. The service is set to be launched next year.

This marks another big-firm entrant into the robo-advising field, an emerging, technology-driven area of the investment advice space that replaces human, face-to-face interaction with algorithms that provide advice online or through apps. These robo-advising platforms are especially popular among younger investors: Just 16% of millennials say they work with a financial advisor, according to a study done by Wells Fargo. By 2020, according to A.T. Kearney, robo-advisers could manage $2.2 trillion on behalf of investors.

Startups such as Betterment and Wealthfront have managed to pull early investors away from the traditional brokerages as well, as their robo-advising platforms offer the perks of low fees and a reduced barrier of entry when it comes to minimums. Wealthfront, one of the leaders in the field, reported $1.7 billion in customer assets last year, and almost 60% of its clients are under 35.

“The difference in cost to the consumer is so significant that it can’t be ignored,” Bob Hedges, a partner at consulting firm A.T. Kearney, said in an interview with Bloomberg.

This has prompted bigger banks to build their own robots in an effort to appeal to tech-savvy investors. Charles Schwab unveiled the Schwab Intelligent Portfolios earlier this year, and Vanguard Personal Advisor was launched in the middle of the year. There’s also some interlink between the old and new school: Wealthfront’s algorithms skew towards Vanguard ETFs, said a Wealthfront spokesperson, due to its low cost and higher liquidity.

Update: We earlier stated that Vanguard Group partnered with Wealthfront on their new platform, and that was incorrect. We’ve made a correction above to make the relationship clearer.