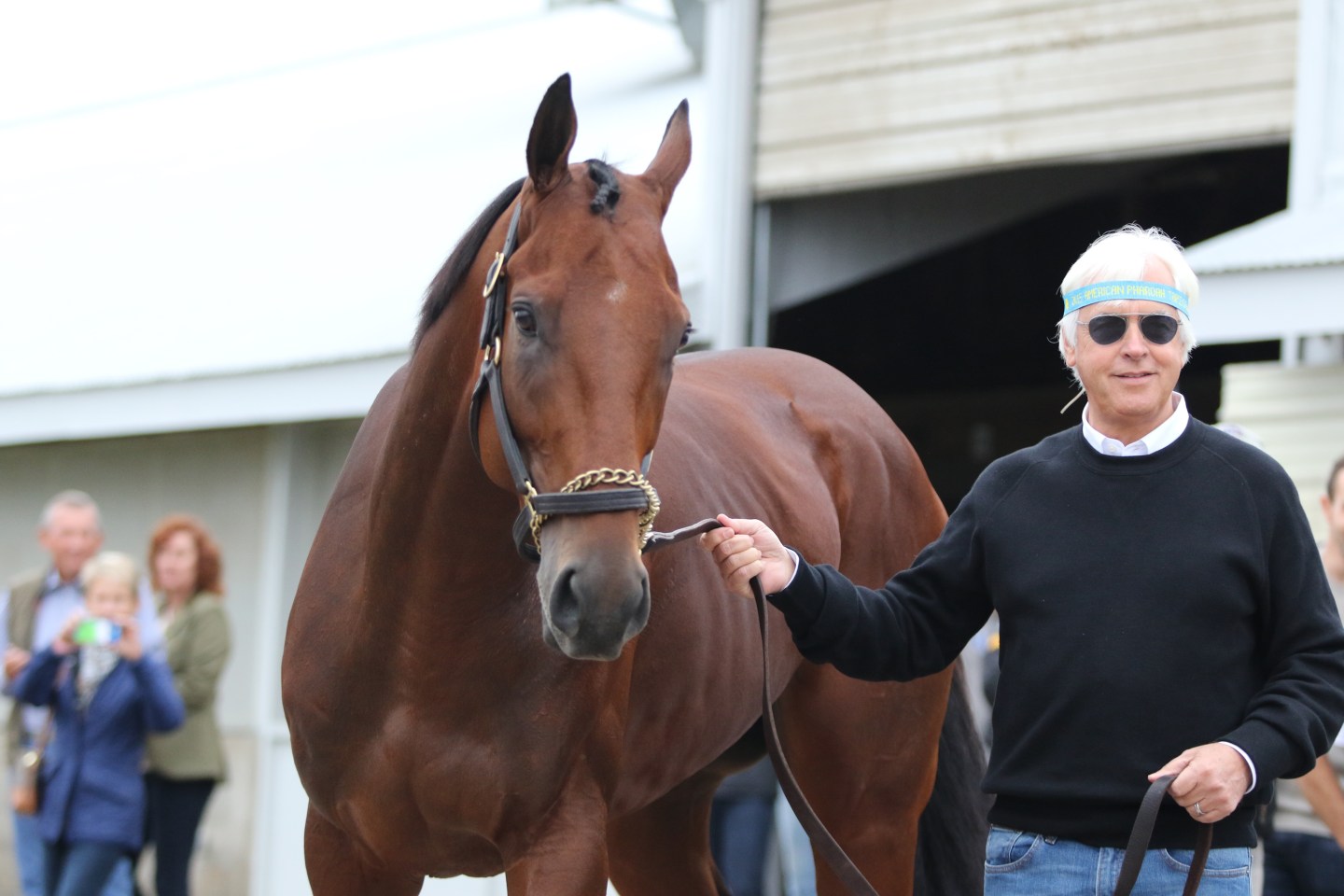 American Pharoah became the first horse in 37 years to win the elusive Triple Crown in horse racing by winning the Kentucky Derby, Preakness, and Belmont Stakes this year. Now, with the horse headed for retirement, he’s slated to make $200,000 each time he’s bred, according to Bloomberg.

Coolmore Stud, which owns the rights to American Pharoah’s mating, is the breeding house.

“Hopefully somebody will drop another horse like this in my lap,” said Pharoah’s trainer, Bob Baffert, after the Breeders’ Cup in an interview with Bloomberg. “It’s going to be a tough act to follow, I’m telling you what, but we’re going to go back to work to try to find another one.”

Typically, a stallion is bred to about 100 to 150 mares a year, meaning Pharoah, at $200,000-per-session, could generate more than $20 million in 2016 alone. By comparison, he earned $8.7 million on the track during an 11-race career that saw him become the first horse in 37 years to sweep the Kentucky Derby, Preakness Stakes and Belmont Stakes.

Due to American Pharoah’s success, the stud fee for his sire, Pioneerof the Nile, could get a boost of more than $125,000 from $60,000, Bloomberg reported.

Fortune previously reported that American Pharoah could be worth as much as $100 million over the next few years. At the time, it was expected that the horse’s stud fee could range anywhere from $100,000 to $150,000.