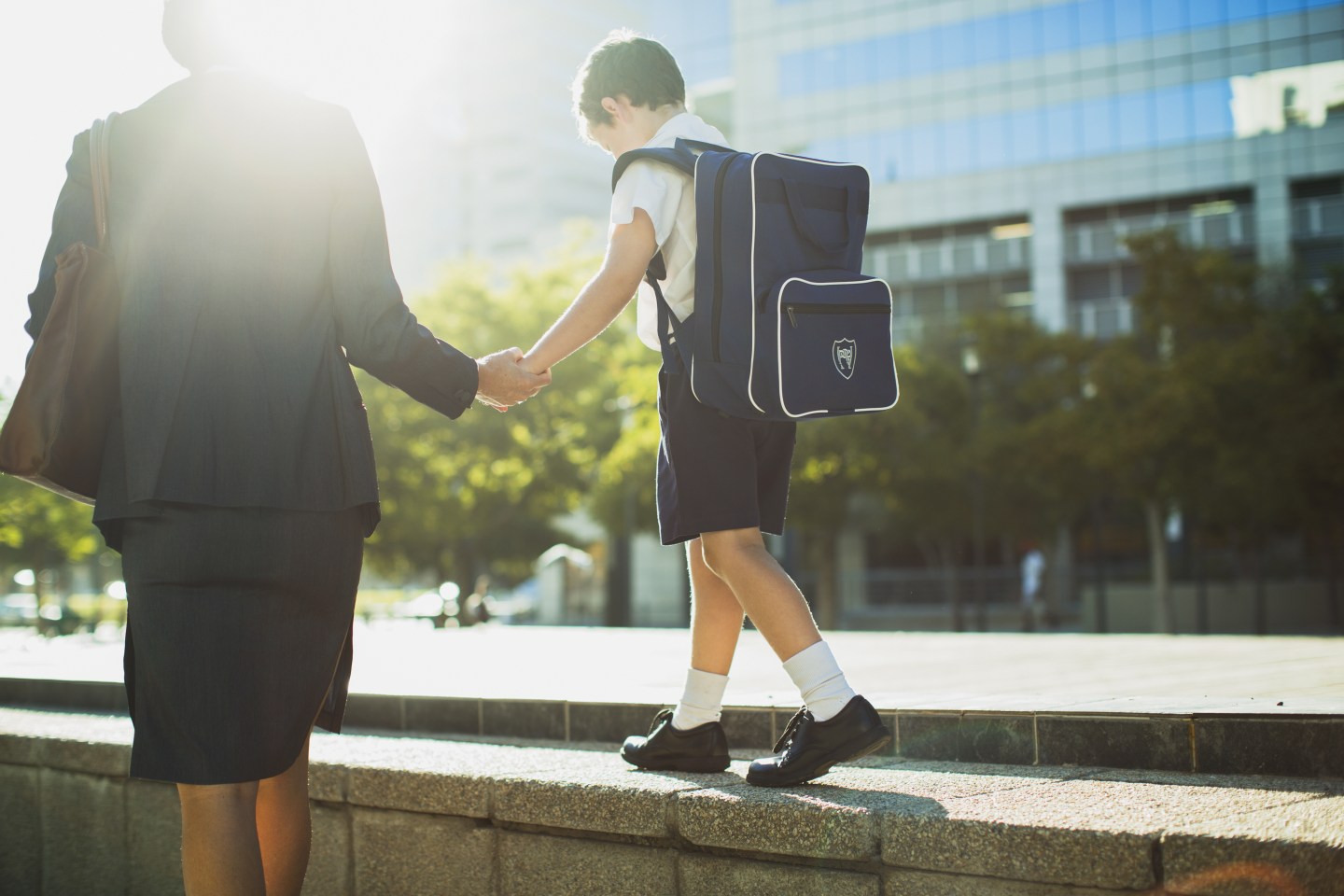 Guess what, working parents? You may be busy, stressed, and tired, but you are not alone.

According to a new Pew Research Center analysis of Current Population Survey data, in nearly half of two-parent households, both parents work full time. Pew surveyed these households, uncovering some fascinating findings about how they cope. Here are five things we found interesting:

1. Having a college degree means you probably have a harder time finding work-life balance.

College-educated mothers and fathers are much more likely than those without a college degree to say it is difficult for them to balance the responsibilities of work and family. Seventy percent of working mothers with higher education say it’s difficult for them to strike a balance, compared to 52% of working mothers without a college degree. For working fathers, 61% of college graduates have trouble juggling work and family, compared to 47% of non-college graduates.

2. Working mothers are twice as likely as fathers to say parenthood has interfered with their careers.

About 41% of working moms say having kids has had a negative impact on their career advancement, compared to 20% of dads. Maybe that’s because dads are more focused on their careers: About half of working mothers who say their partner is more work-focused also say being a parent has made it harder for them to get ahead at work.

3. Almost everyone feels rushed sometimes, but a lot of working moms feel this way all the time.

The vast majority of working parents say they feel rushed at least sometimes (86% of moms and 81% of dads). But for 40% of mothers, feeling like they don’t have enough time is a constant state of being: They feel rushed all of the time. Interestingly, about the same number of moms (39%) feel that they spend too little time with their kids.

4. Moms take care of schedules and sick days, but both parents get in on playtime.

Making sure the kids are where they’re supposed to be and taking care of them when they’re sick falls largely to moms, with 59% and 55% of all parents agreeing that that’s the case. However, disciplining and doing activities with children seems to fall on both: About 60% of parents agree that those responsibilities are shared equally.

Half of the mothers surveyed think they do most of the household chores, but only 32% of dads agree. On the other hand, dads are more likely to say they equally say split those responsibilities equally: 56% say this is the case, while only 46% of mothers agree.