Why You Should Worry About Water 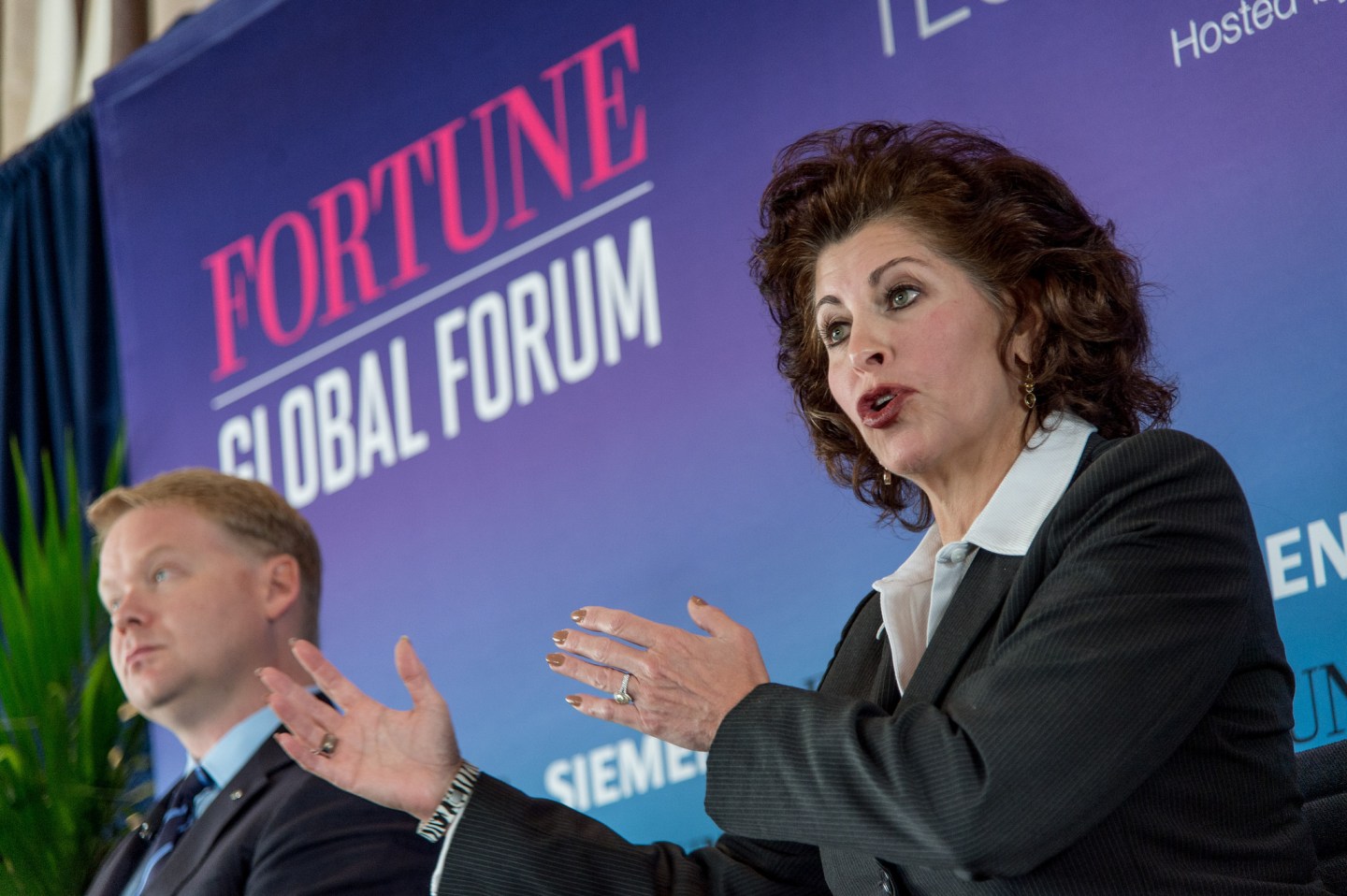 As the world population increasingly moves to cities, the single biggest challenge will be around water, Jacqueline Hinman, the Chairwoman and CEO of engineering giant CH2M, said during a morning discussion at Fortune’s Global Forum on Wednesday.

If you look at the map where much of the urbanization is going to happen, like India, China, and Africa, it’s in areas that are “water stressed,” Hinman said. These are areas where water resources are not only constrained, but also where extreme flooding is becoming a greater problem.

“You can throw all the money and tech in the world at the [water] problem and it won’t change the equation,” said Hinman. She added later that: “There is no energy without water. There is no manufacturing without water. Water is the key issue.”

The World Economic Forum listed “water crises” as its top global risk in 2015. A changing climate could exacerbate water stressed areas, causing both droughts and bigger storms and floods.

Other executives on the session, entitled ‘Building the World’s Urban Infrastructure,’ noted that a major concern for building city infrastructure is access to capital. Victor Chu, chairman of First Eastern Investment Group, said a crucial issue is the “lack of permanent capital,” and said there needs to be more sophisticated financing, particularly equity financing for urban infrastructure.

Brendan Bechtel, president and chief operating officer of Bechtel, noted that the U.S. has faced a “chronic under investment” in its infrastructure. Hinman said that she saw great opportunities in the future for tapping into private capital, including pension funds and sovereign wealth funds, to fund infrastructure.”
To learn more about water tech watch this Fortune video: