Robots: Will They Steal Your Job? 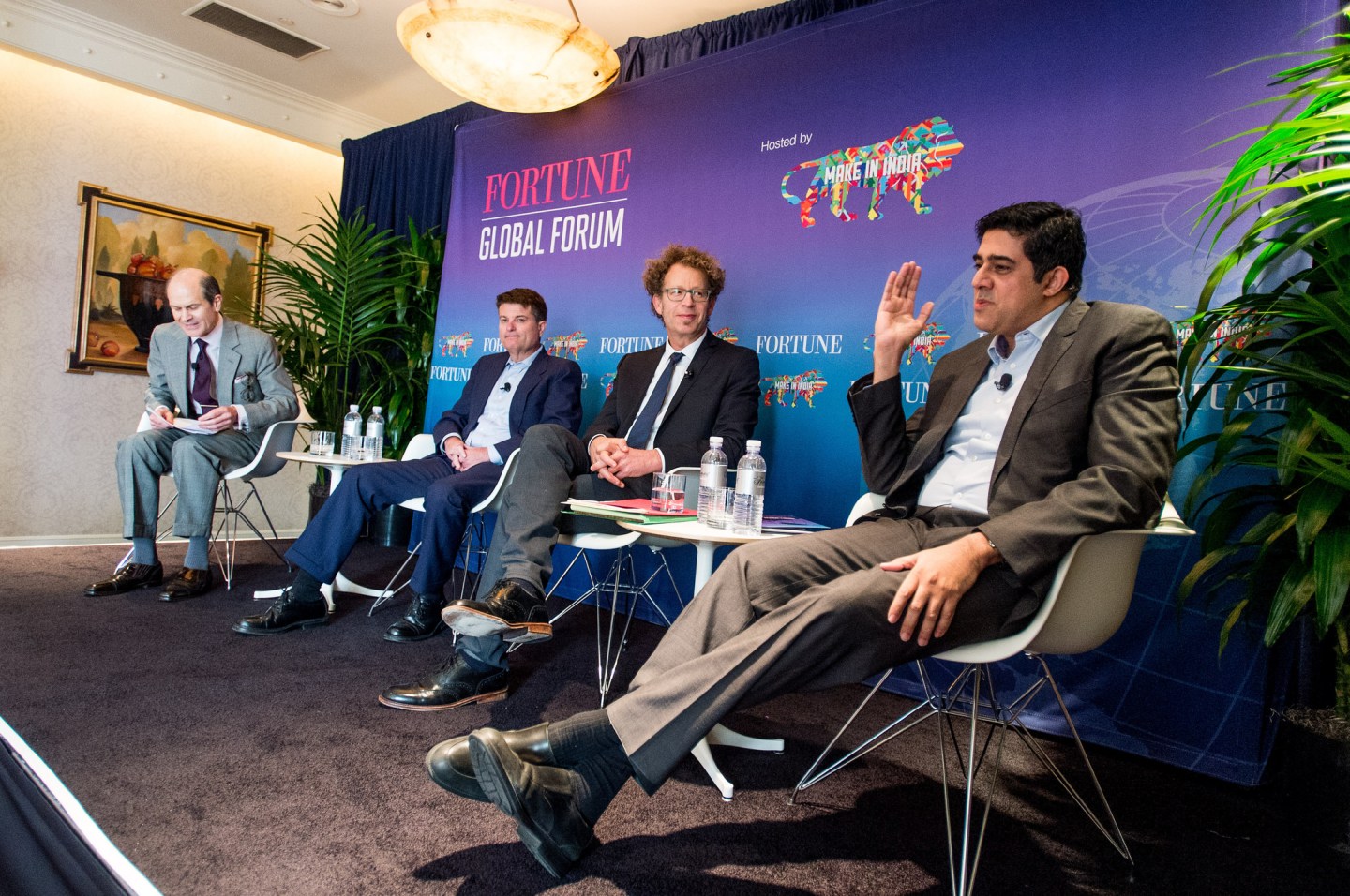 Like a half-empty or half-full glass of water, robots in the workplace are either going to kill jobs or create new ones.

At a breakfast roundtable at Fortune’s Global Forum on Wednesday, leading robotics experts agreed that advances in computing are making robots far more useful to businesses. But as for the impact, the panelists disagreed about whether robots will put humans out of work.

Martin Ford, author of The Rise of the Robots: Technology and the Rise of the Jobless Future, sounded the alarm about the increasing adoption of robots means that more routine and repetitive jobs like brick layers and some office work will be replaced by machines. Ford doubted the trend would create massive unemployment, but it would rather increase disparity in wages between low-skilled workers whose jobs are threatened and top management who are generally safe.

“I do think there is a lot of evidence to suggest that information technology is playing a large role in that,” Ford said about displacing workers.

Ken Goldberg, a University of California, Berkeley professor in engineering and the director of the university’s People and Robots Initiative, disagreed with Ford. He said that advancements in robotic technology “are not as dramatic as they’re portrayed.” Most robots with mechanical limbs have the “dexterity of a two-year-old child,” Goldberg argued. A huge amount of work remains before making robots skilled enough to replace skilled labor, he said.

“Technology has advanced, but I don’t think there is any evidence that shows we are facing any crisis,” Goldberg said.

Rajan Navani, vice chairman and managing director of packaging specialist Jetline Group, pointed to advancements in automating manufacturing work that may displace employees in the short-term. However, the next-generation of workers are more technologically savvy than their predecessors, he said, and have skills that will likely keep them in their jobs.

“At the end of the day, I see a much better world,” Navani said.

All the panelists agreed that workers of the future need to be adaptable and prepared for change. Still, talk of robots replacing some work tends to worry some people. Goldberg attributes that to popular culture and the popularity of stories like Frankenstein that cloud reality.

One breakfast attendee expressed concern that robots could one day become so advanced that they may someday operate a futuristic world in which humans remain “hooked up to pleasure machines” — in a state of satiated bliss. Goldberg tried to reassure everyone against worrying and said we “can’t project ahead and say cyborgs are going to take over, and we’ll be hooked to feeding machines.”

For more on robotics, check out the following Fortune video: