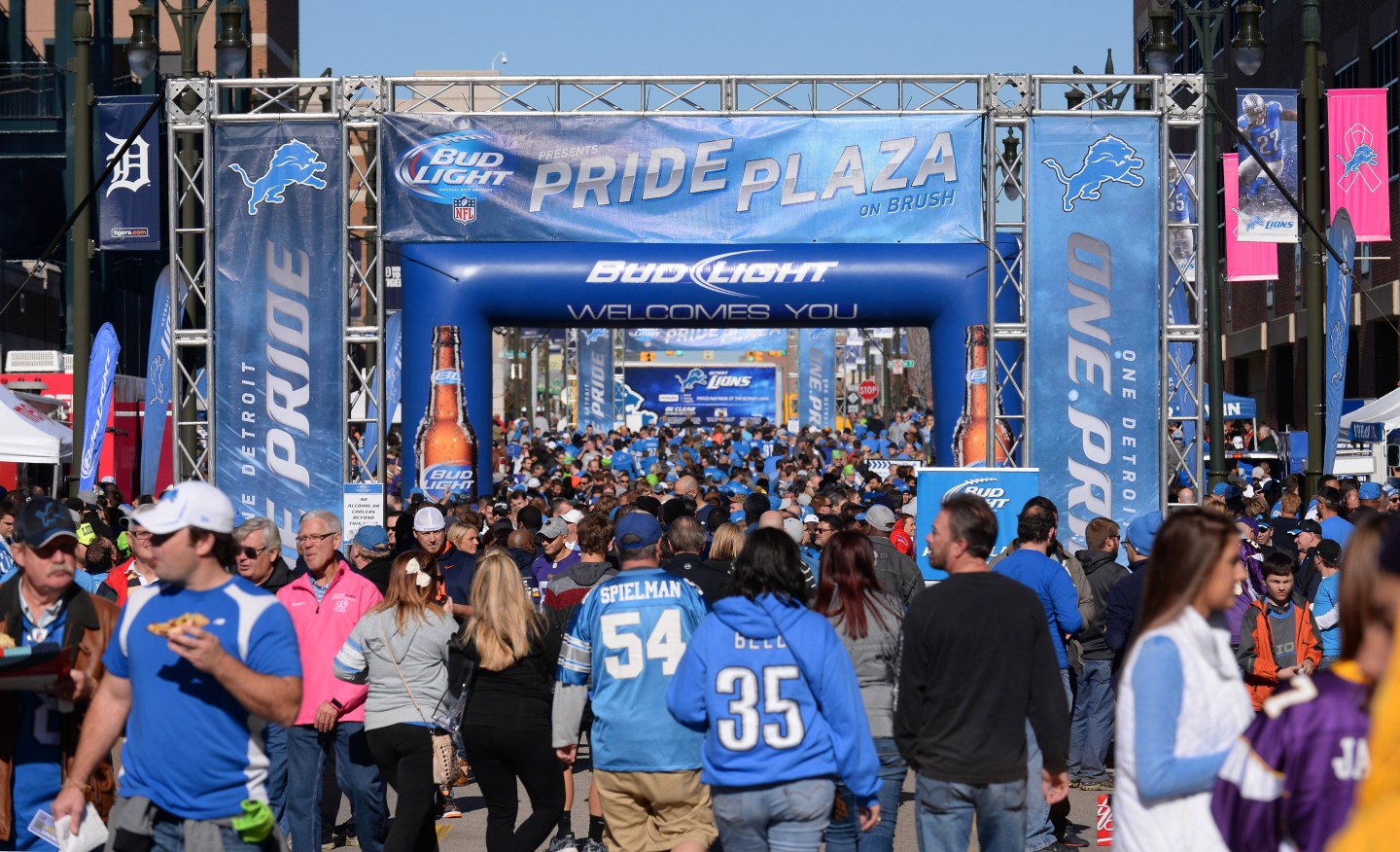 In case you thought the NFL had become any less appealing to consumer brands after its scandal-filled season last year or its penalty-filled season this year, think again. Bud Light, the official beer of the NFL since 2011, has renewed its sponsorship through the 2022 Super Bowl. And parent company Anheuser-Busch InBev paid $1.4 billion to do so.

When AB InBev first inked this deal in 2011 (to last through the 2017 Super Bowl) it paid $1.2 billion, replacing Coors Light as the league’s lager. Other beer brands are permitted to advertise with the league, but wearing the football beer crown comes with its perks: only Bud Light can use the NFL shield in its advertising; only Bud Light can use all 32 NFL team logos on its cans; and, as part of its extension, Bud Light will be the first NFL sponsor permitted to use game highlight footage on its website and social media pages.

That latter ability is no small gain for Bud Light—football fans love football video content and have proven it time and again, especially through the rise of fantasy football, spurred by the growing interest in detailed stats and research. (Look no further than the name of the NFL’s bold new app launched last year, NFL Now; fans want NFL content and they want it now.) But it’s also no guarantee that Bud Light can reverse its sales trend: it has been the No. 1 beer in America since 2008, but its volumes have fallen more than 10% since then as big incumbent brewers lose ground to independent craft beers. Back when AB InBev first signed the NFL deal in 2011, CEO Carlos Brito said that the brand, “has 21 percent of the market share in the U.S.” and that thanks to the NFL deal, “we can do even better.” But it did not.

Still, the NFL chugs toward $10 billion in revenue and keeps attracting new sponsors like Hyundai. It did not lose any major sponsors from last season’s domestic violence crisis, despite many of them having issued statements of concern.

For AB InBev, the deal extension comes at a time when the company is deep in complicated talks to merge with SABMiller, which would involve a number of concessions to anti-trust regulators but, if approved, would ultimately make the world’s biggest beer behemoth even bigger, giving it more than 30% of the global market. It’s fitting, then, that the king of brewers would keep its relationship with the king of American sports.