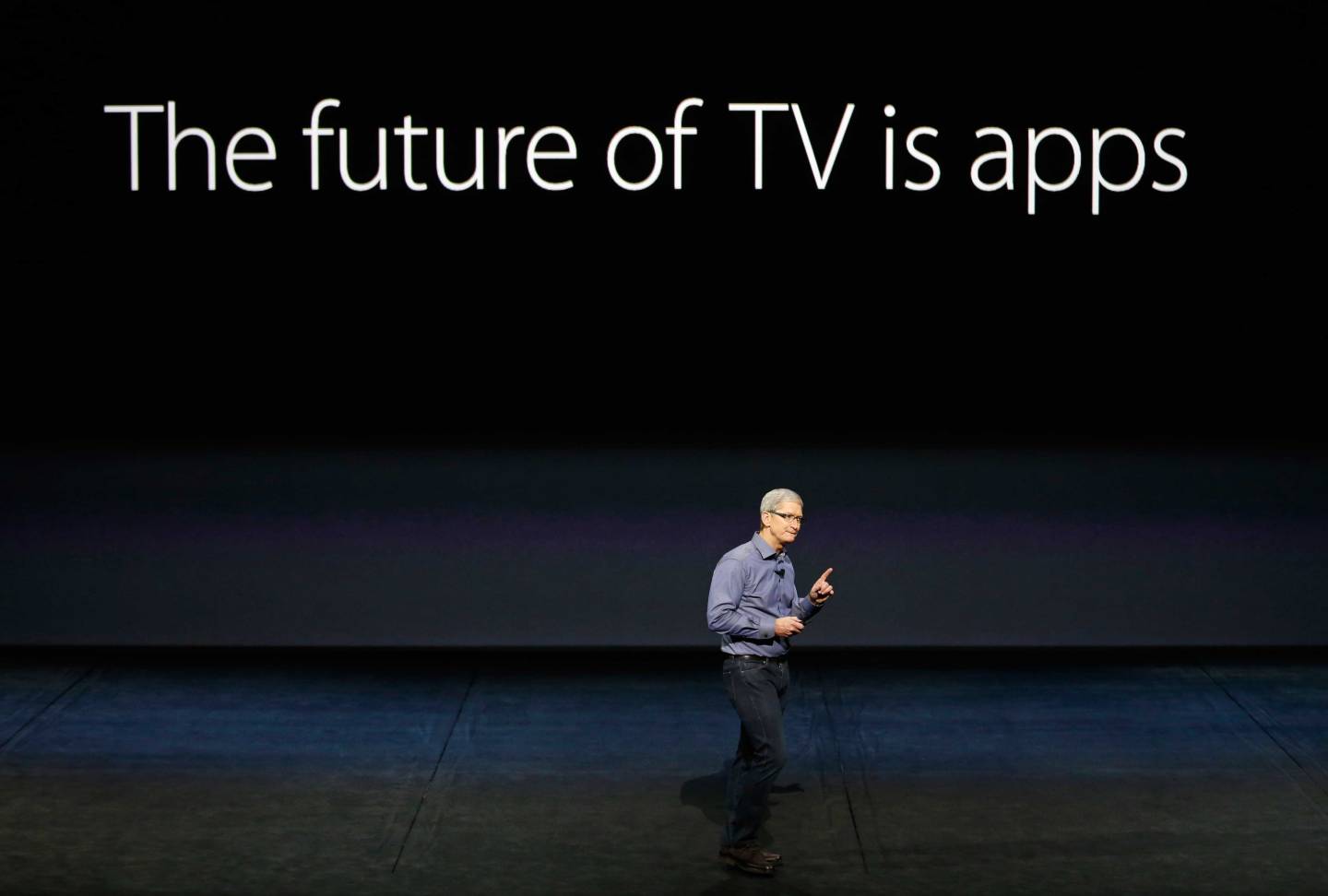 When Apple (AAPL) announced the first update to Apple TV in more than three years, applications were at the heart of the announcement. Apps, as Apple would have you believe, are the future of television.

We’re still months—perhaps years—away from coming close to realizing that dream. But software developers are busy working on updating existing iOS apps, as well as creating all-new experiences, for a screen much larger than the one we carry around in our pockets or rest on a desk.

Fortune spoke with Scott Olechowski and Elan Feingold, co-founders of Plex, about the challenges and triumphs of developing their media collection app for Apple TV.

Users install the Plex app on a home computer or server. With it, a person can access his or her personal media libraries—spanning movies, TV shows, music, and photos—from anywhere and on nearly any device.

Until now, accessing a Plex library on the Apple TV required enough tech-savvy to implement workarounds that made the app more work than it was worth for most users. The company also offers apps on other streaming platforms including Roku, Amazon’s Fire TV, and Microsoft’s Xbox One, but Apple TV was always a no-brainer, Olechowski says.

“We wanted to do this for years,” Olechowski said. “The bigger debate was can we move enough stuff aside and get enough people? And would the platform be cooperative enough for us to be [in the App Store] at launch?”

Plex developed its Apple TV app in five weeks. That short span came thanks to the company’s access to two development Apple TV units used for prototyping and testing the finished product. The development cycle was also accelerated by Apple’s development tools, which allowed Plex to reuse “80% to 90% of the core code” found in its iOS app to power its Apple TV app. (The Apple TV is powered by tvOS, a similar but different operating system than iOS.) Feingold estimates developing the same “caliber” of app for another platform would have taken five to 10 times longer.

Though Plex didn’t need to rethink how its app would function on a larger screen—its purpose fundamentally incorporates that perspective—many other software developers aren’t as lucky. For example, we’ve grown used to real estate apps from Airbnb and Zillow on the small screens of smartphones and tablet computers. But what should they look like on a full-size television? Does the same experience still make sense?

For that reason, neither company is positioning its Apple TV app as a direct replacement for its mobile and desktop offerings. Airbnb framing its app as a means to get ideas and spark interest in new vacation spots, by presenting destinations, and highlighting places available for rent. Airbnb is putting its photo catalog on display, highlighting places you can stay in each destination. You can’t read reviews, or check availability using your TV. Users can save places using the TV app, for further research and completing the reservation through the website or mobile app.

Zillow’s approach is to help its users stay up to date on local real estate trends. More interestingly, the company has added its Zillow TV platform to the app. Users can watch videos containing home improvement inspiration and tips, a feature previously only accessible through Zillow’s website.

Fortune also asked various developers about the impact that Apple’s file size requirement (all Apple TV apps must be less than 200 megabytes) would have on the development process. Most quickly pointed out that Apple has provided developers with a tool it calls “On-Demand Resources” making it possible for apps to download content, such as new levels in games, only when needed. Game development company Hibernum rebuilt one of its titles, Bruce Lee: Enter the Game, for the Apple TV with help from the tool.

According to Louis-René Auclair, vice president and chief brand officer at Hibernum, the seemingly strict requirements will actually benefit the company’s apps in the long run. “With the ODR feature introduced by Apple, we were able to drastically decrease the required storage space. Once in place, the process was transparent for the development team,” Auclair said. “Since we’ve now explored this technology on the Apple TV, it will also allow us to take advantage of this feature on our future iOS mobile productions.”

The overall consensus among the software developers Fortune spoke with was one of excitement mixed with curiosity. No one truly knows what the app landscape is going to look like on the Apple TV several months down the road. Gaming and entertainment apps such as Plex are an obvious fit, but one has to help wonder what the breakthrough app for Apple TV is going to be.

Whatever it is, after talking to numerous developers, it’s clear the tools Apple has given developers of tvOS apps aren’t going to get in the way.

For more on Apple TV, watch this Fortune video: