Standard Chartered is the latest big bank to slash and burn 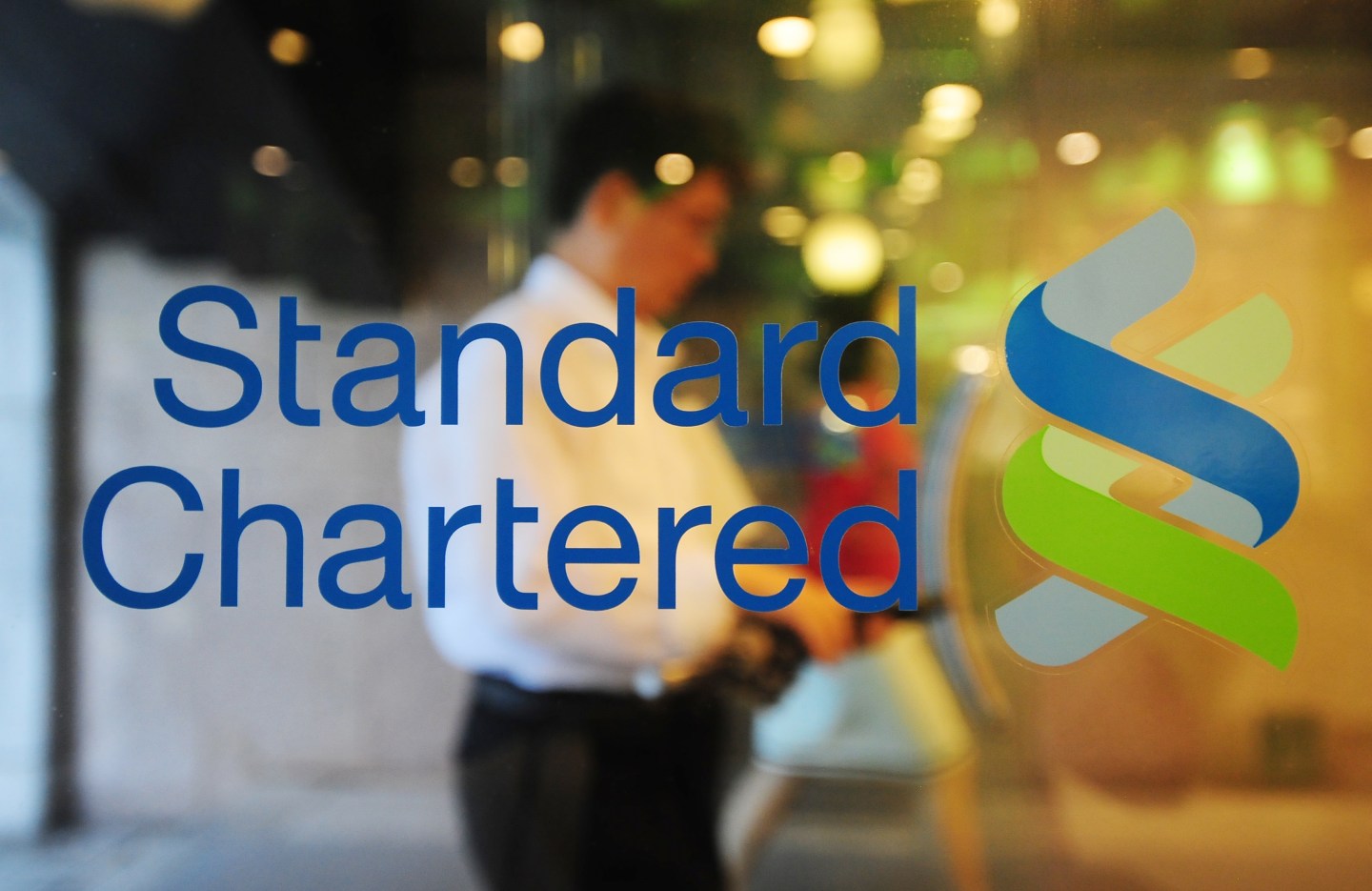 A man walks past a logo of Standard Chartered bank at the headquarters of SC First Bank in Seoul on June 27, 2011. Thousands of workers at Standard Chartered bank's South Korean unit went on strike in protest at management efforts to push ahead with a performance-based pay system, a union chief said. AFP PHOTO/PARK JI-HWAN (Photo credit should read PARK JI-HWAN/AFP/Getty Images)
Photograph by Park Ji-Hwan — AFP/Getty Images

Standard Chartered Plc (SCBFF) became the latest of Europe’s big banks to announce a radical overhaul Tuesday, saying it will cut 15,000 jobs, shed $100 billion of assets and raise over $5 billion in new capital.

The London-based emerging markets specialist’s announcement follows efforts by Deutsche Bank, Barclays and Credit Suisse in the last few weeks to steer a new course that will satisfy both shareholders and regulators and make a break with a past decade full of misconduct scandals and soured business bets–and come to terms with a structural slowdown in its biggest market.

If anything, Standard Chartered’s announcement is the most radical of all, reflecting an austere vision of the new chief executive, JP Morgan veteran Bill Winters.

Like Deutsche, StanChart is getting rid of its riskiest assets, and those in marginal countries where it can’t make a return. In StanChart’s case, this amounts to nearly a third of its whole balance sheet ($105 billion out of a June 30 total of $326 billion in risk-weighted assets). And like Deutsche and Credit Suisse, the new strategy makes a big deal of targeting “more affluent retail clients” as it goes after a piece of the more stable wealth management business. It’s also raised its target for annual cost savings by $1.1 billion to $2.9 billion.

Like Credit Suisse (but in contrast to Deutsche), StanChart is admitting that it’s going to need a lot more capital to do all this while it gets the regulators off its back. Winters is asking shareholders for 3.3 billion pounds ($5.1 billion) in new capital, raising the share count by 28%. The shares will be priced at 465 pence, a steep 35% discount to Monday’s closing price.

Some of that will go to filling the hole made by $3 billion of write-downs related to goodwill and redundancy costs, all announced today. But the capital hike also reflects how badly out of fashion its emerging market focus is. The EM slowdown, particularly in China, means that the bank has to ascribe higher risk-weightings to its assets in those markets, and a riskier profile needs more capacity to absorb possible losses.

The bank has also said it won’t pay a final dividend for 2015, although that’s not quite as radical as Deutsche CEO John Cryan’s decision last week to suspend dividends for two years.

“The comprehensive programme of actions announced today in the strategy review will result in a lean, focused and well capitalised international bank, poised for growth across our dynamic and growing markets across Asia, Africa and the Middle East,” the bank said.

The stock market has pushed the shares down 10% in London in early trading. While market participants had been braced for the strategic review, they had underestimated the impact on business from the slowdown in China, India and the commodities markets. Revenue slumped 19% on the year to $3.68 billion, while loan loss provisions of $1.23 billion pushed it to a pretax loss of $139 million.