An Open Letter to Sheryl Sandberg 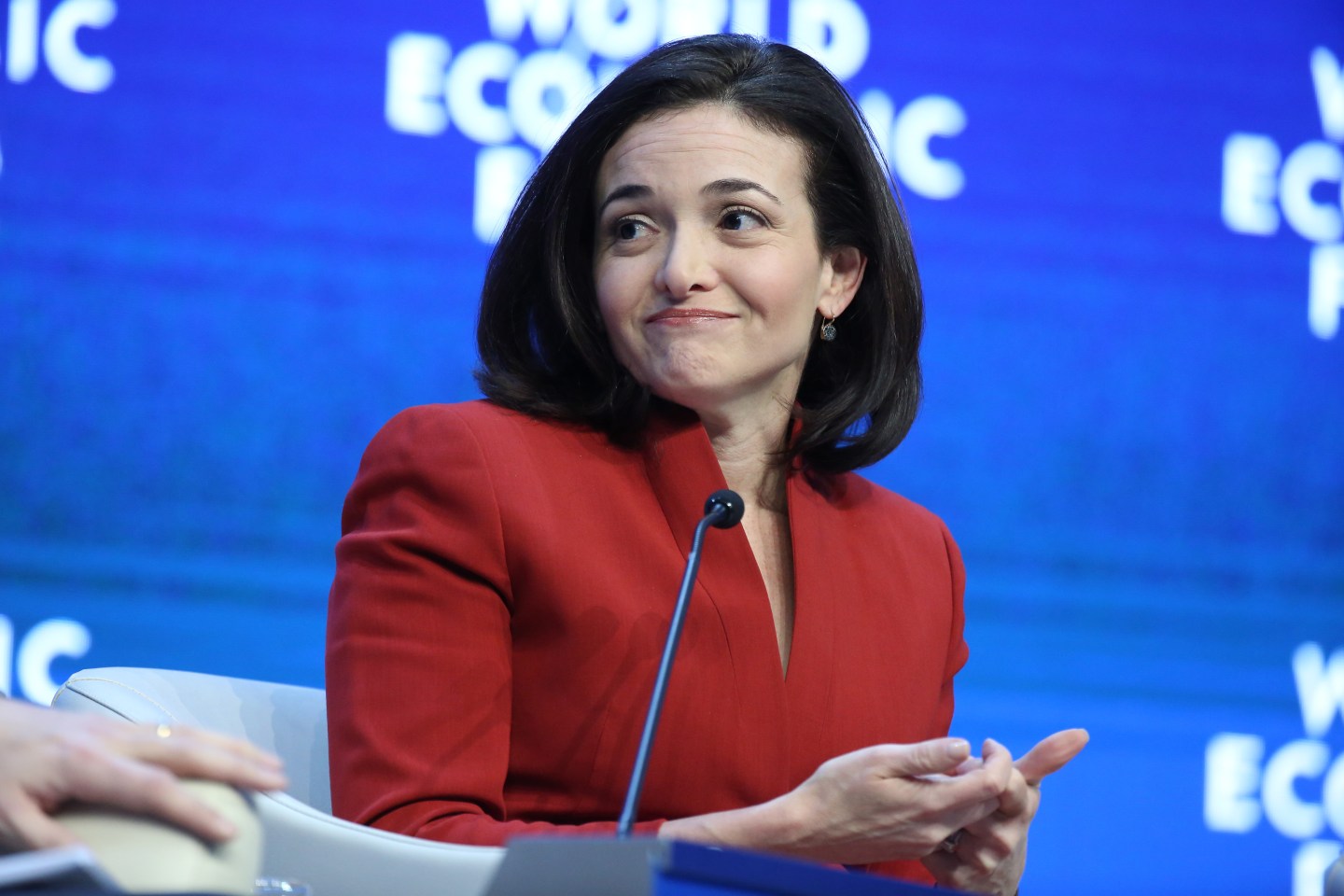 The following is an excerpt from You’re the Best: A Celebration of Friendship, a new book from the Satellite Sisters—Julie, Liz, Sheila, Monica, and Lian Dolan. The Dolan sisters created the Satellite Sisters as a radio show and website in 2000 and have since expanded to include a blog, a podcast and a series of books, racking up 13 Gracie Allen Awards for excellence in women’s media. This excerpt comes from Liz Dolan, CMO of Fox International Channels.

I love you, Sheryl Sandberg. You’re doing a bang-up job running Facebook, cowriting that “Women at Work” column in The New York Times, publishing Lean In, and starting LeanIn.org to further the mission of the book.

I couldn’t have done better myself. Hahaha. Or LOL, as they say in your world.

You inspire me, and you’ve been through a lot, and you seem like a very nice person. I’m always rooting for you, Sheryl.

There’s just one thing. As you see it, work/life balance is always imagined as a seesaw with work on one side and family on the other.

That’s all fine, but when do I get to see my friends? You know: have fun, eat too much, and laugh so hard you split your Spanx. Can I lean into a little more of that?

I’m thinking that maybe life is more of a merry-go-round than a seesaw, and everyone’s on it together, including my friends. What do you think, Sheryl? Is the merry-go-round metaphor working for you? I know you said that careers are a jungle gym, not a ladder. I agree on that one.

Your Lean In Circles sound very productive, too, Sheryl. I mean it. I’m sure they’re great. I’m just concerned that your Circles are…well, a little more additional work than I have in mind. They sound nothing like my book club. In that club, we ditched the books altogether so we didn’t have to waste time talking about Haruki Murakami and Hilary Mantel when we had so many better things to catch up on.

Frankly, the only leaning in we did was over the lasagna. I hope you aren’t disappointed, Sheryl. It’s a really fun group. You should stop by some time. Or Facebook in, though you wouldn’t get any lasagna that way.

Don’t get me wrong about work, Sheryl. I am definitely a Leaner-Inner. I’ve worked hard, spoken out, and been in the mix my whole career. I sit at the table.

But there’s something else that’s really important to me about finding professional satisfaction. Workplaces are great places for women to make lifelong friends. Don’t take this personally, Sheryl, but before Facebook, the definition of “friends” was different. You had to have actually met them. It was called face-to-face, not Facebook. Human contact was the key ingredient. Workplace friends have been a very important part of my life since the beginning of my career. Work is hard, the business environment is demanding, and we all need a cheering section when the going gets tough. That’s why these women are so important.

Here are some of my most important friend groups:

The Rumbledolls: When I worked at NIKE, I was part of a running group that met every morning at 6 a.m., rain or shine—mostly rain, it being Portland and all. We were five women who met at work and somehow managed to figure out that we had lots more to talk about than the professional environment allowed us. That’s what those mornings were about. We talked so much that we even talked ourselves into running the New York City Marathon together. That’s why we had a team name. We all finished the race, so as a team we did something none of us could have done as individuals. This was a while ago, Sheryl, so the Rumbledolls never cooked up a Facebook page to keep connected, but we still spend time together in the real world. Or in real time, as they say in your world.

The Half-My-Agers: One of the things I really love about my current job is that my female colleagues are half my age. Srsly. Half. They’re just getting married, just having babies, and they haven’t quite figured out that they don’t actually need to work all night and every weekend (which provides cover for a wily veteran like me, who has that figured out). It makes for a really fun environment and keeps me on my toes. You probably relate to this, Sheryl. Isn’t everyone at Facebook, like, twelve?

Girls Nite Productions: I belong to another girl gang. We’re women who met in the sports world across all kinds of jobs: television producers, athletic-gear marketers, on-air talent, professional athletes, network execs. The nature of the business is that we’d run into each other at events like the US Open, the Final Four, and the Olympics. We are your people, Sheryl, total Lean In types, intense and hardworking, but when we’re together, we mainly lean in to order a drink at the bar during our regular nights out. Does that count? I think it does.

Here’s the truth about workplace friendships: the bond is intense when you create something together, survive a terrible boss together, make a lot of money for your company together, or lose the whole pot in one disastrous move together. Stuck in cubicles for years, on the road together for weeks, holed up in conferences rooms for weekends—but together all the time.

It’s great when one of you becomes the boss, and it really sucks when a dozen of you get laid off. Sometimes the jungle gym becomes a jungle. That’s when we really need each other. The true friendships you form when you are engaged professionally last way beyond any current job and longer than most actual companies in, say, Silicon Valley.

Not your company though. I’ll bet yours lasts forever. (I’m a big fan :))

So thanks for everything you do and say, Sheryl.

I just wanted to speak up, add my ideas, and lean into the subject a little.

As they say in your world, #YoureTheBest.

Excerpt from You’re the Best: A Celebration of Friendship by The Satellite Sisters, published by Prospect Park Books.