Gender bias forced me to quit Quiksilver’s board 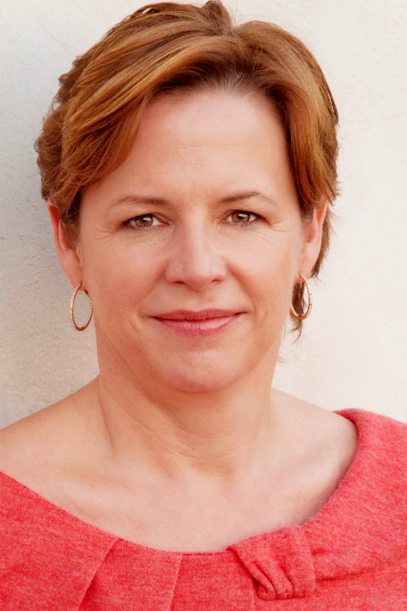 Editor’s note: Usually, corporate board of directors’ conflicts are kept behind closed doors. But recently, Fox International Channels CMO Liz Dolan resigned as the sole female member of the board of Quiksilver, the action sports and apparel company. As the Wall Street Journal reported, Dolan, a former CMO of Nike(NKE) and the OWN channel had quit in protest, saying the Board deliberately left her out of the discussions that led to the firing of the CEO Andy Mooney and hiring of his successor, Pierre Agnes. Here Dolan, who also is a cofounder of the popular podcast Satellite Sisters, explains in detail her decision to quit. Quiksilver’s spokesperson declined comment.

Until last week, I was a member of the Board of Directors of Quiksilver. I know that few women are on corporate boards of publicly-traded companies. I was proud to be one of them. I’d served on this board for 18 months and took my responsibilities seriously. During that time, I’d missed just one board meeting.

But on May 28, I resigned. Why? Because I learned my fellow directors excluded me from a series of critical conversations in which they decided to fire the CEO, Andy Mooney, and appoint a successor. Hiring and firing the CEO is the most important job of a corporate director. So why did my fellow board members see fit to exclude me from these obviously important conversations?

I was given many explanations – which I’ll recount here — but I think it all boils down to one single answer: Unconscious bias. And what I learned is that even when a woman earns a seat at the table, the men can put you in a soundproof booth.

Two months ago, after I missed that first board meeting my fellow directors started the process of replacing the CEO. Over the next 10 days, the group had conversations and calls about a management change. At no point did a single one of my fellow directors reach out to include me. During those key 10 days, instead of letting my voice be heard in a conversation I had every right and responsibility to participate in, they effectively chose to silence me by keeping me in the dark.

I learned about the change in management while on an airplane, when I opened an email with documents for a board meeting that was taking place while I was in the air. When I landed, I immediately called a fellow director and he helpfully explained to me that everything was “done and dusted.”

That quickie board meeting made the changes official. Afterward I asked four directors why I’d been kept in the dark. I was told it was because, “it was very important that the CEO not know in advance what was happening.”

Mooney and I had been senior executives at Nike at the same time. I never worked for him, nor he for me, but we were peers and friends – and still are. Before I was elected by the shareholders to the board 16 months ago, I interviewed with all the current directors. When they asked about my relationship with the CEO, I told them all of this.

To every director who asked me whether I would be able to replace the CEO if necessary, I said yes. Like them, I am a businessperson. I understand the tough decisions that we all need to make. I thought my answer had satisfied them. Apparently not.

The directors also told me I was kept out of the discussions because they thought I would “be too conflicted.” I tried to explain to each of these directors that some directors are not more equal than others. I was elected to the board because I am an accomplished global marketer, which is what Quiksilver needed, not because I was the CEO’s friend. I wish they had seen me as an accomplished professional, as their peer.

I couldn’t help but thinking about their own “conflicts.” After all, they were the ones who had actually hired him. And what about all of the board members who are former colleagues, golfing buddies or, in Quiksilver’s case, surfing buddies of the CEO? Would board members have frozen out another man on the board because he was a former colleague of the CEO? I do not believe I would have been marginalized if there were other women on the board – or if I were a man.

To me, it was a very clear case of unconscious bias. Because I had a previous professional relationship with the (now-former) CEO, the board assumed they knew how I would have voted based on a biased assumption that I’d vote to keep my “friend. ” Because that’s what girls do, right? They make emotional decisions about friends instead of strategic decisions based on business facts. Girls can’t keep a secret. Girls are too emotional. Girls can’t make tough calls.. And, thank goodness, girls won’t speak out when we marginalize them.

I spent two months seeking the counsel of colleagues and friends, especially women I know who had served on boards of publicly-traded companies. Several urged me not to resign, telling me that by doing so, I’d only validate the board’s assumption that they could not trust me. I understood that advice. For a while, I lived with the idea that I simply had to work harder to earn the board’s trust.

Others told me the opposite. They urged me not to be part of a board that had so clearly signaled their disrespect. After much deliberation, I agreed with them. Instead of trying harder to earn this board’s trust, I had to ask myself if these board members could earn mine. My answer was no.

I was the only female on the board. Now, there are none.

Yes, this is what unconscious bias looks like and feels like. Based on many years of conversation on my podcast Satellite Sisters, I can see that this kind of bias is present at every level of corporate life, from the bottom to the board. When I talked about my recent experience, it sparked a lively conversation in the Satellite Sisters Facebook group, and many listeners shared their own tales or emailed me directly.

I laughed when I heard that the legal term for how I exited the board is “noisy resignation” (which meant that the company had to release my resignation letter). I hope my former fellow directors – and decision-makers at every level inside companies — hear me. Gender bias is an issue I will continue to make some noise about.