A female computer science major at Stanford: “Floored” by the sexism 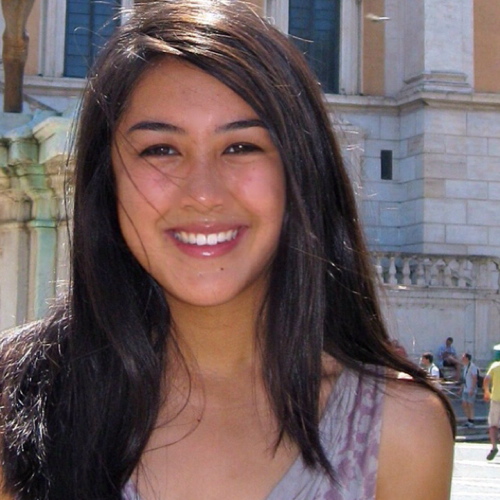 The treatment of women in STEM fields, especially in Silicon Valley, has been a subject of ongoing debate. Just last week, the New York Times published an article about a female Stanford computer science major’s allegations of abuse by her mentor and former boyfriend (allegations he denied). What is it like to be a female computer science major at Stanford in 2015? Fortune asked Lea Coligado, Stanford ‘16, to share her experiences.

When I first came to Stanford in the fall of 2012, Computer Science was the last thing on my mind. I hail from a long line of doctors so naturally I was pre­med from the womb. On top of that, I had two years of high school experience being the only girl in an AP Computer Science course of 20 dudes—I had no intention of prolonging that experience. I started Stanford as an intended Biology major, enrolling in Stanford’s introductory Computer Science course CS106A only through peer pressure.

I loved CS106A so much I ended up taking a CS course every quarter my freshman year, and I declared my major in the fall of 2013. As I progressed further in my track, taking upper-level courses, I watched the number of girls in my CS classes slowly dwindle to the point that I could count 20 girls in a 100-­person class on a good day (and two of them would just turn out to be men with long hair). And I began noticing all the inklings of sexism, something I’d previously thought of as media folklore.

The first red flag came beginning of sophomore year. I’d just spent two of the best months of my life as a summer intern at Facebook, developing an iOS app. A group of classmates were discussing how we’d spent the summer. When a boy – let’s call him Rush (like Rush Limbaugh) — heard my friend had interned at Facebook, his mouth dropped. “Wow! Facebook! You must be really smart!” He then turned to me and asked the exact same question: What did you do this summer?

Except when I responded the same — “Facebook” — I got a completely different response. “Oh… well then I should have applied for that internship.”

I was floored. What did he mean by that? Why would he react so differently? I didn’t even know Rush well, so what about me could possibly make my internship at Facebook suddenly seem like a giveaway, a charity case?

I’d completed all the same programming assignments, undergone the same interview processes as everyone else — was it something I said? Was I dumb?

It’s been two years since that moment, and since then, I’ve experienced a lot more negative, almost comically sexist behavior.

While these examples may seem incredible for their blatancy, the hardest discrimination I’ve probably had to face is unconscious bias.

I can easily contest outrageously sexist comments with “I can’t believe you just said that!” But it’s much harder to call out people for their subtle prejudices. In particular, unconscious bias has raised problems in aspects of my life I couldn’t have expected: my dresses and my voice.

I love to wear dresses, for reasons both practical and personal: 1) they make it seem like I tried and 2) they provide a level of comfort constricting pant legs never could. In fact, I love fashion in general, and every time “Hollaback Girl” comes on the radio I pray to the goddess of quasi­-Harajuku style that is Gwen Stefani.

But dresses and kimonos stand out in a sea of techie uniforms—jeans and free tech company t­ee-shirts. I noticed I got better feedback from interviewers when I “looked the part.” So on days I had on­ campus interviews, I sacrificed my dresses for boxy company tee­-shirts. Even when I did wear company tee­-shirts, I was sometimes assumed to be a recruiter in the same way women in scrubs are assumed to be nurses.

Worst of all, a 50-­year-­old married, male coworker at one internship would regularly make it a point in passing to comment on how “fun” my dresses looked. Thus was sucked the enjoyment from wearing dresses and on went the pants.

My high-pitched voice also became an unexpected source of frustration as team meetings became small battlegrounds for respect. At another company (which I prefer not to name), I noticed that management listened more to what my male counterparts had to say even though I was offering insightful feedback. Managers asked my male coworkers about the status of projects, although I was touching all the same files. The guys were praised more on their progress although I was pushing the same amount of code.

And if that wasn’t enough, my achievement was questioned by male colleagues. I’d occasionally hear, “Oh you’re a woman, you’ll get a job at Google or Facebook just fine!” Which was the most discouraging encouragement. If I did get the internship, it was because I was a woman and if I didn’t, I’d just failed to leverage my upper edge.

Thankfully, the same field that has forced me into contact with people who spew gold the likes of “Girls only care about having babies!” has also brought wonderful female (and male) engineers, entrepreneurs and executives into my life. When I was frustrated about my reception at team meetings, I turned to my mentor, the founder of Bluebird Art, Min Liu, and she advised me to “cut the weeds and water the flowers.” When I felt like a minnow in the shark tank that is software recruiting, Pinterest engineer Tracy Chou advised me to research a little bit into a lot of different technologies to establish my technical fluency.

The supportive men in my life also encouraged me to be heard. Jason Prado, my mentor at Facebook, encouraged me to make big design decisions in our iOS app at Facebook when I barely trusted my own fashion taste. A classmate encouraged me to reach out to people I’d previously thought unreachable. And of course, my dad has been rooting for me from the start.

Slowly but steadily, I am learning to see my dresses and high­-pitched voice not as hurdles to my success, but as symbols of the perspective I bring to the table.

Lea Coligado is a junior at Stanford University from Dallas, Texas majoring in Computer Science. She is excited about increasing female involvement in the software industry and recently started a blog called Women of Silicon Valley to showcase female role models in tech.