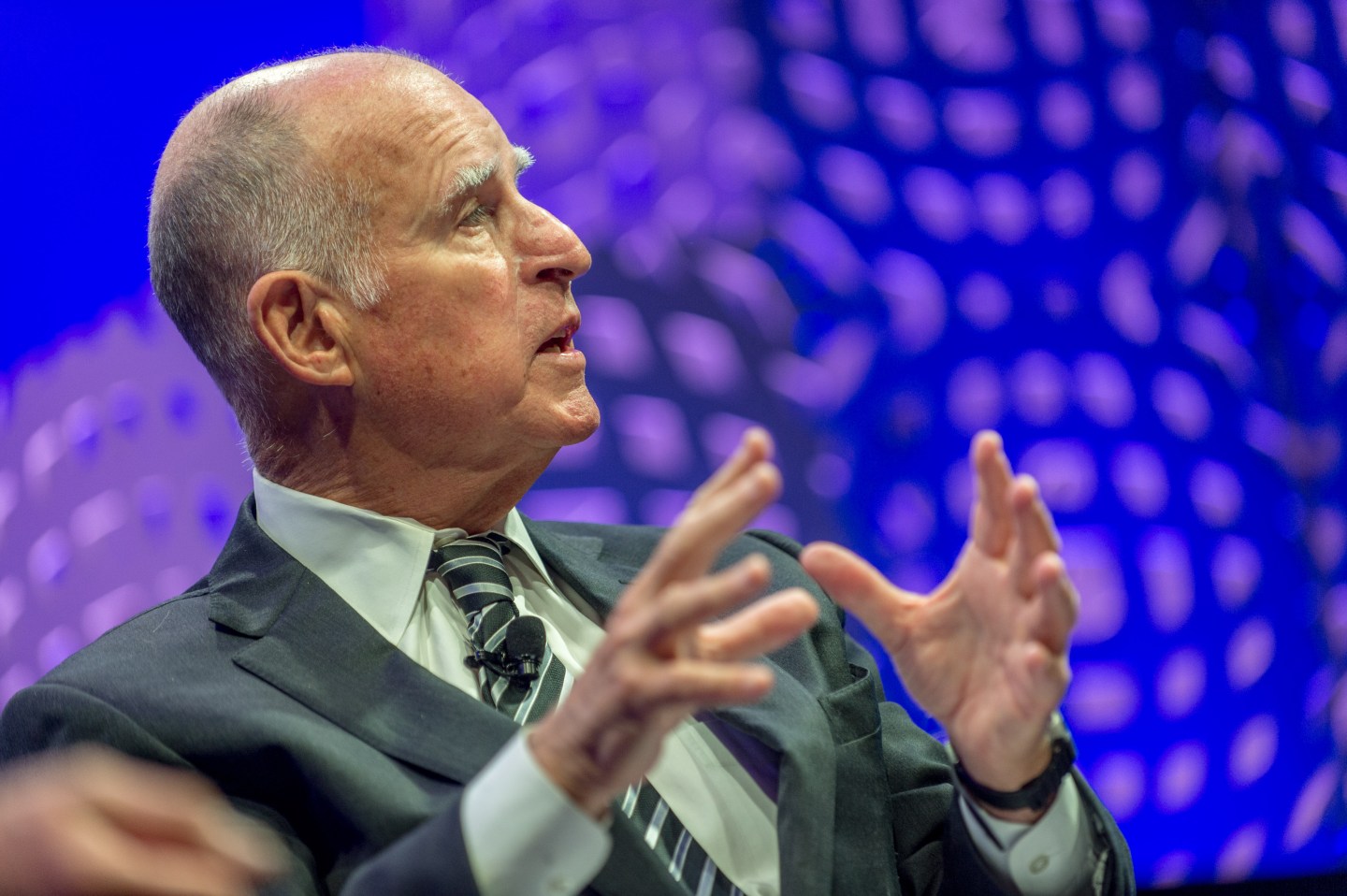 Climate change is adding urgency of the normally slow process of updating the world’s energy infrastructure.

Brown, the two-time California’s governor, has been working on climate change and energy for nearly forty years at both the state and local level. He said that California’s latest energy plan, which would require that half of electricity come from clean energy by 2030, took just a year to get passed compared with seven to ten years at the federal level.

Gov. Brown, who says he drives an aging Crown Victoria and might buy an electric car in a year or two, noted that worldwide focus on fighting climate change is increasing. That is particularly true with the United Nation’s big climate change meeting in Paris next month.

“Time is short,” Gov. Brown said. “We’ve got to move pretty fast. We’ve got to get our priorities right.”

John Browne, who led BP from 1995 to 2007, and pushed for the company’s one-time slogan “Beyond Petroleum,” knows how long the oil industry takes to change. It may take a lot of time, Browne said, but “we’ve got to get there.”

Transitioning energy infrastructure is complicated for businesses as well national governments, Browne said. Every state and nation has a different approach.

Browne also noted that the world is operating at two different speeds when it comes to shifting to cleaner energy sources. The developed world is making substantial progress moving to lower carbon emissions. But in the developing world, economic growth still depends on fossil fuel-based energy.

The developing world will adjust, but it could take a long time to make an infrastructure change, said Browne. We “need to wait for the speeds of the world to move at the same time,” he said.

In the nearer term, the key is to curb some of the most concentrated sources of greenhouse gas emissions like methane and black carbon, Gov. Brown said. Browne agreed by arguing that oil and gas industries should work more to stop leaking methane that is emitted from oil and gas drilling. He also said that companies should develop more ways to use carbon dioxide productively.

Energy efficiency is already a big winner for the public, said Gov. Brown, who has worked on many of the state’s efficiency standards. Those standards have saved California money and energy, he insisted.

Gov. Brown showed little excitement for the Republican presidential candidates and their energy policies. None of them understood the issues, he said.

Browne, meanwhile, had a bit of advice for his corporate peers. “Do something to really connect back with society” and don’t “be known as the companies that pushed back against what was right for the world.”