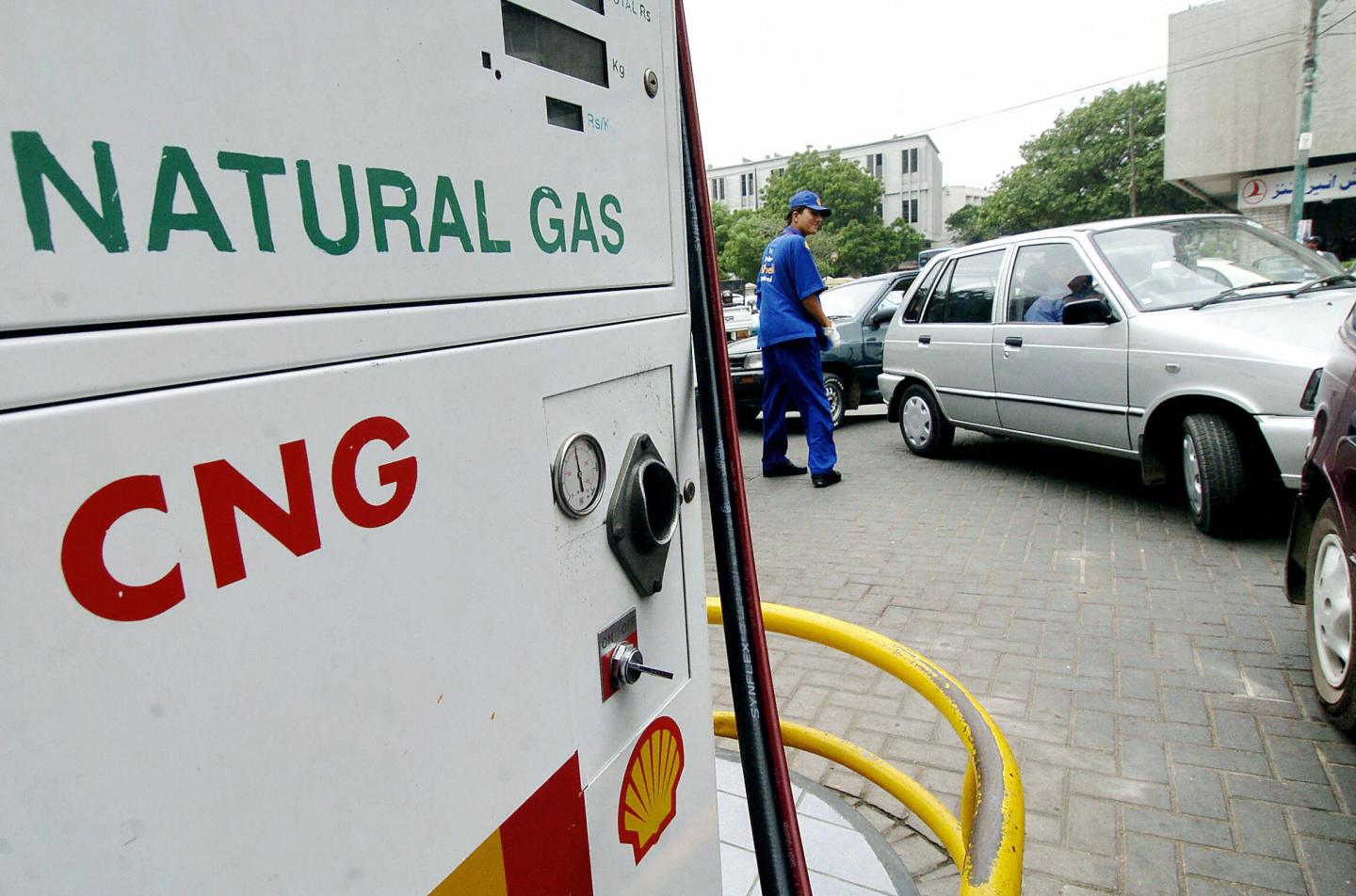 KARACHI, PAKISTAN: A Pakistani employee of a service station helps drivers to form a queue to fill their vehicles with Compressed Natural Gas (CNG) in Karachi, 04 July 2005. Pakistani authorities have raised the price of CNG, an alternative and cheaper fuel compared to petrol, by 5.81 percent. The Pakistani government last week also increased petroleum product prices by an average of over three percent to adjust to the rise of oil prices in the international markets that hit 60 US Dollars a barrel. AFP PHOTO/Aamir QURESHI (Photo credit should read AAMIR QURESHI/AFP/Getty Images)
Photograph by Aamir Qureshi — AFP/Getty Images

A new report from military watchdog SIGAR (Special Inspector General for Afghanistan Reconstruction) concludes that the Department of Defense spent almost $43 million on a single compressed natural gas (CNG) filling station in the town of Sheberghan in northern Afghanistan.

Special Inspector General John Sopko, who reports to Congress, noted that an equivalent gas station in Pakistan cost “no more than $500,000 to construct,” and that “this level of expenditure appears gratuitous and extreme.”

When pressed for a reason why this expense was 86 times what it should have been, the DOD did not provide an explanation, Sopko wrote, contending that “no one remains at the Department who can answer substantive questions about the CNG project.”

The original rationale for building a compressed natural gas station in Afghanistan was to take advantage of the natural resources already present in the country, but as the report notes, a “lack of a feasibility study prior to project initiation, and the prohibitive costs associated with converting cars to CNG” erased any advantage.