Have women recovered from the recession? An answer in 5 charts. 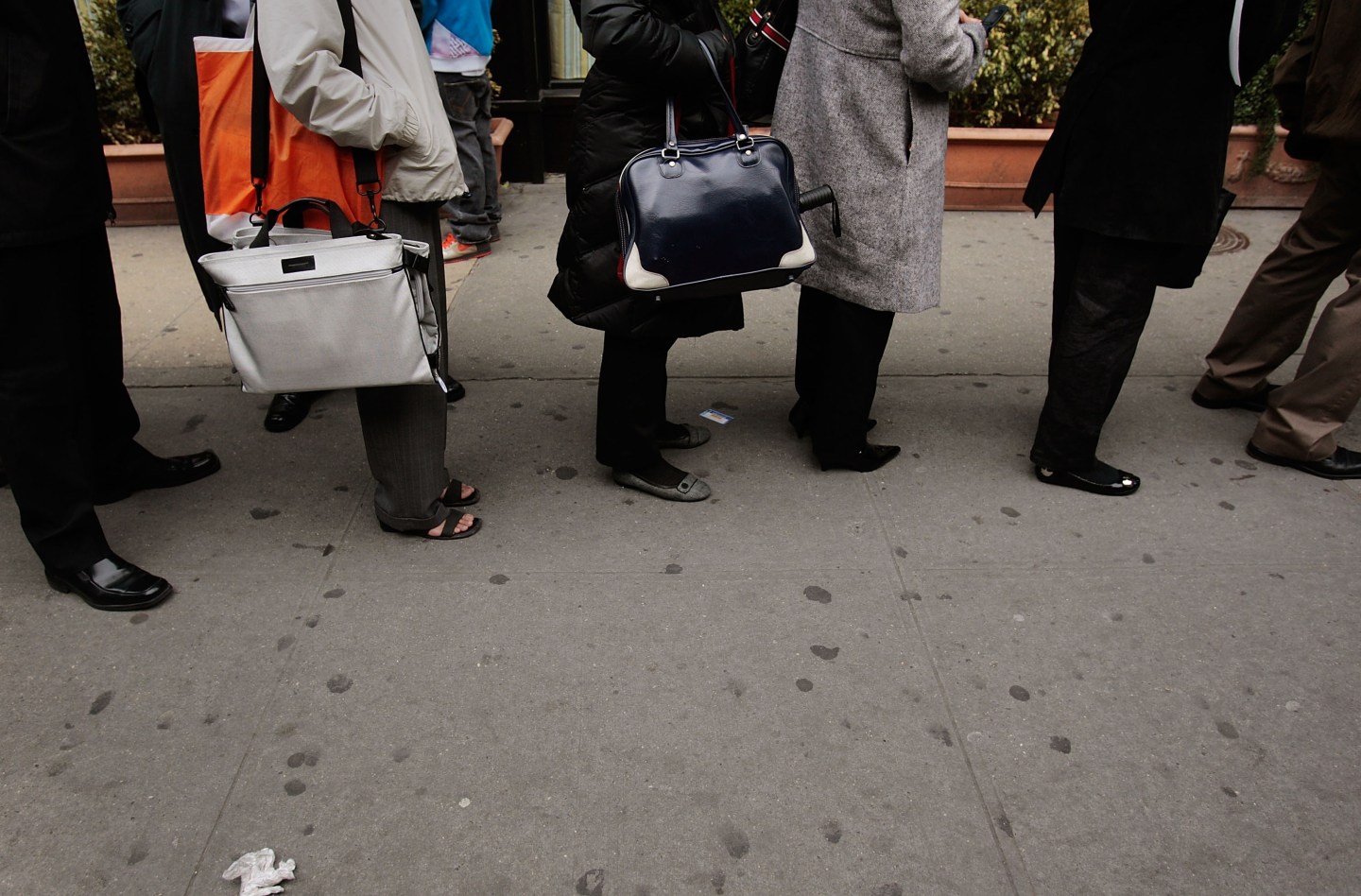 NEW YORK - APRIL 14: Job seekers line up on a sidewalk for a job fair in midtown Manhattan April 14, 2009 in New York City. People began lining up at 7 am for the 11 am job fair, searching for employment in a city that has shed tens of thousands of jobs in the last year. (Photo by Chris Hondros/Getty Images)
Photograph by Chris Hondros—Getty Images

Wednesday’s Republican debate was chock full of statistics—as one would expect from a contest focused on the economy. But one of the most shocking came from former Hewlett Packard CEO Carly Fiorina, who said that “92% of the jobs lost during Barack Obama’s first term belonged to women.”

That figure was debunked more than three years ago when presidential candidate Mitt Romney used it as a talking point. It’s a stat that cherry-picks data and disregards that the recession played out differently for men and women. As is typical in downturns, male workers lost their jobs first and more quickly in the Great Recession because male employment is concentrated in vulnerable industries like manufacturing and construction. Women lost their jobs later, even after the official recession—December 2007 through June 2009—was over.

Nevertheless, Fiorina’s comments suggest that it’s worth examining just how well women have fared in the nation’s ongoing economic recovery.

So, how exactly are they doing? You’ll find different answers depending on what data you use.

A top-line view of female employment tells a positive story. In September, just over 70 million women held jobs, a net gain of 2.8 million positions from the start of the recession.

Women have more than made up for the jobs they lost during the recession. And when you consider the net jobs created between the start of the recession—December 2007—and today, women account for 69% of those new workers.

While the increase in the number of women employed has pushed down the female unemployment rate—quite precipitously, in fact, from from a high of 9.4% in the wake of the recession to 5% in September 2015—joblessness among women overall is higher than what it was in the months leading up to the downturn.

Then there’s the employment-to-population ratio, which compares the number of employed women in their prime working years, ages 25-54, to all women in that age group, regardless of whether they have jobs or are seeking one. For women, that ratio hasn’t recovered to where it stood at the beginning of the recession. (That’s also true for men.)

Elise Gould, a senior economist for the Economic Policy Institute, told Fortune that this means that for all the positive employment news for women, “job gains have simply not kept up with prime-age population growth.”