Chart: Here’s what the U.S.’s largest companies are doing with their cash 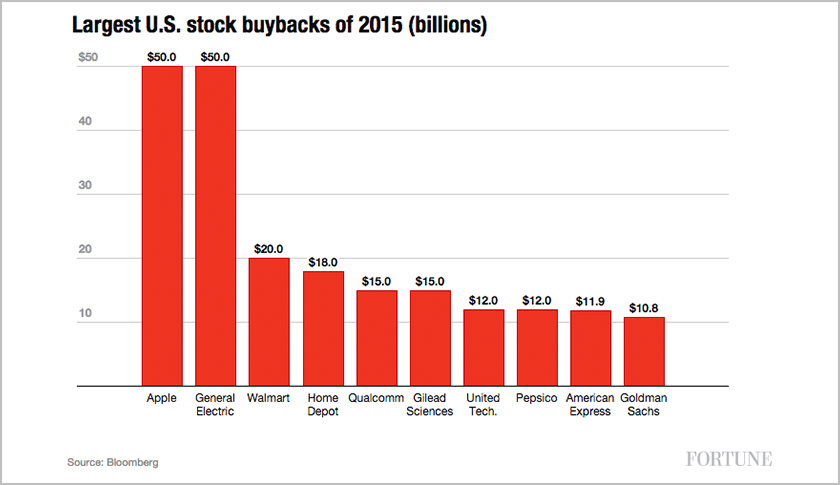 A weak stock market isn’t stopping buybacks. A report this week from S&P Capital IQ found that dividends and buybacks are on trend to hit a new high this year. And that’s after years of increases. For the past decade, S&P Capital IQ estimated that as much as $1 trillion had been spent by S&P 500 companies on buybacks and dividends.

Buybacks typically cheer investors, because they lower a company’s shares outstanding, and raise its earnings per share. Activist hedge funds are part of what is pushing the trend. Warren Buffett, though, has warned that he thinks shareholder activists could be pushing companies to do buybacks that don’t make economic sense. And now investors, too, might be wondering if that money would be better spent elsewhere. This week, shares of IBM (IBM) barely budge after the company announced a $4 billion buyback. IBM, one of Berkshire’s largest holdings, has been struggling for a while, and some have wondered whether the tech giant has been spending too much on shareholder friendly buybacks, and not enough on research and development.

Still, shares of Apple (AAPL) and General Electric (GE), the two U.S. companies that have bought back the most stock this year, are both up, 8% and 14%, respectively, this year.