What you need to know about this year’s biggest IPO 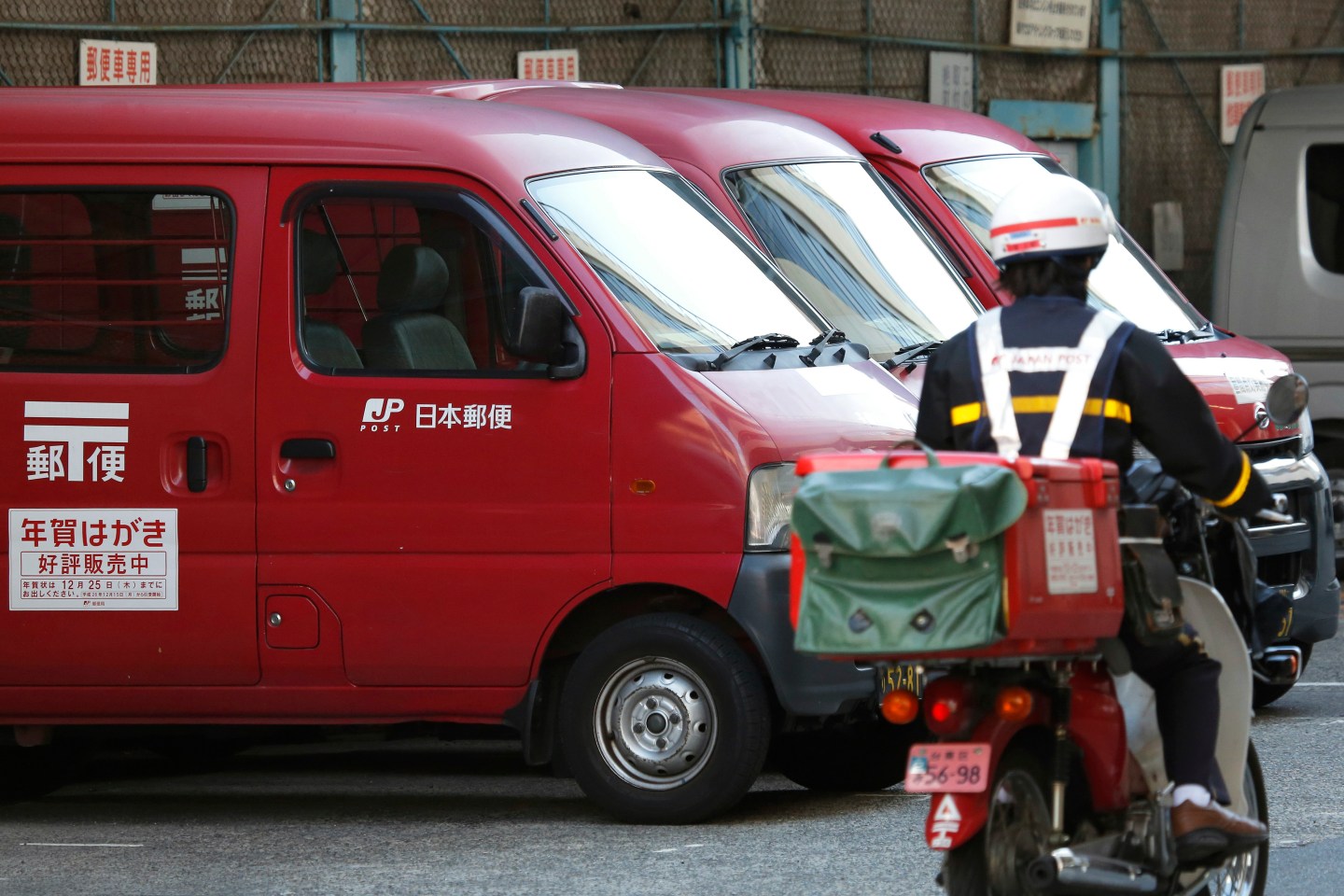 What could be this year’s biggest IPO belongs to a Japanese postal giant that doubles as one of the country’s most important financial institutions.

Shares of Japan Post Holdings Co. priced at the top of their range Monday as part of a three-headed public offering that could raise a reported $11.9 billion and cement a privatization plan 10 years in the making. On Nov. 4, investors on the Tokyo Stock Exchange will have a chance to own around 11% of the company, with 20% earmarked for overseas investors.

This is the biggest IPO in the world since Alibaba (BABA) first traded on the New York Stock Exchange in September, 2014. Here’s all you need to know:

It could be big. Really big.

Bloomberg reports that the Japanese government has already raised $11.9 billion in the offering, the maximum it’s seeking for its three-headed IPO, which includes Japan Post, Japan Post Bank, and Japan Post Insurance. The postal arm of the corporation, Japan Post, is said to be raising around $5.4 billion, which alone already surpasses First Data’s IPO on the NYSE, the year’s biggest initial public offering so far. The banking and insurance entities are also attracting strong demand, and shares of all three have priced at the top of their ranges, reports Reuters. Other than Japan Post’s strong brand name among Japanese, there’s the promise of a dividend yield of around 3%, compared with an average of around 1.4% for big-name companies listed on the Tokyo Stock Exchange.

At 140 years old, the postal service institution conducts business through its 24,000 post offices and is beloved for its typically prompt service to even the most far-flung corners of the nation. But Japan Post also handles savings and offers insurance, making it the country’s biggest bank by deposits and largest insurer by assets, according to Bloomberg. Japan Post Bank, its subsidiary, is said to hold around 200 trillion yen (around $1.67 trillion) in deposits, and in total, it has been estimated that Japan Post holds around a quarter of the nation’s household financial assets.

This IPO has been 10 years in the making

In 2005, then-Japanese Prime Minister Junichiro Koizumi made the privatization of a previously state-owned enterprise a priority during his time in office, even using the general elections that year as a referendum on this very issue. He won in a landslide, and legislation aimed at splitting the banking and insurance parts into autonomous companies has been in and out of the Japanese parliament. In 2012, plans for a public listing of the three Japan Post companies were finally cemented.

Could it help jumpstart the Japanese economy?

One of the big reasons for the IPO is to remove current restrictions from Japan Post’s banking division. The unit previously used its funds to buy up government bonds and boost infrastructure spending. But going public might give privatization advocates the ammo they need to give Japan Post more leeway to expand its offerings, such as make mortgage loans. That, in turn, would increase pressure on the nation’s 105 regional banks, and even cause some to merge. “There should be more rationalization in the banking sector in Japan, and I think it probably could be a trigger,” David Marshall, a senior analyst at research firm CreditSights, told Bloomberg. Market watchers also believe the IPO is a positive sign of more economic reforms to come and a possible boost in consumer spending, something that would help Prime Minister Shinzo Abe’s cause as he tries to pull Japan’s economy out of its slow-growth doldrums.