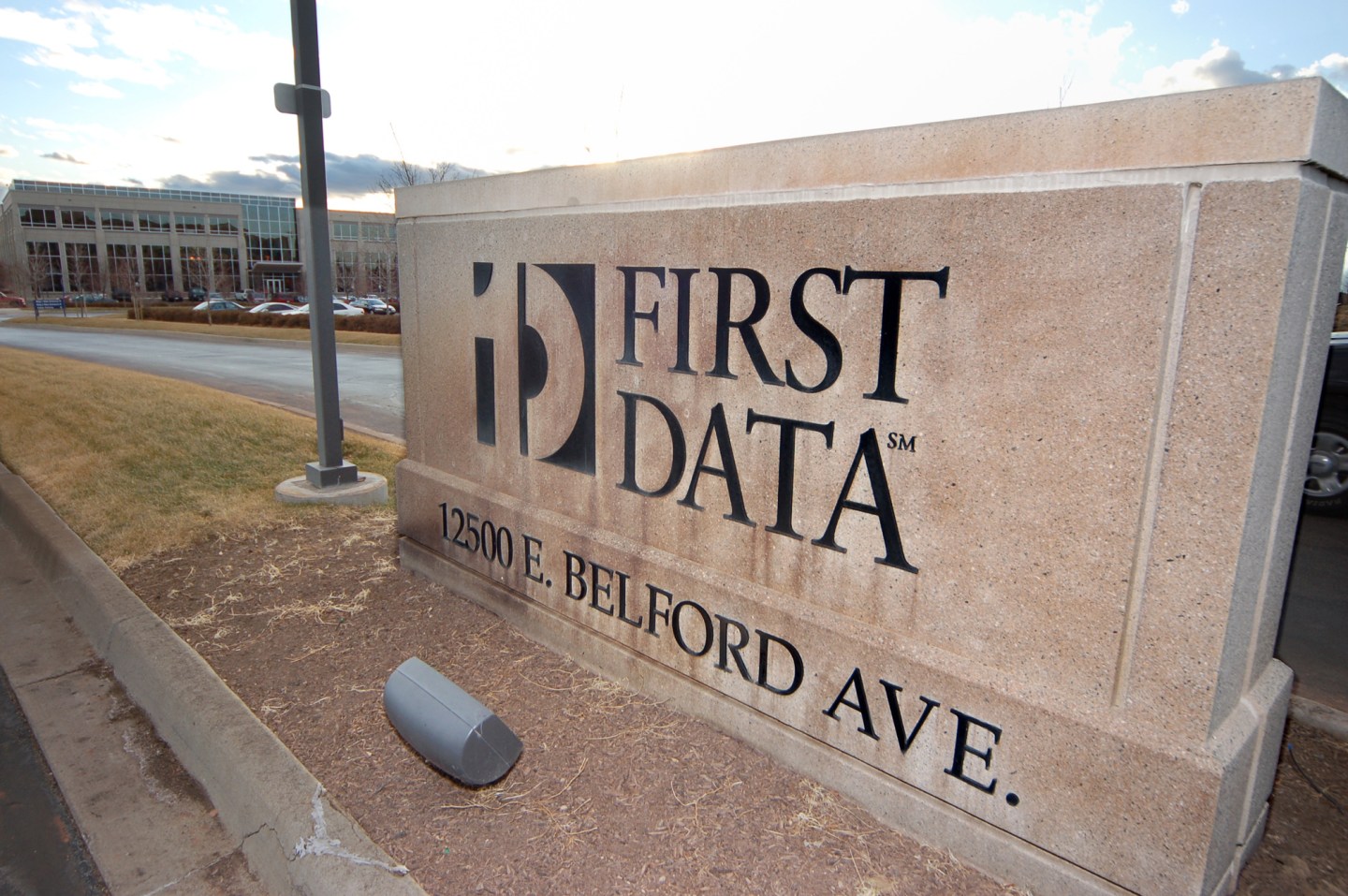 UNITED STATES - FEBRUARY 01: The First Data Corp. campus, south of Denver Colorado, is pictured on Wednesday, February 1, 2006. Kohlberg Kravis Roberts & Co.'s banks sold $9.4 billion of loans used for the buyout of First Data Corp. in the biggest offering of high-yield loans since corporate funding dried up in July, according to people with knowledge of the transaction. (Photo by Neal Ulevich/Bloomberg via Getty Images)
Photograph by Neal Ulevich — Bloomberg via Getty Images

First Data said it plans to offer 160 million shares at between $18 and $20 per share. In the middle of that range, the company would raise around $3 billion and have an initial market cap north of $16 billion. Its total enterprise value would be around $37 billion, once its $21 billion of debt is included (minus any IPO proceeds used to pay down debt).

So far this year, only two companies have raised at least $1 billion in their IPOs — Tallgrass Energy (TEP) and Columbia Pipeline Partners (CPPL) — but neither even hit $1.5 billion, let alone $3 billion.

KKR (KKR) originally acquired First Data in 2007 for around $28 billion, and last summer doubled down on its investment — giving it more exposure to the payments company than to any other investment.

First Data plans to trade on the NYSE under ticker symbol FDC, with Citigroup (C) listed as left lead underwriter.