Why KKR is doubling down on First Data 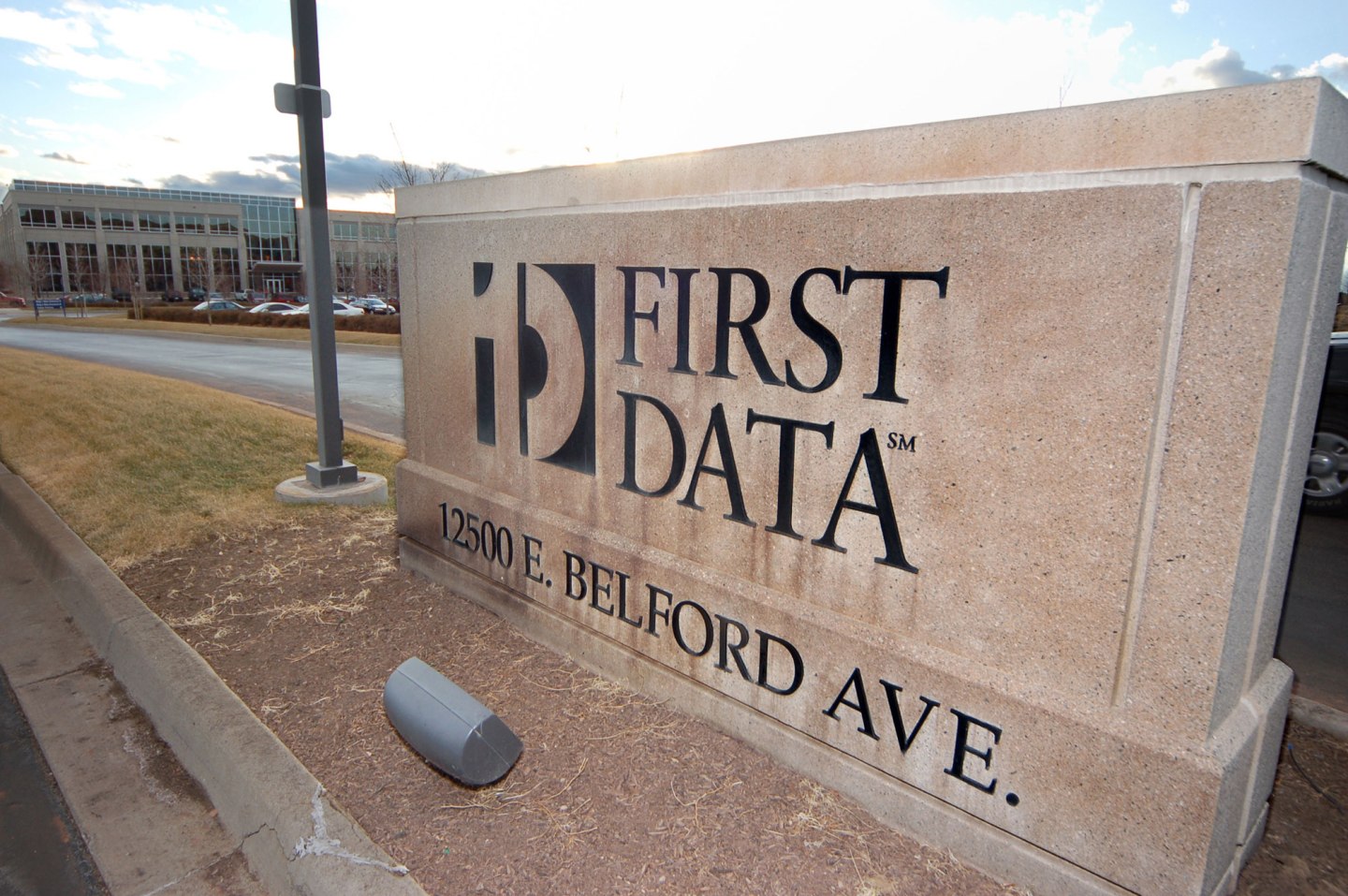 Private equity firm Kohlberg Kravis Roberts & Co. (KKR) today announced that it is leading a $3.5 billion investment in First Data Corp., the payment processing company that it originally acquired seven years ago for $28 billion. KKR already had more financial exposure to First Data than to any one of its other portfolio companies, and its $1.2 billion outlay as part of this round puts its overall commitment at around $4 billion (including $1 billion from its balance sheet).

Around $300 million of the remaining money came from limited partners in KKR funds via additional co-investments — KKR and its investors had preemptive rights, per the original buyout — while the other $2 billion was invested by a mix of mutual funds, hedge funds and pension funds.

KKR had been carrying First Data at around 0.8x of original cost, which is where this new investment was priced, and the firm has never taken a dividend. All of the proceeds will be used to retire some of First Data’s massive $22 billion in long-term debt, thus saving around $375 per year in annual interest payments.

To be sure, it is unusual for private equity firms to plug more cash into a company seven years after the original buyout (save for some sort of add-on acquisition financing). But it is not unprecedented, even for KKR. The firm made several follow-on equity investments for Primedia (which it held for a whopping 22 years), and more than doubled down on its landmark RJR Nabisco deal (due, largely, to a ‘reset’ feature on the original bonds).

In this case, KKR co-founder Henry Kravis says that the firm is betting that First Data can continue transforming itself from a pure-play payment processor into a much broader financial technology company that provides new solutions in areas like cyber-security and data analytics. Particularly under the relatively-new leadership of CEO Frank Bisignano, who joined 14 months ago from J.P. Morgan Chase & Co. (JPM)

“Our original investment thesis was that First Data was the largest credit and debit card company in the world, and that it would continue to grow if we could get the management right,” Kravis explains. “Quite frankly, we didn’t get it right until Frank came along. The first manager in Michael Capellas just didn’t work out. John Judge worked for a little bit, but not for that long. We were frustrated because we knew the capabilities on this platform. Had the new management continued on the same line that the company already was on, then Silicon Valley would have eventually sucked right off First Data and used the big pipes we had as an incumbent player. One day we’d wake up and wouldn’t have much left, so a real shot in the arm was needed in terms of technological innovation. We have that with this management and this plan…. But growth companies need growth capital, which is why we made this new investment.”

Some of these aforementioned innovations include Clover, a cloud-based tablet for point-of-sale technology that can help merchants move beyond terminal swipes, and a loyalty product for small and mid-sized businesses. Last week the company unveiled a sales data analytics platform called Insightics.

“We’ve spent the past year toiling on transforming the business and its culture and how innovation occurs,” Bisignano says. “We have spent a lot of time talking to our clients about what they want and we’re making great strides. But, in baseball terms, we’re still at the ‘pitchers and catchers’ phase.”

The obvious question, therefore, is when the company might graduate to the regular season with an IPO. A source familiar with the situation says that First Data did indeed consider an IPO before proceeding with the new private equity raise, but Kravis does not appear to be in any hurry.

“Today there are no plans on a public offering,” he says. The smartest thing to do was to free up $375 million in interest costs to continue with organic growth. There is no question that when and if this company goes public — it doesn’t have to go public — that people will say, ‘Wow, I remember the old First Data and this is much, much different.'”