IBM buying The Weather Company is literally a joke on Twitter 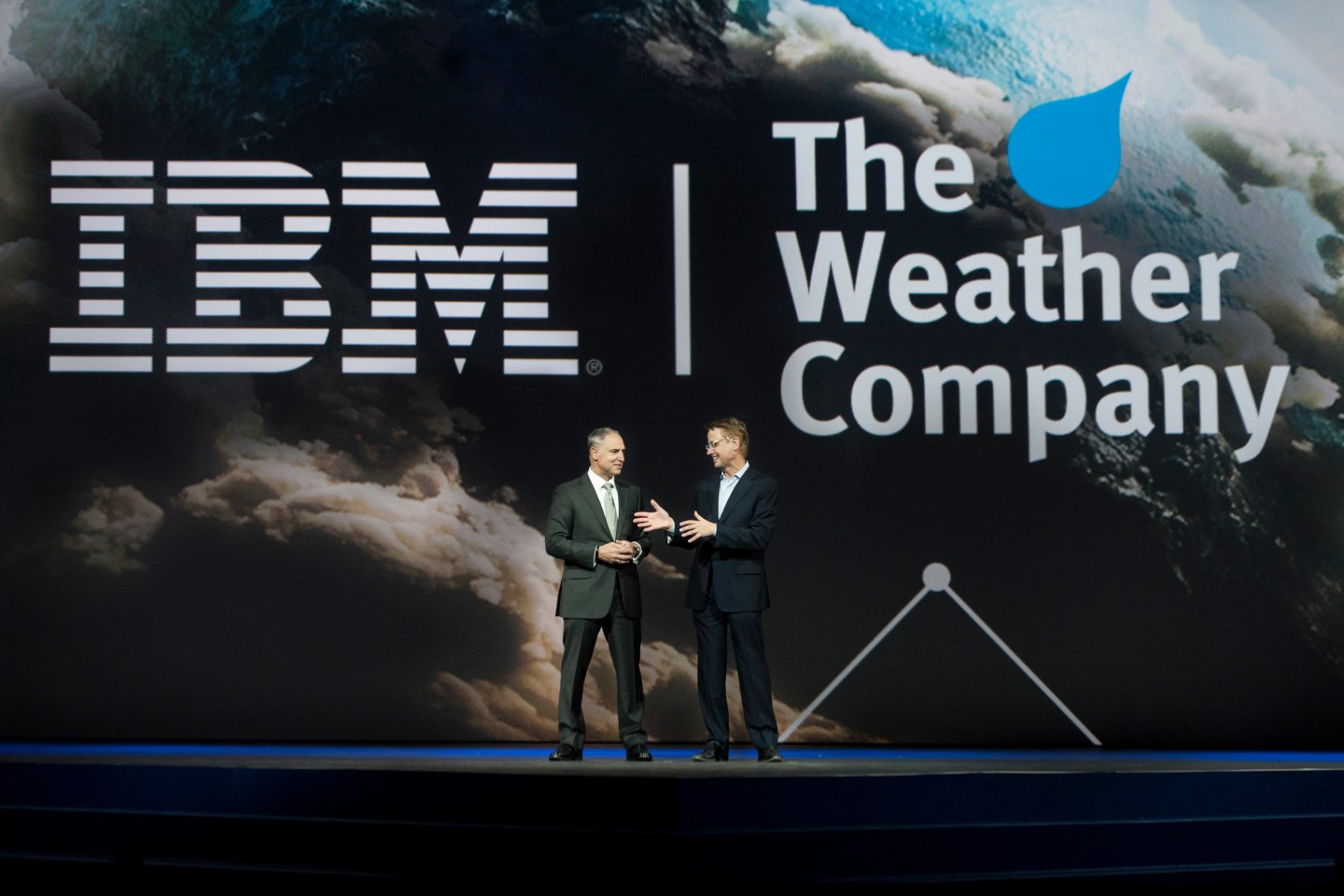 When IBM announced it was buying The Weather Company this week, not everyone took the deal seriously. After all, the legacy computer company nicknamed Big Blue has long been pursuing the cloud in the technological sense of the word, beefing up its data analytics business. Was it possible IBM (IBM) mixed up the type of cloud it desired, and instead bought a group of experts in cumulus, fog, and rain-producing varieties?

The jokes pretty much wrote themselves—though that didn’t stop Twitter (TWTR) users from attempting many of their own online (see below). IBM is actually buying The Weather Company’s digital assets, including weather.com, which run on advanced cloud-based technology (on earthbound servers somewhere, not in the sky) to enhance its growing Watson big data services. The acquisition does not actually include The Weather Channel, the meteorological company’s TV arm, as some people tweeted erroneously in their jokes. (Were IBM or TWC in on the joke? Neither responded to a request for comment.) Read on for a selection of cloud-computing comedy:

IBM Board meetings notes: "We should buy the Cloud" "What?" "You know, the Cloud" "Why?" "We want to be the biggest" *buys weather channel*

Nice one on IBM, the weather (incl cloud) and buzzwords, from @jennifersaba @Breakingviews https://t.co/shpHhKTfNu pic.twitter.com/zkwUul9PNL

https://t.co/kcPrj9SRiS could soon be owned by IBM. Perhaps Watson misunderstood the meaning of 'cloud'? https://t.co/qAgRsZeWtk

IBM jsut bought https://t.co/QKCx0BY0HU. i've heard of business moving into "the cloud" but this is ridiculous!!!! do you get it please ?

Is there some tongue in cheek activity around the rumour that IBM wants to buy The Weather Channel to enhance its cloud computing platform?

IBM is buying The Weather Company. I am sure there is a joke here.

Expecting a lot of "cloud computing" jokes over the next few days as a result of IBM-Weather Channel deal. https://t.co/qZLxGjIE46

I bet the board meeting went something like this: "We should buy the Cloud" "What?" "You know, the Cloud" "Why?"… https://t.co/qmII1shKlI

IBM is close to buying a cloud business ha ha guys thank you very much https://t.co/tHVjNEcgnU

#IBM puts the clouds in #cloud computing with it's acquisition of the Weather Company https://t.co/GahBKhnipg pic.twitter.com/ISUaejlYBB

IBM to buy Weather Channel parent co because of its "cloud technology." Sometimes the gags write themselves BUY $IBM https://t.co/kayZZo6IJF

#IBM acquires #weatherchannel – they need to buy the rights to weather with you, get off of my cloud and sunshine of your life

Why would IBM buy Weather Channel assets? It's all about that cloud data, from real clouds. https://t.co/V7zCowg68v #AI #marketing #cloud