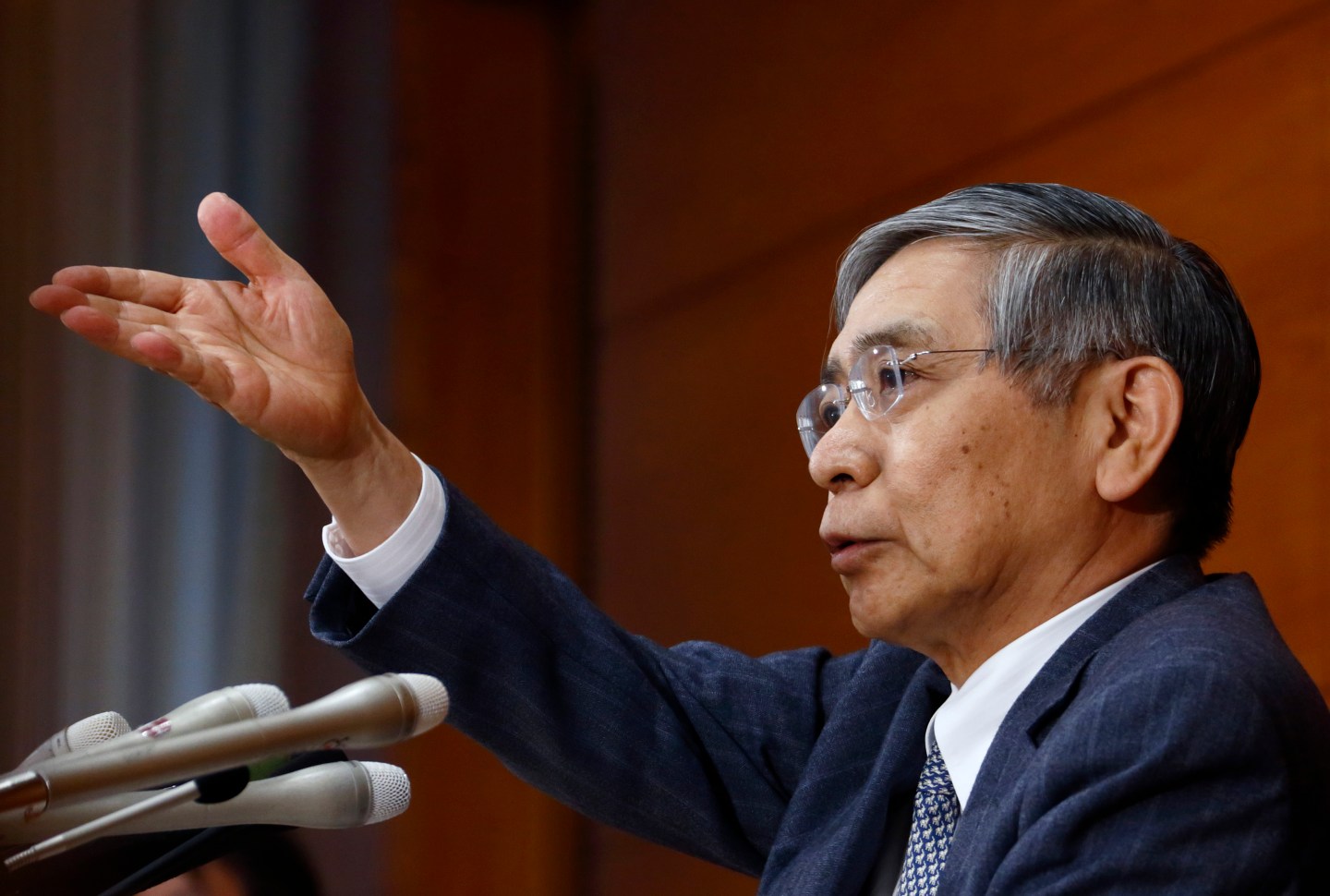 Haruhiko Kuroda, governor of the Bank of Japan (BOJ), gestures during a news conference at the central bank's headquarters in Tokyo, Japan, on Friday, Oct. 30, 2015. The Bank of Japan declined to step up its monetary stimulus Friday even as it postponed its time-frame for reaching a 2 percent inflation target for the second time this year. Photographer: Tomohiro Ohsumi/Bloomberg via Getty Images
Bloomberg Bloomberg via Getty Images

Wall Street stock futures are mixed after the Bank of Japan appeared to give up on its attempts to revive the Japanese economy with more quantitative easing (see below). The dollar is lower against the yen but a tad higher against the euro. Crude oil futures are back above $46 a barrel after weak Eurozone inflation data boosted hopes for more stimulus from the European Central Bank.

Today’s must-read story is from Fortune‘s Erin Griffith and it looks at how former hobbyist magazine publisher Ziff Davis adopted a digital-only media strategy to survive the death of print media.

Under-fire pharma group Valeant said it’s severing all ties with the controversial pharmacy chain at the heart of concerns about its accounting practices. The news comes only four days after it told investors there was nothing wrong with their relationship, and is another blow to a company already under Federal investigation for its aggressive drug pricing policies.

The Bank of Japan appears to have given up trying to stimulate the Japanese economy. The bank’s board left its monetary policy settings unchanged at its latest meeting Friday, underlining concerns that loose monetary policy has lost its effectiveness in helping to pull the world economy out of its post-2008 funk.

Exxon Mobil (XOM) and Chevron (CVX), respectively the second- and third-ranked companies on the Fortune 500 and two of the world’s largest oil firms, both report their latest quarterly earnings today. Neither company is expected to have particularly good news to report, with revenues down across the industry due to low oil prices that continue to fall as global oil supply outweighs demand.

The country’s second-largest drugstore chain operator is expected to post third-quarter revenue that beats Wall Street’s forecasts, though CVS’ (CVS) has warned that its quarterly profit could be hurt by higher generic drug prices as well as the ongoing fallout from the company’s decision to stop selling tobacco products. Investors may also tune in to see if the company comments on the recently-announced combination of CVS’ competitors, Walgreens (WBA) and Rite Aid (RAD).

Economists predict that consumer spending increased slightly in September, up 0.2% after a 0.4% rise in August. Continued spending growth is a sign demand for goods in the U.S. remains solid. Meanwhile, the first look at consumer sentiment in October is also expected to yield an increase.