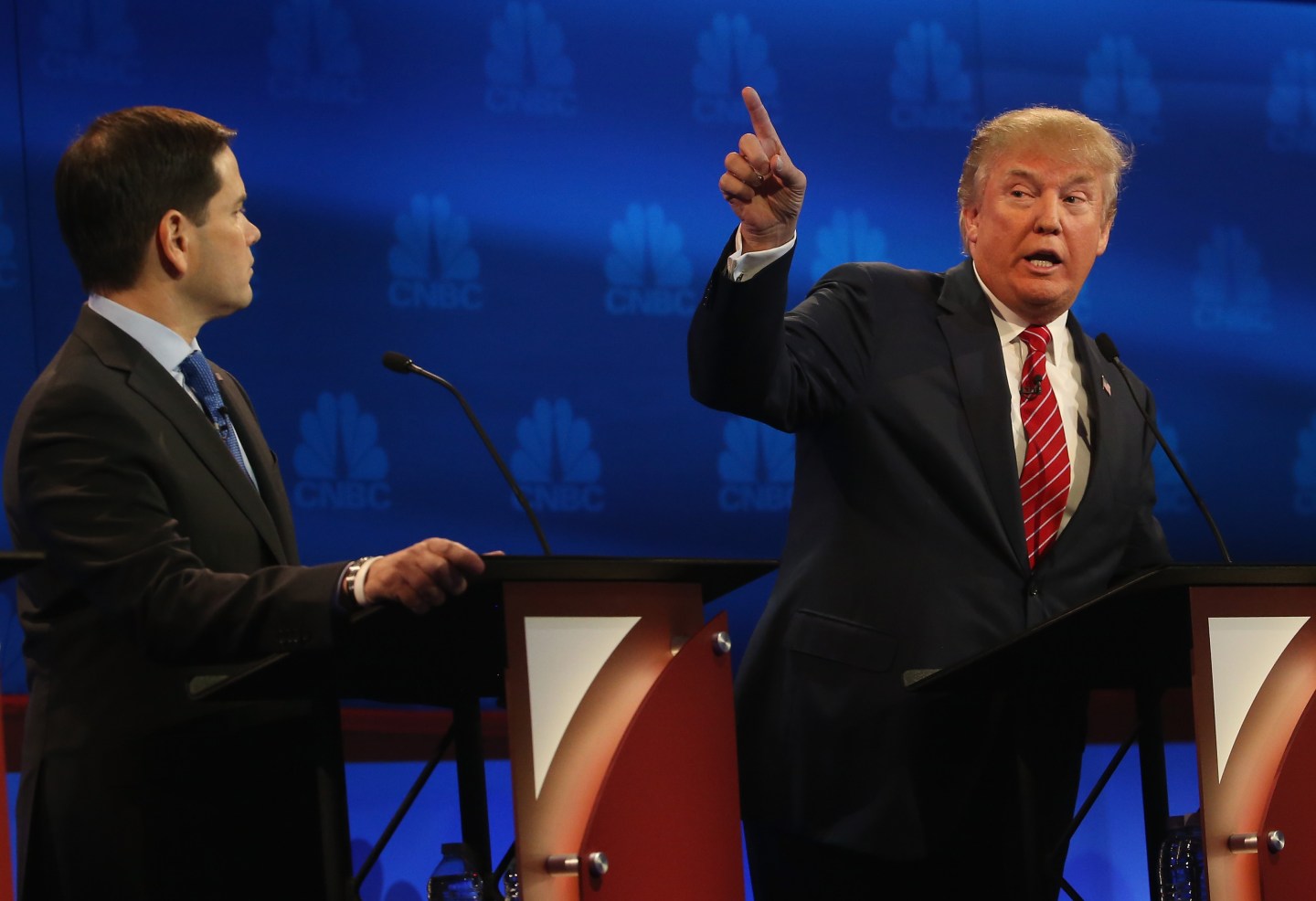 Trump claimed he never took a shot at Zuckerberg, saying during the debate: “I was not at all critical of him.” However, CNBC moderator Becky Quick later pointed out that the critical statement in question could be found on the billionaire real estate mogul and reality television star’s own website, where Trump outlines his proposals for immigration reform.

At the heart of the issue are H-1B visas, which allow American companies to hire specially-skilled foreign workers for U.S. jobs. Zuckerberg has pushed for the government to issue more H-1B visas to attract more top foreign talent to the U.S. On his website, Trump proposes reforming the H-1B program by requiring U.S. employers to pay higher wages to H-1B workers, thus encouraging those companies to hire workers who are already in the U.S. Trump’s website claims his plan would help create more jobs for Americans with STEM degrees while also narrowing Silicon Valley’s gender and diversity gaps.

Trump’s website also slams both Zuckerberg and fellow GOP presidential candidate Marco Rubio, a U.S. senator from Florida, over their support of H-1B expansion. From Trump’s website: “Mark Zuckerberg’s personal Senator, Marco Rubio, has a bill to triple H-1Bs that would decimate women and minorities [in the tech industry].”

While Trump last night denied ever speaking out against Zuckerberg on the immigration issue, the onetime GOP frontrunner (who has recently lost ground to Ben Carson) repeated other points from his website’s immigration reform proposal, including the idea that U.S. companies should have to pay higher wages to bring foreign workers to the U.S. and that those job openings should first be advertised in the U.S. for 180 days.