The new Apple TV: Here’s what the reviewers are saying 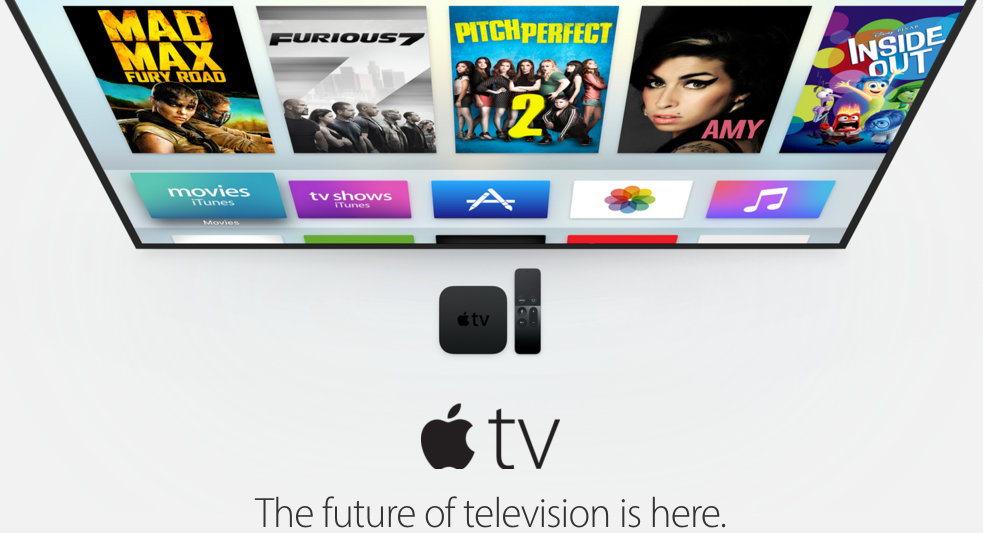 The reviews are in and there’s a consensus: The new Apple TV is the best (and at $149 the priciest) streaming set-top box you can buy today. It has some rough spots, but a lot of room to grow.

Nilay Patel, The Verge: Apple TV review. The streaming boxes on the market right now all compete to do very few simple things: get everything you want to watch in a single place, make it all easy to search and discover, and get out of the way. The Apple TV does that as well or better than anything else on the market. It has virtually every streaming app save Amazon (AMZN) Prime video, Siri works reasonably well and can answer a wider range of questions across services than the Fire TV 2 or Roku, and playback is super fast. If you just want a new streaming box, you can happily buy a new Apple TV. (I would buy the $149 base model.) You’ll like it. But all of that is very much the best version of television’s present. Apple (AAPL) has a lot more work to do before the future actually arrives.

Walt Mossberg, The Verge: It’s not a ‘grand vision’ for fixing television, but it’s a better streaming box. Siri works to search not only in Apple’s own iTunes service, but in Netflix, Hulu, HBO and Showtime, and displays results across multiple networks — er, apps. For instance, when I said “Season four of The West Wing,” it offered me the right season of the venerable TV series from both iTunes and Netflix. It also showed me the list of episodes, with descriptions, and the cast. And Siri is smart. If you can’t recall the name of the classic movie When Harry Met Sally, but can remember its stars, you can say “show me movies with Billy Crystal and Meg Ryan.” Siri can also do follow-up questions. I asked for movie mysteries, and it showed me a ton. Then I said “only the good ones,” and it edited the list down based on critics’ ratings. It also correctly dug up TV shows based on questions like “Show me the finale of Breaking Bad.”

David Pogue, Yahoo: Loads of potential—and lots of bugs. It’s clear that Apple worked its fingers to the bone on this; it works unbelievably well. You have to give a lot of commands before you find a failure. (I finally stumped it when I said, “Show me the episode of The Office with guest star Paul Feig.’”)

John Paczkowski, BuzzFeed: The new Apple TV is the first “true” Apple TV, and it’s pretty great. Apple says the future of TV is apps. That may or may not prove true, but after a couple days with the new Apple TV, it’s a compelling argument. Turns out custom-building a TV from a broad palette of apps that includes everything from pay TV channels and games to travel accommodation services and Periscope is a great way to get exactly the TV experience you want—or close to it, anyway. The new Apple TV isn’t just an upgraded set-top box, it’s the first “true” Apple TV, one that articulates Apple’s vision of what the TV viewing experience should be. It’s an appealing vision.

Brian X. Chen, New York Times: The new Apple TV invigorates the set-top box. Playing with apps is just one new feature of the revamped Apple TV, which will ship this week. It’s that plethora of innovations and apps that leads me to conclude that the upgraded $149 box is now the best TV streaming device you can get for your money. You can trust me because after testing hundreds of new devices for nearly a decade in this line of work, I’m usually blasé about products. My editor was concerned that body snatchers had taken me when I said I was positive about Apple TV. But I reserve excitement for products that I think will make a difference, this being one of them.

Geoffrey Fowler, Wall Street Journal: A giant iPhone for your living room. For a glimpse of the future of television, grab a mat and join me for a Glute Boost with the new Apple TV. On the big screen, a personal trainer app called Zova chirps orders for lower-body exercises. Meanwhile, the Apple Watch on my wrist measures my heart rate so the TV can show how hard I’m working. There’s no escaping these squats. The new $150 Apple TV streaming box opens the largest screen in your house to an app store with the best that movie makers, game developers, retailers and even personal trainers can dream up. The long-awaited update, arriving this week, still isn’t the cord-cutting fix for pricey cable TV many of us have been pining for. But I expect Apple to continue hacking away at the old ball-and-chain cable subscription, and the new Apple TV is its machete.

Jillian D’Onfro and Bryan Logan, Business Insider: The first reviews of the Apple TV are in and it sounds completely underwhelming.

Rather watch than read reviews? Yahoo’s David Pogue has a video, so does the The Verge’s Patel. See below: