And the debate winner was…. 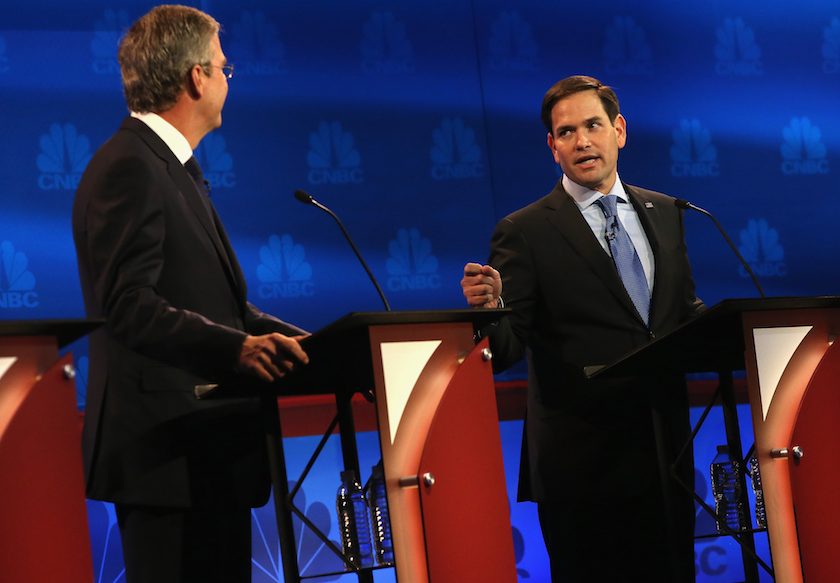 If you hoped a viable Republican nominee might begin to emerge from last night’s CNBC debate….well, sorry.

Business’s favorite, Jeb Bush, put in such a lackluster performance that business needs to start searching for a new favorite. His big play was to go after Marco Rubio for poor attendance in the Senate – an attack which Rubio successfully parried. “Someone has convinced you that attacking me is going to help you,” Rubio shot back, “but I’m not running against Jeb Bush or anyone else on this stage.”

Bush also fumbled a question about whether fantasy sports should be regulated as gambling, talking first about the success of his own fantasy football league – “I’m 7-0” – and then rambling on about how, yea, maybe they did need to be regulated. That opened the door for Chris Christie to forcefully deliver the correct GOP response: “We have ISIS and Al-Qaeda attacking us and we’re talking fantasy football?”

For the first time in months, Donald Trump seemed like a side player, as did the other front runner, Ben Carson. Ted Cruz scored points by attacking the CNBC moderators for biased questioning – a sentiment the other candidates, the audience, and virtually everyone on Twitter who wasn’t in the employ of a Democrat seemed to agree with. It was not my former network’s finest hour.

To the extent there was a winner, it was Marco Rubio, who was thoughtful, calm, above the fray. But John Kasich pointed out, to no one’s notice, that experience does matter in the White House. Hasn’t recent experience taught us the presidency of the United States shouldn’t be an entry level job?