Flywheel to modernize taxi technology with just a smartphone 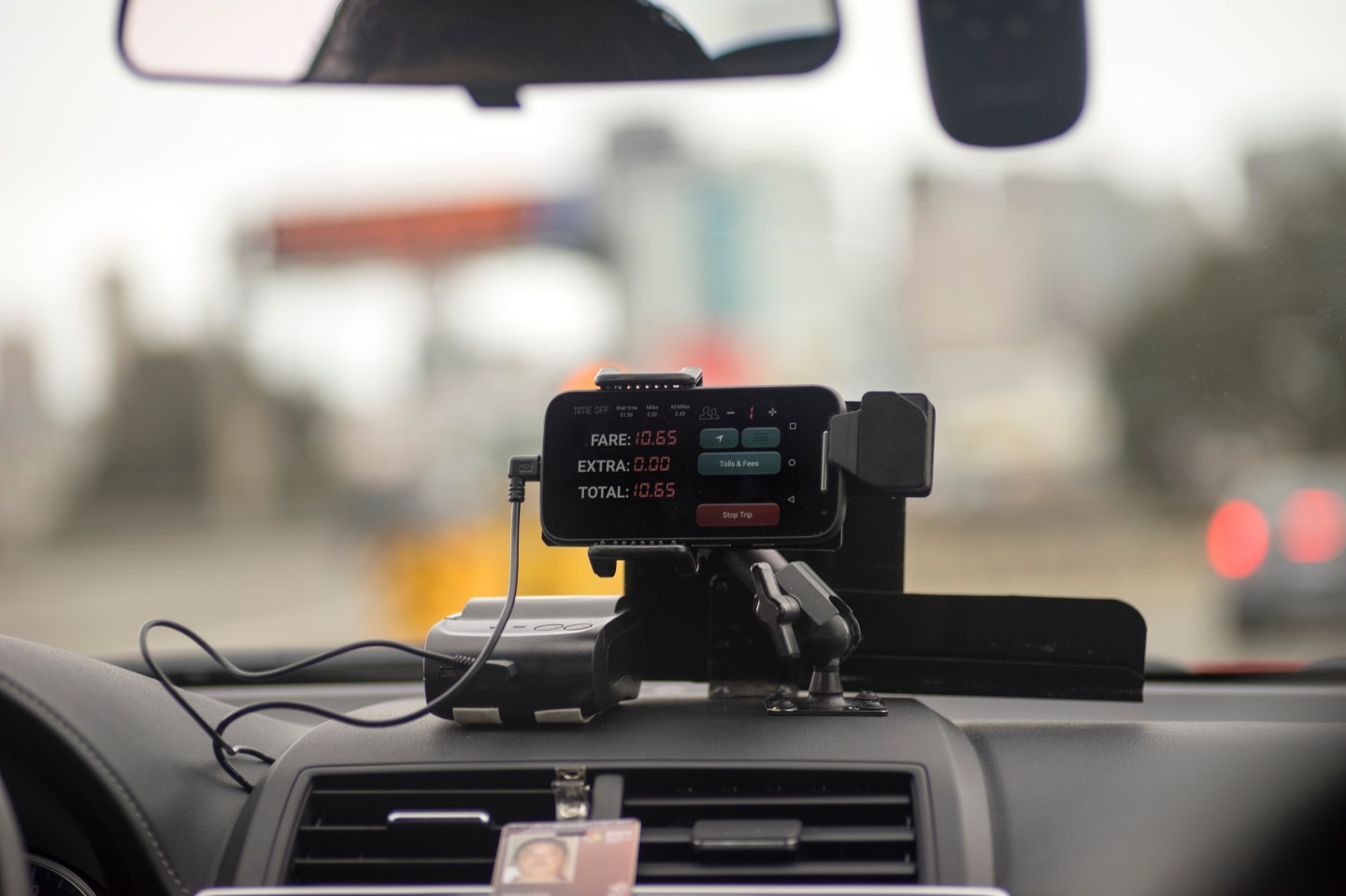 But on Thursday, the company finally revealed the reason for its lag: it’s been working on a cloud-based software system for taxi companies it plans to soon bring to the Big Apple. Flywheel wants its new product, TaxiOS, to replace the many tools found in most taxis with a single smartphone running its software. TaxiOS includes a fare meter, GPS, payment processor, and the ability to pick up new fares from Flywheel’s ride-hailing app for passengers. Taxi drivers only need an Android smartphone equipped with a card reader attachment (Flywheel declined to say which company is providing the readers) to do everything they need. On the taxi company side, dispatchers can access TaxiOS through a web browser.

The company will charge taxi companies in the same way it does for its flagship Flywheel app: a 10% cut from each fare and charge passengers $1 if they pay through its mobile app. For credit card payments, it will charge a 5% processing fee, and take no commission for cash payments.

Flywheel, which was previously known as Cabulous, has been seen as a savior by some in the taxi industry during a time when Uber and its rivals are aggressively taking business away from them. One taxi company in San Francisco, DeSoto Cabs, went so far as to rebrand its entire fleet with Flywheel’s name and branding as an attempt stay in the race.

“This is the way the taxi industry is going to get through this and grow,” Flywheel chief financial officer Oneal Bhambani told Fortune about his company’s potential to help cabs remain competitive.

In New York City, things have played out differently for ride-sharing drivers. Unlike San Francisco and California, which legalized companies like Uber and Lyft fairly quickly, New York City hasn’t been so amicable. Though it eventually allowed these companies to operate, Mayor Bill de Blasio recently attempted to limit their growth in the city.

This turn of events has created an opportunity for Flywheel. The city’s Taxi and Limousine Commission recently said it’s seeking to replace existing technology in taxis, including the TV monitors for passengers, with more modern solutions. Vendors will be able to apply to participate in pilot programs, which Flywheel says it’s gearing up to do with TaxiOS. The company has already been testing its new system with a few of its own taxis in San Francisco and hopes to make it available for New York City’s cabs through the program. It’s also working with the California Weights and Measures Office to have its system approved for distribution to other cab companies.

According to Bhambani, the company has already seen interest from several other taxi companies both in San Francisco and New York City.

Nevertheless, the finish line is far from close for Flywheel. Though New York City has agreed to begin testing new technology, concerns over the accuracy of GPS, for example, still remain. Vendors will have to prove their products can be as reliable as current tech already in place.