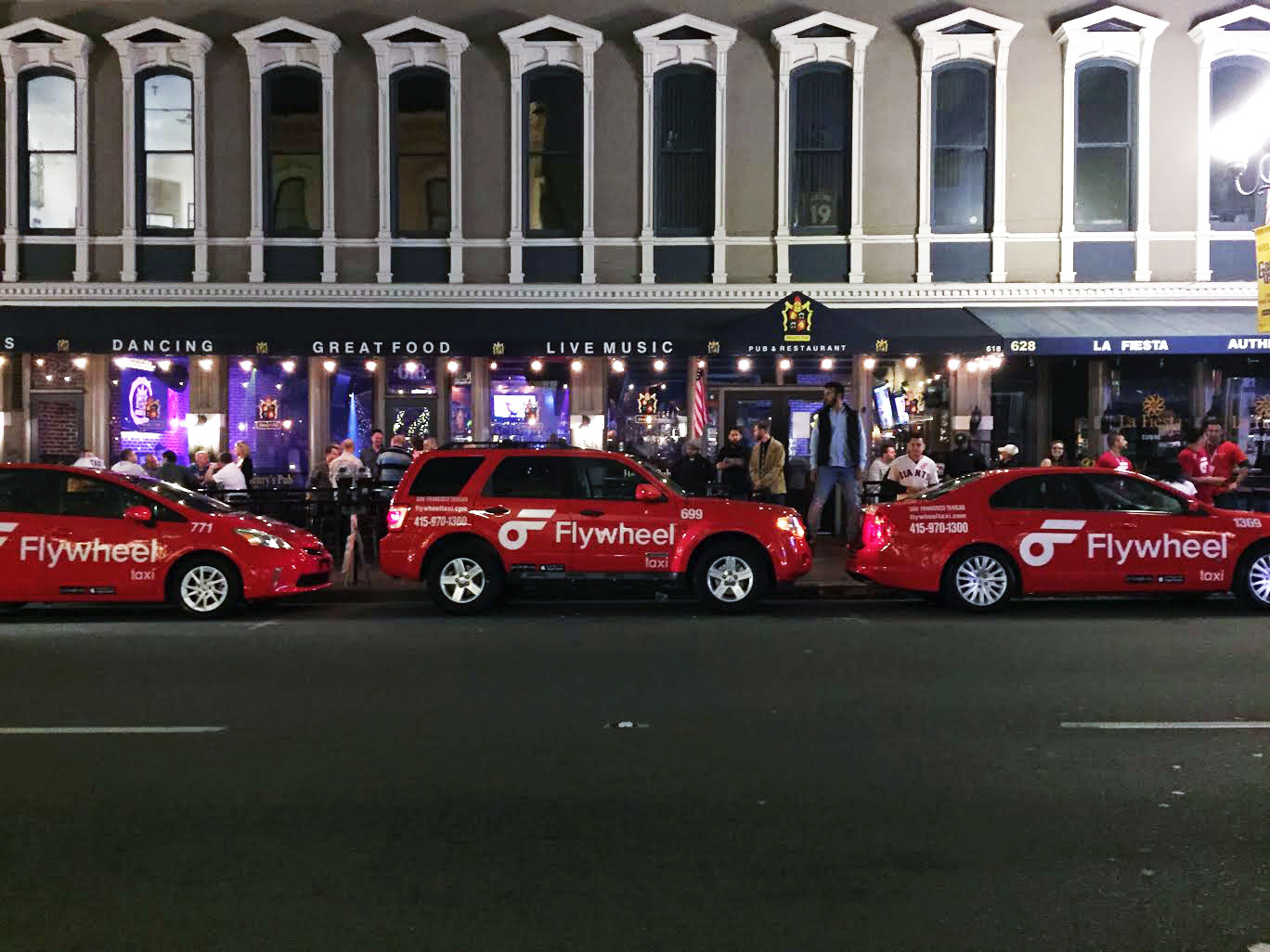 You have to give it to Flywheel, the company equipping taxi drivers with Uber-like apps, for trying to pull the cab industry into the Twenty-First Century.

On Thursday, the company announced a new way for passengers to pay for rides with their mobile phones even when they hail a taxi from the street.

After getting into a cab, passengers merely open the Flywheel app to automatically link up with the driver’s app. After the ride ends, the passenger can pay directly through the app.

“It’s basically the value that we can provide our customers,” Flywheel CEO Rakesh Mathur told Fortune. “The fact that it’s extremely delightful not to have to use cards in cabs.”

Mathur joined as Flywheel’s CEO last fall, at the same time as the company raised $12 million in a new round of funding from Shasta Ventures, TCW/Craton, and RockPort Capital.

With ride-hailing companies like Uber and Lyft eating the taxi industry’s lunch by making private cars appear by tapping a few smartphone buttons, cab companies in the five cities where Flywheel is available have found a savior. One San Francisco taxi company, DeSoto Cab, went as far as to rebrand its entire fleet of more than 200 cars into Flywheel cars earlier this year.

Last summer, DeSoto co-owner Hansu Kim told the media about the threat of companies like Uber and Lyft to taxis. Unlike these upstart ride hailing services, Kim and his peers must obey strict regulations that come with higher costs and less flexibility. At the time, Kim expressed interest in turning his taxi business into a “transportation network company” — a designation adopted by Uber, Lyft, and Sidecar to avoid regulatory annoyances — though he has since settled on his partnership with Flywheel in hope of being more competitive.

Other taxi companies in Flywheel’s markets have also expressed interest in rebranding into Flywheel cabs, Mathur said. He emphasized that Flywheel has not invested in DeSoto.

Flywheel makes money by taking a 10% cut from ride fares through its app and by charging passengers $1 per ride. And because Flywheel doesn’t increase fares based on demand, as Uber and Lyft do, it recently added a feature that lets passengers offer a bigger tip as an extra incentive to be picked up during times of high demand. The feature has led to 85-90% of ride requests getting picked up during the busiest times, versus the usual average of only 50%, Mathur said.

But one question still remains: what about New York City?

The Big Apple is the market when it comes to taxis, but Flywheel has yet to launch its service there. The city’s much tougher regulatory climate for alternative car services is partly to blame. Uber and Lyft are also facing challenges there. Lyft’s launch encountered delays and limited availability at first after the city filed a restraining order against the company, while Uber battled the New York City Taxi and Limousine Commission when it first launched its black car service in the city, among other hurdles.

Flywheel will have its work cut out for itself. It has a natural advantage in cities like San Francisco, for example, where cab drivers are notoriously cranky about passengers paying with credit cards, but drivers in New York City tend to be more open to credit cards.