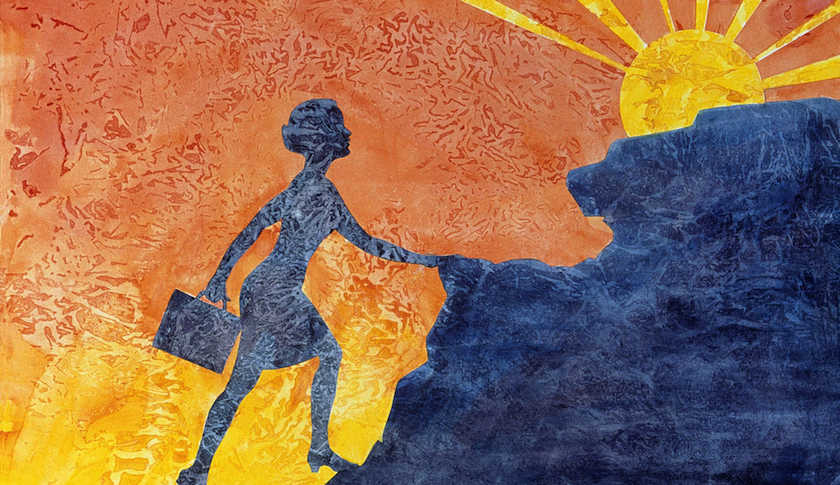 A recent essay by Jennifer Lawrence on Hollywood’s gender pay gap has revived the discussion about women negotiating salary and navigating the business world with confidence. Lawrence wrote in Lena Dunham’s Lenny newsletter of her regret at failing to negotiate her salary for American Hustle and said, “there was an element of wanting to be liked that influenced my decision to close the deal without a real fight.”

As much as I applaud Lawrence’s candor, some of the responses I’ve seen run the risk of putting women at an even bigger disadvantage by giving blanket advice to simply ask for more money or to stop using certain phrases and words in email, like “Does this make sense?” or “just.” This well-meaning advice is more likely to backfire because our society, like it or not, has certain expectations for how women and men behave.

Decades of sociological research document that when members of either gender act counter to these stereotypes, they’re penalized. For men who are stay-at-home dads, this can take the form of exclusion from playgroups or the PTA inner circle. For corporate women, this can be a stalled career due to a reputation as “witchy” or “not a team player,” based on the same behavior that wins men promotions.

Often, people impose these penalties unconsciously, a phenomenon known as implicit bias. One study found that both men and women were twice as likely to hire a male candidate for a job that required math, as compared to a woman applicant with identical skills. Another experiment put musicians behind screens for their auditions and found that symphony orchestras were 50% more likely to advance women in the hiring process when their gender wasn’t evident. In a sad irony, some research shows that the more that a company promotes its culture as meritocratic, the bigger the gender disparities in pay raises.

I’m not saying this is right. Nor am I admitting defeat. I believe we should all seek to change these restrictive gender stereotypes. But I’m not going to stand by silent while fired-up young feminists demand equal pay in a way that is almost certain to fail, given the realities of the world we live in now.

Lawrence writes that when hackers disclosed the pay discrepancy between her and her male co-stars, she wasn’t mad at Sony Pictures (SNE), she was mad at herself for giving up early. To me, she should’ve been mad at our pervasive social norms. Her worry about not being seen as likable shows she was intuiting something that decades of research have shown: Women who try to negotiate salary hurt their own chances. “Perceptions of niceness and demandingness explained resistance to female negotiators,” says one negotiation study by Harvard and Carnegie Mellon University researchers subtitled “Sometimes it does hurt to ask.”

As opposed to outright gender discrimination, this kind of subtle gender bias is harder to prove and even harder to ferret out. Scholar Joan C. Williams has documented the four patterns of gender bias that confront women at work:

Williams argues persuasively that in order to overcome these biases, rather than imitating men, we should look for ways to harness our femininity and turn these biases to our advantage, what she calls “gender judo.”

“You have to walk a tightrope between being too feminine and therefore not competent or too masculine and therefore not a team player or lacking social skills and emotional intelligence,” explains Williams, a law professor and director of the Center for WorkLife Law at the University of California, Hastings.

For example, when negotiating your salary, instead of pushing for more money for yourself—which is accepted masculine behavior—frame the request for money as resources needed for the group or organization to succeed, which is more in line with typical, nurturing female behavior. Another tip: Dramatically ramp up your level of personal warmth.

“You ask for what you want but do so with a smile, do so with personal warmth,” Williams suggests. “The high-level women I talk to very consistently say they spend a lot more time than their male colleagues did getting to know people, getting to know about their personal lives.”

There’s no question that this is a controversial position to take. Many feminists object to the idea that women should modulate their behavior to cater to old-fashioned norms, because it’s a concession that reinforces those very stereotypes we’re hoping to overcome. To a certain extent, Williams agrees: If you already have an assertive style that’s working, then don’t change a thing.

But if you’re new to the workforce or running into mysterious career roadblocks, consider the idea that you may be acting counter to these hidden gender tripwires. Educate yourself on Williams’s patterns of bias, or consult a mentor in your field before high-stakes meetings or decisions, so you’re well-prepared to present yourself and your case in the most palatable way for the decision makers to say yes.

Unfortunately, succeeding in the modern workplace isn’t as simple as reading a few blog posts and scrubbing weak words from your vocabulary. It’s a good start, but the issue requires a nuanced understanding of how women are viewed, both by men and other women, and careful thought about how to end-run the disadvantages you face.

In her essay, Lawrence describes speaking her mind and giving her opinion in a blunt way. “The man I was working with (actually, he was working for me) said, ‘Whoa! We’re all on the same team here!’ As if I was yelling at him,” she wrote. “All I hear and see all day are men speaking their opinions, and I give mine in the same exact manner, and you would have thought I had said something offensive.”

Lawrence is not the only woman bewildered by this double standard. The more that we all can become educated about how unconscious gender bias and stereotypical expectations influence our perceptions of each other, the better. But until the day that these biases are gone, I will continue to practice gender judo as needed—and I urge all female readers to follow my lead.