Is the largest natural-foods brand even sold at Whole Foods? 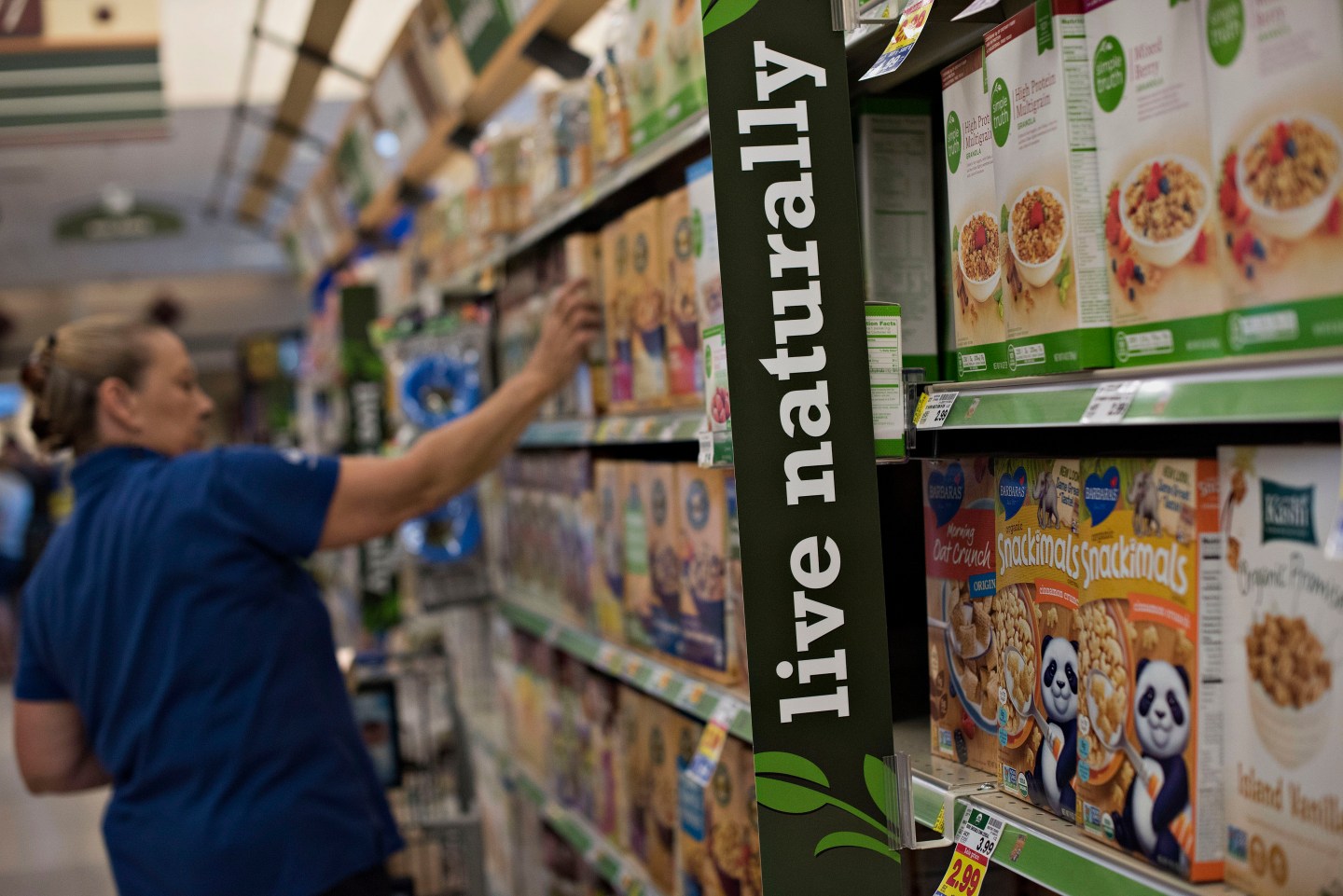 If there’s any lingering doubt that natural and organic food is not just for hippies and foodies, take a gander at this number that supermarket giant Kroger (KR) released for the first time yesterday: $11 billion.

That’s the amount that natural and organic products account for in Kroger’s sales over the past 12 months. Using the company’s $108 billion in revenue in its fiscal 2014 as a benchmark, that’s about 10% of the company’s business.

For context, Whole Foods Market (WFM) had a total of $14 billion in sales in its last fiscal year, while Costco (COST) has said that its annual sales of just organic products are about $4 billion.

Kroger executive vice president of merchandising Mike Donnelly, who announced the figure during the company’s investor conference, tells Fortune that the category has experienced double-digit growth over the last five years.

Kroger, which is one of the most analytics-savvy supermarket chains, started to see the shift toward natural and organic in its sales data four years ago. The insight led executives to build Kroger’s own brand, called Simple Truth, in the category.

Since launching three years ago, Simple Truth has grown at a double-digit rate and is expected to reach $1.5 billion in annual sales by the end of the year. Kroger CFO Michael Schlotman said at a BMO Markets conference that the company believes Simple Truth is the largest natural food brand in the U.S.

For more on organic foods, see the video below: