How embarrassing was World Series blackout for Fox? 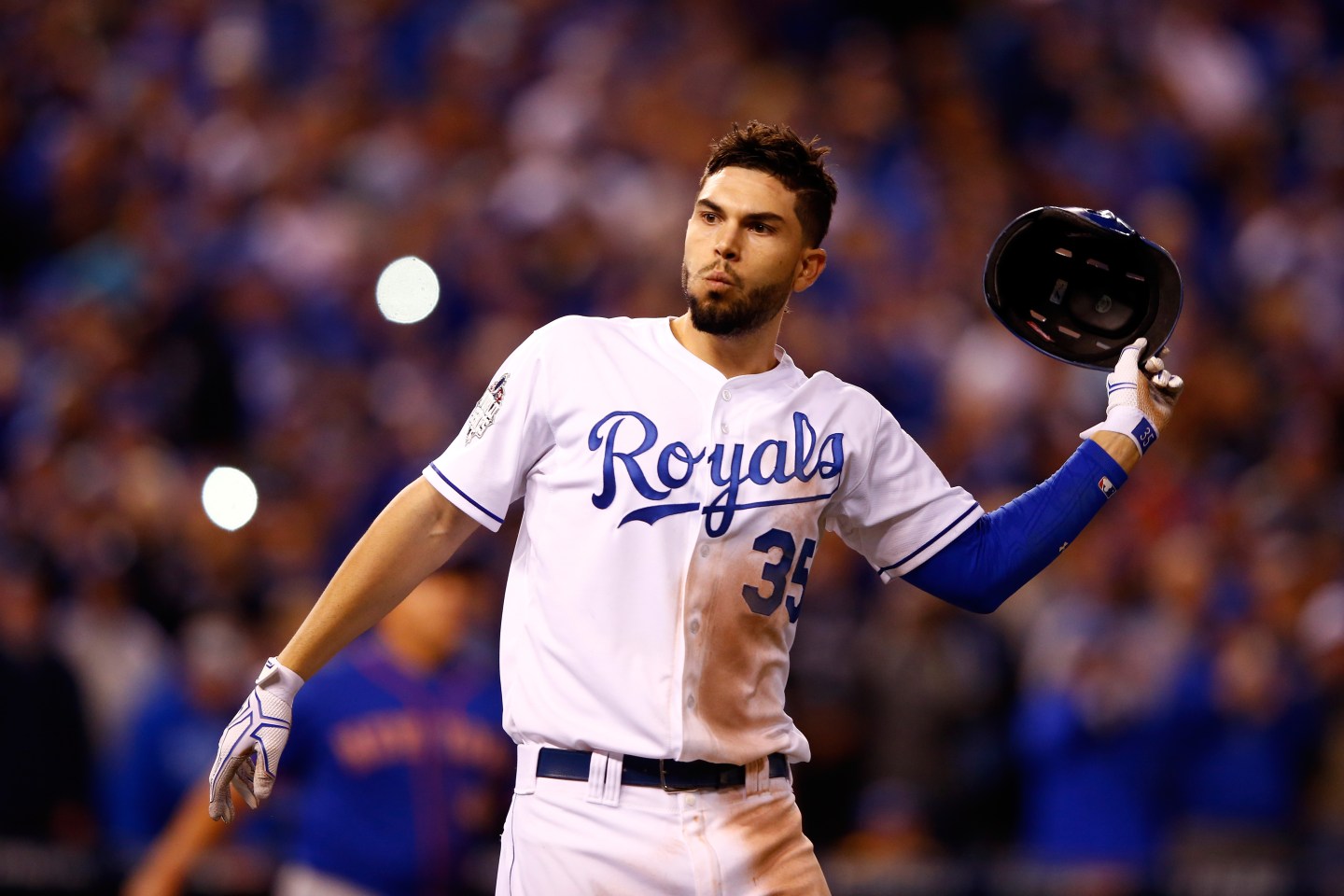 The first game of this year’s World Series, between the New York Mets and the Kansas City Royals, went all the way to the 14th inning last night and didn’t end until past 1 a.m. on the East Coast. But viewers didn’t need to stay up nearly that late to see a stark and embarrassing broadcast bungle by Fox Sports. At 9:18 p.m. Eastern Time, with a 1-1 score in the fourth inning, the telecast picture vanished: no visuals, no audio.

Fox (FOX) scrambled to put up a “technical difficulties” screen. Then it sent the broadcast to a studio, where a different set of broadcasters had to quickly generate some chatter and game analysis. The problem also left managers on the field unable to watch replay video—making this a glitch that affected the game, not just the home viewing experience.

It was not a good look for Fox, which reportedly spent some $500 million to show the World Series this year. And it happened at the worst possible moment: during play in the middle of an exciting, close game. Fox tweeted out a prompt apology, but the damage was done. (Mashable writes that Fox “had one job” and still couldn’t do it.)

We apologize for technical difficulties with our #WorldSeries broadcast. We are working on fixing the issue ASAP

By the eighth inning, Fox had put out a more formal statement on the issue:

Before the start of the bottom of the fourth inning of tonight’s World Series Game 1, a rare electronics failure caused both the primary and backup generators inside the FOX Sports production compound to lose power. The issue was immediately addressed, although it resulted in the audience missing one at-bat during the time needed to switch to carriage of Major League Baseball’s international feed, powered by a different generator on site.

The fact that this was all due to an issue with a generator may sound humorously archaic, but it is also an interesting reminder of the infrastructure difficulties involved in broadcasting a sports event. (It also recalled, for many, the blackout during the 2013 Super Bowl, which lasted much longer and was caused by a power outage at the stadium, but nonetheless, both incidents were related to power supply.)

The entire thing lasted only four minutes for viewers, but it was a stark moment, having come after Yahoo (YHOO) successfully live-streamed an NFL game just two days earlier, on Sunday morning. While Yahoo’s NFL stream was seen by many as a grand experiment (and the particular game chosen, between the Buffalo Bills and Jacksonville Jaguars, in London, was mocked), the fact remains that it generally worked. Yahoo’s big game went off without a hitch; Fox’s did not.

Hans Schroeder, the NFL’s SVP of media strategy, told Fortune on Monday that the NFL considered the live-stream “a tremendous success” even despite some hiccups. “There were a few problems around the edges, but a lot of that is due to Internet connection and otherwise,” he said. Indeed, while there were scattered tweets about fuzzy picture at times on certain devices, Yahoo never had anything close to a disastrous moment, blackout, or failure. And when people stream media content, they do, rightly or wrongly, expect occasional interruptions or slowdowns. They don’t expect any such problems when watching a game through traditional cable TV.

They should. Today’s television content is delivered a number of different ways—over the air, through a coaxial cable, even through fiber-optic cable. And each has its challenges. Right around the same time as Fox was stumbling, fans in Kansas City using Google Fiber to watch the game experienced an unrelated but similarly frustrating momentary outage, prompting the company (GOOG) to tweet out an apology:

We're so sorry about the outage in KC. We know it couldn't have happened at a worse time, and we're working as quickly as we can to fix it.

There’s a moral to this story. As Internet connectivity becomes pervasive we naturally expect it to be available at all times. As such, viewers are increasingly intolerant and unforgiving of technical difficulties—and increasingly likely to post about their frustrations on social media channels. But at the end of the day, national broadcasts are still delivered by a bundle of wires that connect somewhere—including inside a parked Fox Sports truck.

It’s worth noting that the NFL still does not offer what its fans most want: a simple, flat-fee option for streaming every game of their favorite team. Such an arrangement would render its lucrative broadcast deals moot. But the league’s one-off deal with Yahoo was a clever move in terms of optics: Now the NFL has at least shown fans it is willing to try new things and offer them new ways to experience a game. By contrast, an awkward interruption during the most significant baseball game so far this year may only stoke the fires of anti-television sentiment.

In a time when many people already prefer to watch sports on something other than their television through normal cable, Fox’s generator problem won’t soon be forgotten. Even if it was a “rare electronics failure.”