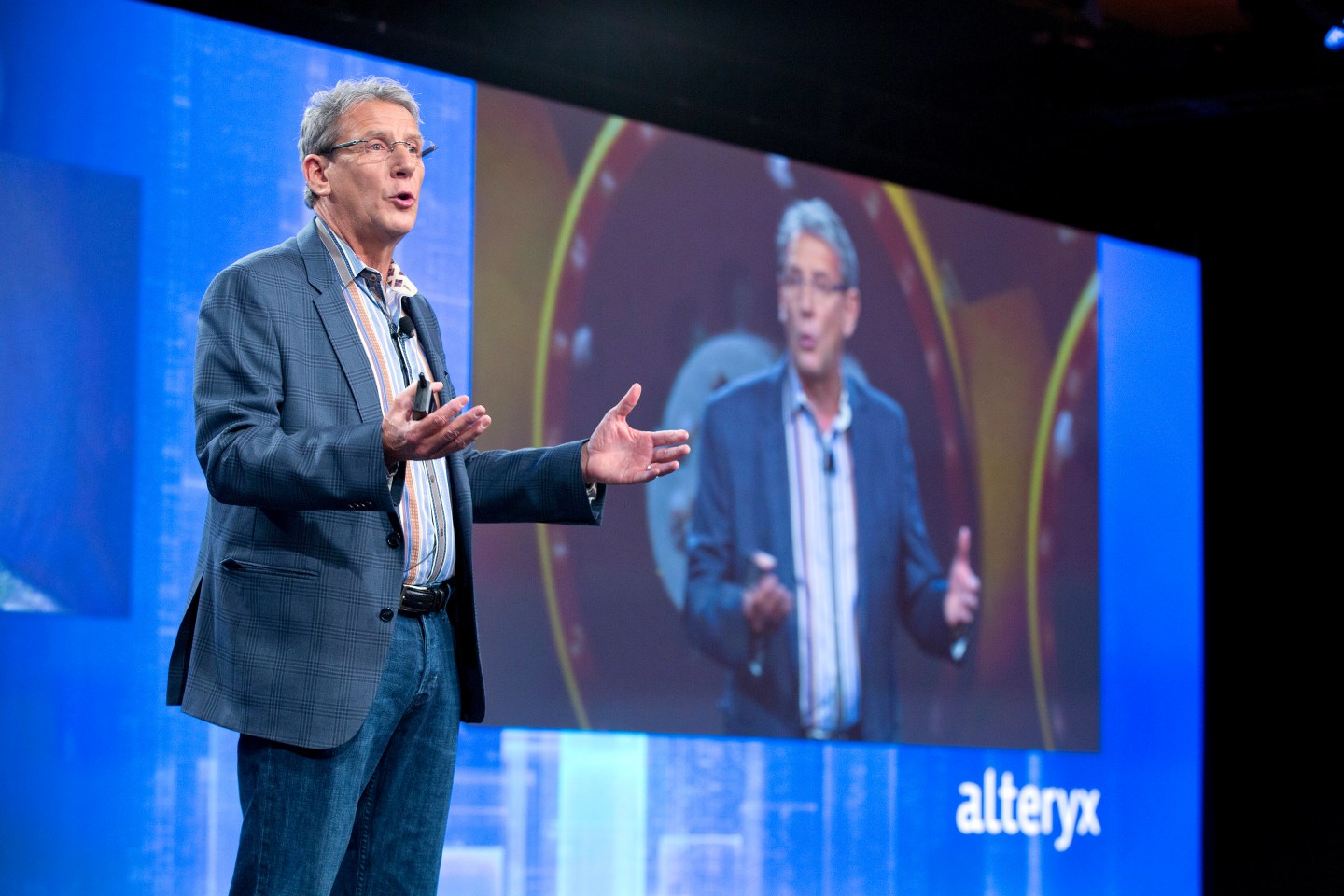 “We have countless stories of customers finding success without even talking to us,” he says. In other words, things are going according to plan for the five-year-old company, which is on a mission to bring “self-service” business intelligence to the estimated 260 million people who work as corporate data analysts. The software company even hired game design experts to make the interface for its applications more appealing.

On Wednesday, Alteryx disclosed another big venture capital round that will fuel that strategy. The $85 million infusion was led by Iconiq Capital and Insight Venture Partners, which was the lead backer in a $60 million round last October. The new money brings Alteryx’s total to approximately $163 million. The round also included Meritech Capital Partners.

Business analysts use the software to organize disparate data sources that might be needed for a particular question, such as a history of sales transactions along with social media activity. Then, they can run queries against the “blended” information. “We can help figure out what you should do next, rather than offer the ‘rear view’ answers that have traditionally been available,” Stoecker says.

One of Alteryx’s biggest selling points is its ability to compress the time it takes for data analysts to get answers. If analysis normally takes four weeks, Alteryx believes it can produce results within four days. It offers two-week trials of its technology as a proof point. The company’s data shows that 92% of the analysts who try the software on their own are able to generate reports within five days, Stoecker says.

What kind of results are customers seeing from that information? He cites the experience of “one of the world’s largest home retailers,” which used Alteryx to optimize the inventory assortment for 2,000 stores—an analysis that involved more than 160,000 stock-keeping units.

The idea was to mitigate price markdowns, reduce returns, and eliminate out-of-stock items. The information surfaced during the retailer’s analysis contributed to a $177 million gross margin improvement within six months, along with a top-line revenue of almost 4% depending on the store. “We’re seeing that magnitude of improvement with other clients,” Stoecker says.

For more Fortune coverage of analytics, watch this video: