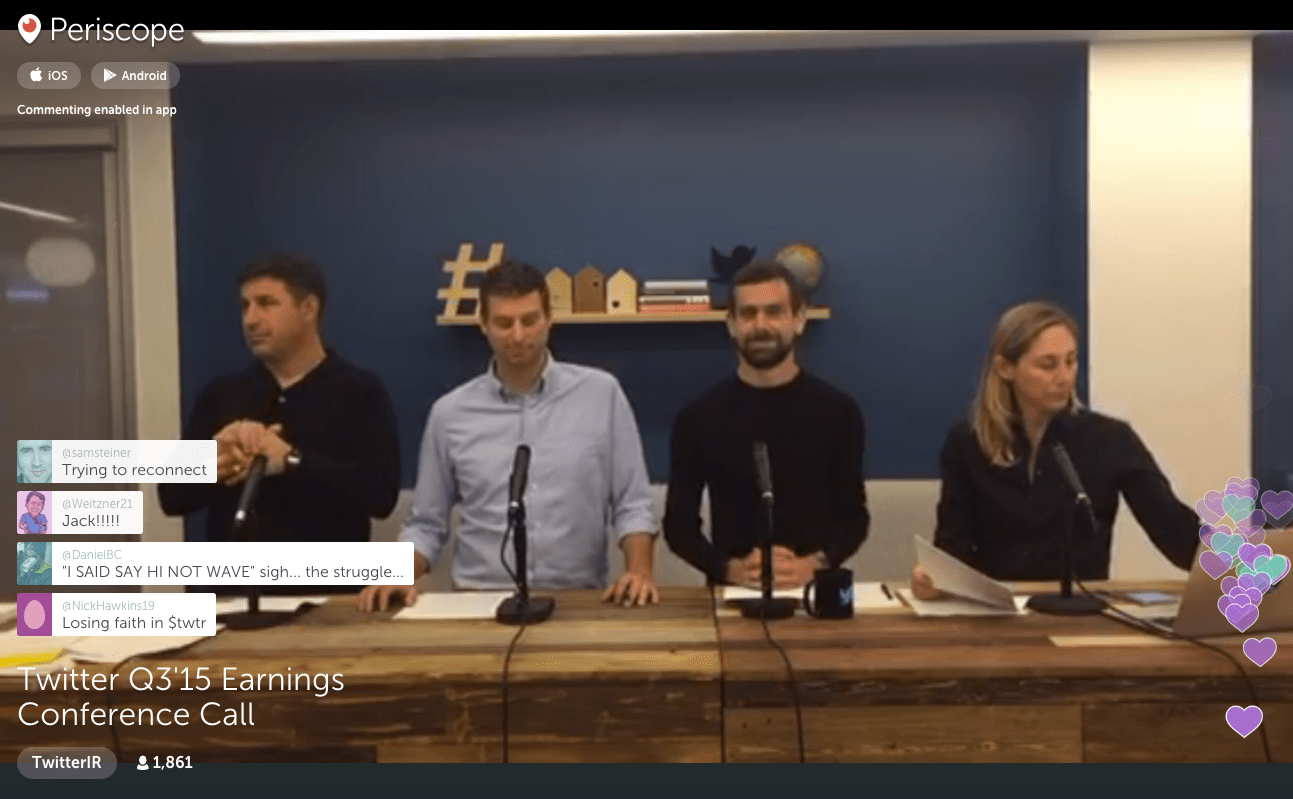 This summer, Twitter (TWTR) needed a hero, and its board and enthusiastic employees decided the best possible option was half of Jack Dorsey.

And why not? While simultaneously running his other startup, Square, Dorsey had nailed the three months he spent as Twitter’s interim CEO. In his first earnings call, where he couldn’t be blamed for Twitter’s bad performance, he laid out a clear vision for what he wants Twitter to be. Investors and the media welcomed it as a breath of fresh air. An elaborate profile concluded that he’d grown up from his rough early days at Twitter. Now he was an adept manager. Twitter employees were re-invigorated.

The day after Twitter announced that Dorsey would be permanent CEO, the company unveiled Moments, its long-anticipated play to lure new users to Twitter. The launch, riding on the momentum of Dorsey’s new job, felt like an early triumph. Beyond that, Dorsey swiftly cut some fat, laying off 336 employees. He also gave employees $200 million worth of personal Twitter stock, a strong leadership move, and moved to amend Twitter’s broken relationship with developers.

But Tuesday, delivering dismal user growth and lowered guidance in its third-quarter earnings report, Dorsey’s early successes deflated slightly. CFO Anthony Noto and newly promoted COO Adam Bain fielded most of the questions on the earnings call. Commentary from all three avoided revealing many new details for investors to get excited about regarding the company’s plans to turn itself around.

Twitter earned $569 million in revenue, a 58% increase over the same period last year, and $9 million higher than analysts expected. It remained unprofitable, losing $0.20 per share. It lowered its fourth quarter guidance from the $740 million analyst consensus to the range of $695 million to $710 million. Perhaps most notably, it added just four million new users, for a total of 307 million. The stakes could not be higher for Moments, but Noto admitted the new product didn’t contribute to growth in new users. In the U.S., the only country where Moments is currently live, Twitter has added no new users this entire year. (The number shown exceeds 307 million because it includes a segment called “SMS fast followers.”)

During the call, which the company broadcast live over Periscope, users chimed in with various funny, critical and encouraging commentary. One person suggested Twitter solve its user growth problems by advertising that it doesn’t ban nudity like Facebook and Instagram. (Twitter’s new television ad, which will air on tonight’s World Series game, focuses on gifs and memes instead.)

Bain emphasized the sorts of things that advertisers love to hear—more ROI metrics! cheaper ads!—but not necessarily what Wall Street wanted to hear.

Analysts were particularly disappointed in the executives’ explanation its lowered guidance for next quarter. Noto answered that certain third quarter costs would now take place in the fourth quarter instead, without specifying what the costs were. “We want to balance investment in growth opportunities in front of us, but not invest blindly,” he said.

Twitter’s investors are not a forgiving bunch. After hours, shares of Twitter dropped more than 12%, coming dangerously close to its $26 a share IPO price from two years ago.

Dorsey’s return, with a clear vision of what Twitter should be—“the most powerful microphone in the world”—has created an exciting narrative around the company. But the hard part has arrived. He has to actually deliver on that vision. The honeymoon period is over.