CEO succession: Is anyone in charge? 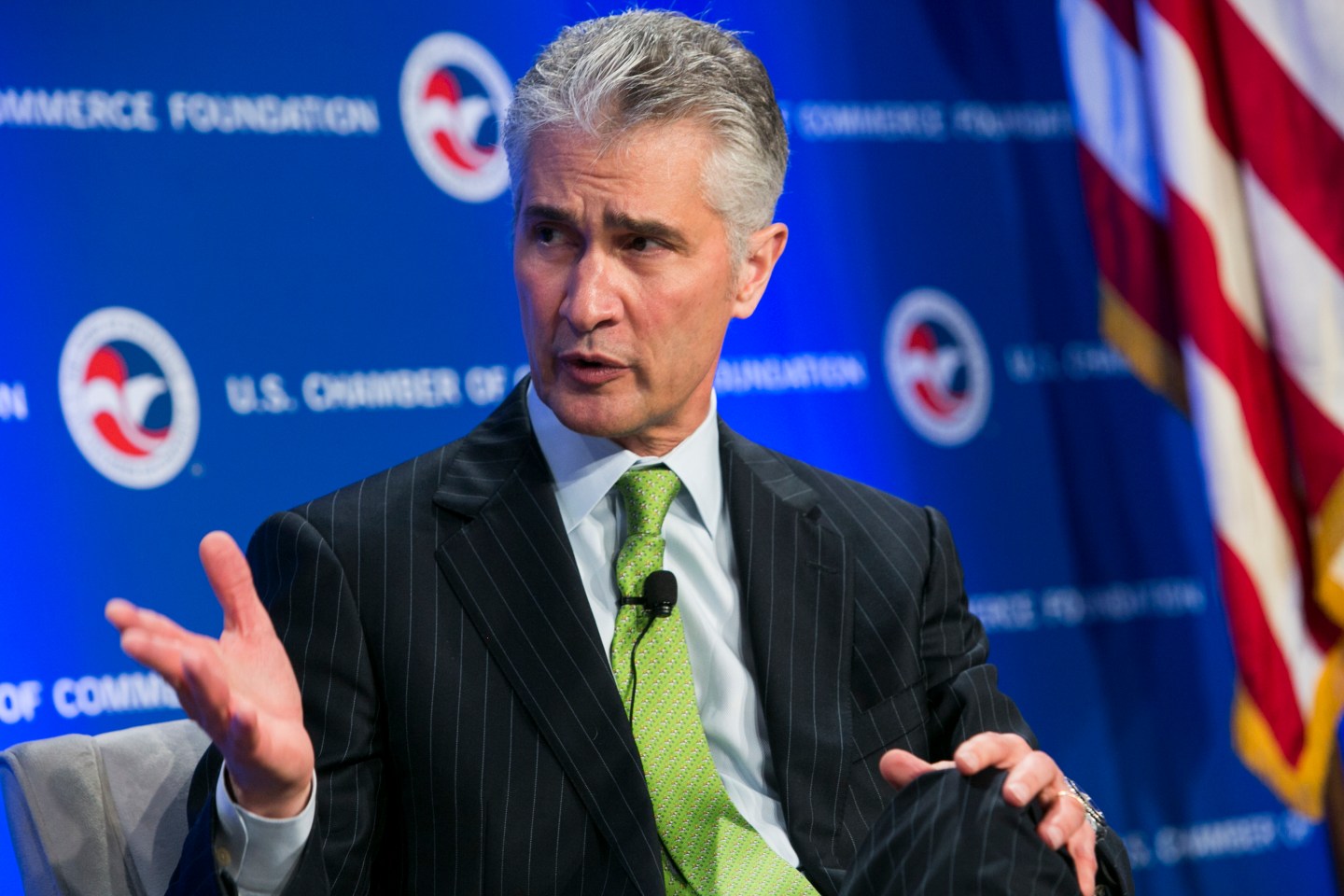 It’s the crisis scenario that you hope never plays out: The sudden stepping down of a chief executive, whether it be for mismanagement, illness, or a boardroom coup. That’s what happened at United Continental Holdings (UAL) back in September, when CEO Jeff Smisek abruptly resigned over revelations that the company was the subject of a federal investigation into the airline’s relationship with the head of the New Jersey Port Authority. He was replaced by Oscar Munoz, notably not an operating executive but a member of United’s board of directors. The obvious inference was that no one in upper management had been groomed for the job. But Munoz pledged to rebuild confidence in the struggling airline, and the company’s stock began to recover from its earlier decline.

Then lightning struck a second time with the announcement on October 16 that Munoz had suffered a heart attack the day before and that he would be unable to fulfill his CEO duties for the foreseeable future. In just over a month, the company was faced with not one, but two, leadership changes at the top. Scrambling, the board announced that—this time—the company’s general counsel and EVP, Brett Hart, would take over as temporary CEO.

It’s worth noting that this situation is highly unusual. But the crisis makes clear, once again, just how important succession planning is at the top levels of a company. Now, a new study by consultants AlixPartners and Vardis, provided exclusively to Fortune, puts hard data to what we all fear to be true: Many companies aren’t doing what they should when it comes to succession planning, and some aren’t doing anything at all. In the survey, which polled 103 senior level execs, a full 31% of respondents said their company had identified no CEO successors at all or offered any formal training for potential successors. In private equity portfolio companies, the problem was even more stark: 48% of respondents said they had not identified a successor, and 50% said they provided no formal training.

It’s a stunning result—and suggests that for all the lip service given to the issue, as well as the requirement, under Sarbanes-Oxley, that public company boards have a formal succession process—that it’s often not happening. Says Ted Bililies, head of AlixPartners’ Leadership and Organizational Effectiveness Practice: “The market for CEO talent has never been stronger and more urgent, and yet the preparation of CEOs has not taken place.”

Still more disturbing, even among companies with a formal succession process, it’s not clear or consistent who is actually running the show. A full 41% of those surveyed admitted that their organization doesn’t have a clear set of criteria for choosing top performers. And although it’s common wisdom that the board, not anyone inside the company, should take the lead on succession, 56% of those surveyed said either the current CEO or the head of HR is primarily responsible, a clear red flag for any governance watcher. “That is really, really scary,” says Bililies. “From a leadership standpoint, people are playing fast and loose with who the next leader of the company should be.”

Does your company have a valid and functional succession process? It’s probably worth knowing the answer to this question before any version of the United Airlines crisis happens to you.