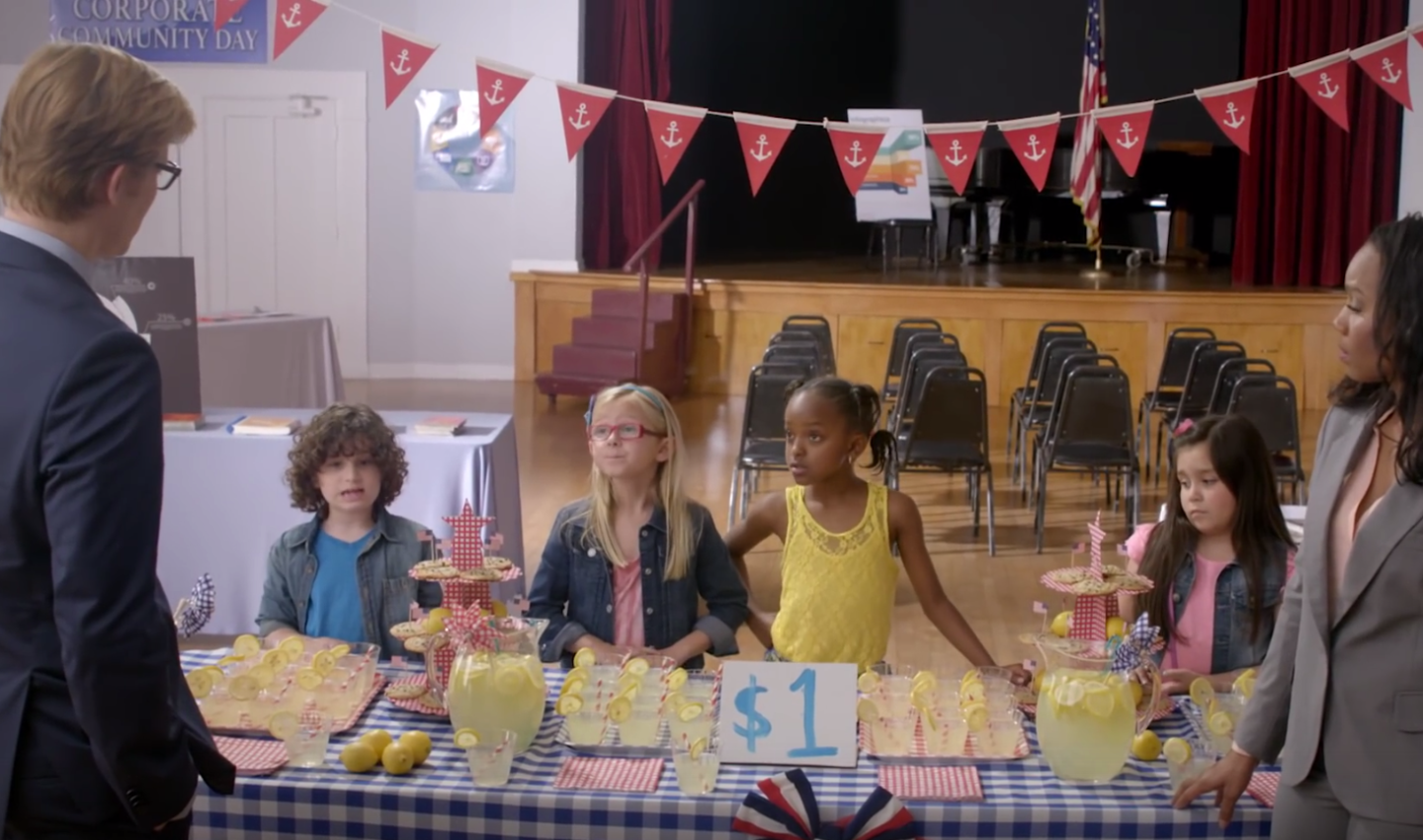 If you don’t understand what all the pay gap fuss is about, this new video should do the trick.

On Tuesday, Make it Work, an advocacy group for economic security, released a two-and-a-half minute video as part of its campaign to raise awareness of unequal pay in advance of the 2016 election.

The group partnered with Issa Rae, YouTube star and creator of the award-winning web series The Misadventures of Awkward Black Girl, to create the clip, which explains the wage gap in a simple, kid-friendly way.

In the video, which is called “Lessons in equal pay for corporate America,” two adults buy lemonade from four children: a white boy, a white girl, a black girl and a Latina girl. Although all the lemonade is the same, the adults offer the white boy the full price ($1), but the girls all get less for the same product: the white girl gets 78 cents, the black girl 65 cents, and the Latina 54 cents.

The video plays up how unjust and illogical the pay gap is. When one of the girls asks why the boy gets more than they do, the adult answers, “Because we value him more than we value you.” When she asks why again, the answer is simply, “Because that’s the way it’s always been.”

The amount paid to each girl in the video reflects the 2015 pay gap, which results in an annual average loss of $11,000 for white women, and $22,000 and $25,000, for black and Latina women, respectively, according to Make It Work. And unfortunately, the situation is only getting worse.