The least and most distracting hands-free tech in cars 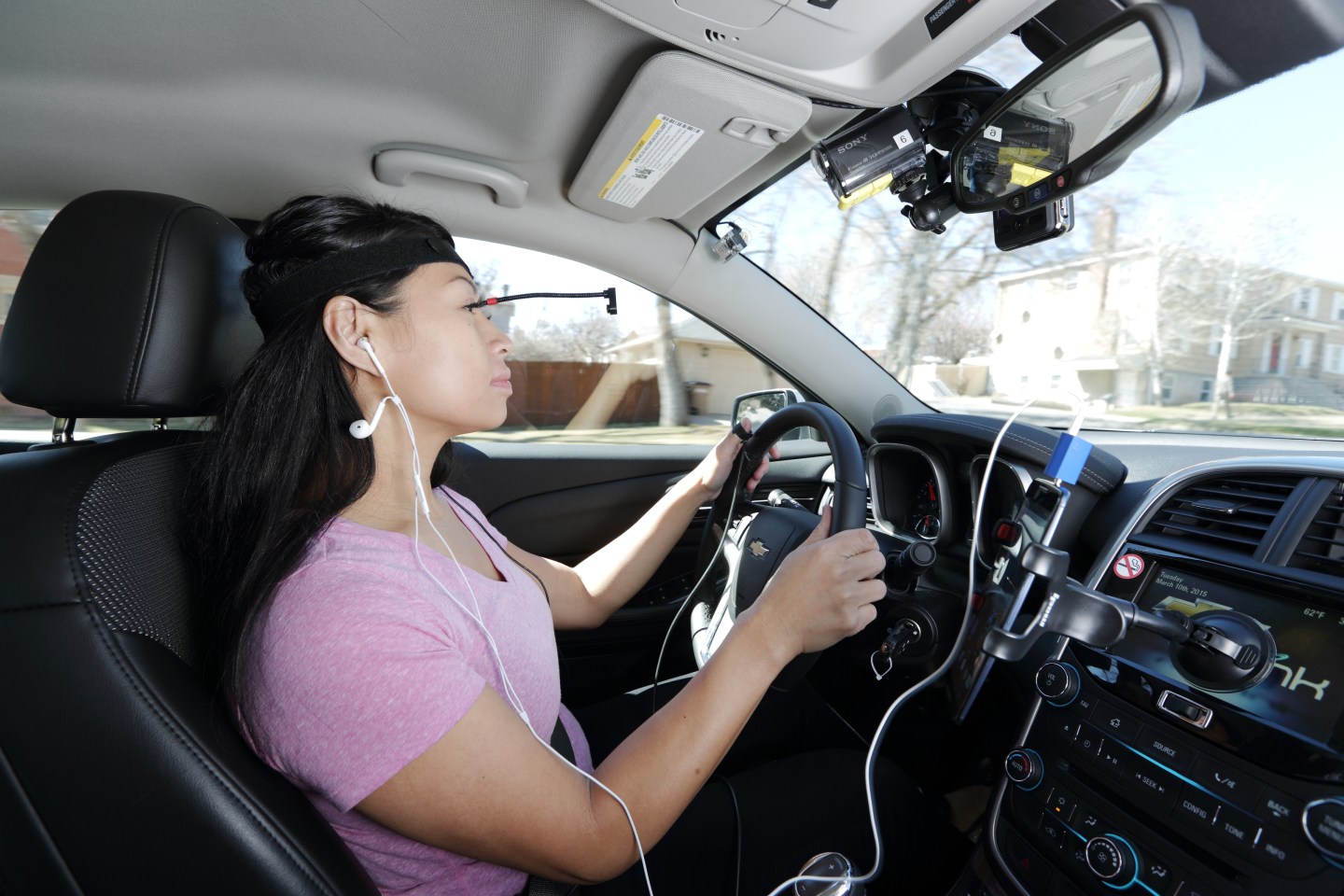 Drivers using voice-activated Google Now on their smartphone to make a call, send a text message, or select music were less distracted than when they used Apple’s Siri or Microsoft’s Cortana, according to a study by the AAA Foundation of Traffic Safety. And while the testing showed Google Now was intuitive and easy to use, and had fewer timing and comprehension errors than Siri or Cortana, it didn’t conclude that it was totally safe either.

All of the hands-free technology tested in the study, including in-vehicle infotainment systems in 10 different model cars, increased mental distraction to potentially unsafe levels. The systems that performed best generally had fewer errors, required less time on task, and were relatively easy to use, according to the AAA Foundation.

The study, which builds off two previous ones conducted by the University of Utah, evaluated the cognitive workload on drivers who used voice-activated personal assistants on smartphones and in-vehicle infotainment systems. In other words, the study measured how distracted drivers were as they used smartphone and in-car voice-based technology.

In the smartphone study, 65 participants were asked to make calls, send a text message, and change the music using Apple’s Siri, Google Now, and Microsoft’s Cortana. In a separate test, 257 drivers used voice commands linked to an in-vehicle infotainment system to complete six tasks such as dialing a number and selecting music while driving. The test evaluated the systems in 10 different 2015 model year vehicles.

“The results indicate that motorists could miss stop signs, pedestrians, and other vehicles while the mind is readjusting to the task of driving,” said Peter Kissinger, president and CEO of the AAA Foundation for Traffic Safety.

The best performing hands-free in-car systems were in the Chevy Equinox, Buick LaCrosse, and Toyota 4Runner. The system in the Mazda 6 was the worst performing with a distraction rating of 4.6. The research determined that a category 1 mental distraction is about the same as listening to the radio or an audio book. A category 2 distraction is about the same as talking on the phone, while category 3 is equivalent to sending voice-activated texts on a perfect, error-free system. Category 4 is similar to updating social media while driving, while category 5 corresponds to a highly challenging, scientific test designed to overload a driver’s attention.

Automakers and tech companies are in battle to dominate in-car platforms—all of which have voice-activated controls. Apple and Google have been battling over the connected car for a few years now with their Apple CarPlay and Android Auto products. These two platforms weren’t included in the AAA Foundation study.

Both platforms integrate the smartphone with the vehicle’s dashboard. Android Auto connects to Android smartphones, while CarPlay works with the iPhone. And they work about the same way. Once users plug their smartphone into the car’s USB port, the phone’s maps and navigation, music, and selected apps are integrated onto the central screen. Both have similar features with a few notable differences—CarPlay users can only use Apple maps. Applications in both platforms can be controlled by voice, steering wheel controls, and touchscreen, and they also offer third-party audio apps.

The upshot? In-vehicle tech (and the hands-free features that typically accompany it) isn’t going anywhere. It hasn’t come close to reaching its saturation point yet. It’s a scary thought (as far as distracted driving is concerned), but it also presents an opportunity for tech companies and automakers to innovate around hands-free systems to make them easy to use and only as distracting as listening to the radio.