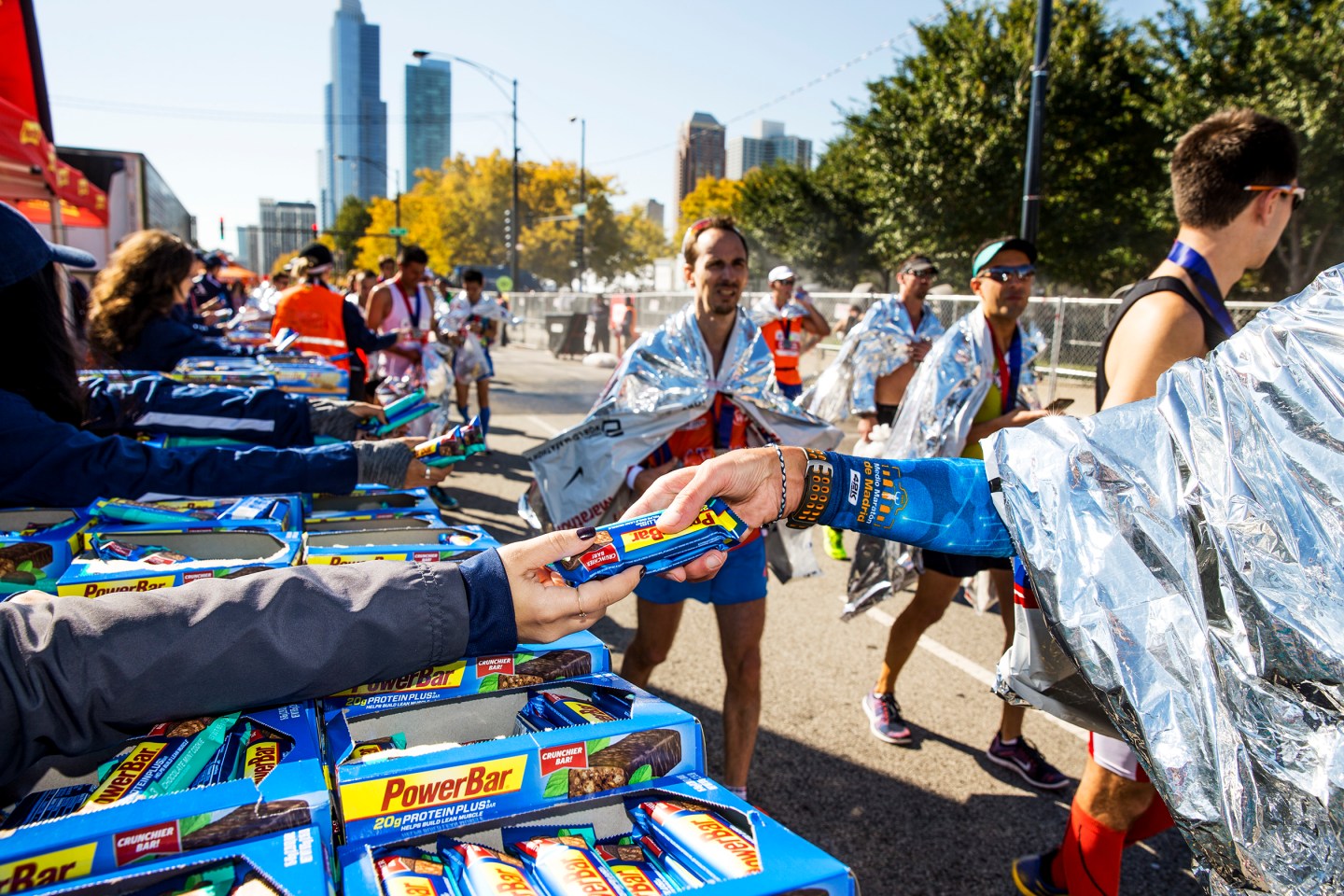 Over the past two decades, the act of voluntarily running long distances has gone from a curious hobby for a few solitary fitness addicts to a full-fledged national phenomenon.

Now, as the distance running season reaches its fall peak, the sport is looking more corporate than ever. IBISWorld estimates organized road racing to be a $1.4-billion-and-growing industry (which in turn feeds, among other beneficiaries, a $3 billion running shoe sector, according to the National Sporting Goods Association). The result: race organizers and sponsors alike are increasingly clamoring for a piece of the growing world of participatory sports.

Even Richard Branson is in on it. Earlier this year, the billionaire entrepreneur recruited Mary Wittenberg, former CEO of New York Road Runners, the nonprofit organizer of the biggest marathon in the world, to lead Virgin Sport, a new venture that will put on mass sporting events, including road races.

Virgin will join the already established Competitor Group Inc, which is expanding its Rock ‘n’ Roll road running series beyond the 30 cities that already host its events. CGI is as corporate as they come—it was bought by private equity firm Calera Capital for a reported $250 million in 2012, and has a reported $116 million in annual revenue. The group held its first New York City race in Brooklyn this fall, a half marathon with 17,500 runners.

“Runners understand the sponsors’ support,” he says. “Therefore they are more likely to recommend and be loyal to the brands that support their sport.”

And the demographics don’t hurt: The median household income of a runner is $112,000, and at least 79% are college-educated, according to CGI data.

Yet distance running participation isn’t growing at the pace it once was and at the moment most running events are too small to command the attention of big advertisers, particularly for one-off races.

“It’s really hard to get sponsorship against just one day,” says Wittenberg.

Races like the New York City marathon, with its upwards of 50,000 finishers, are the exception on that front. At NYRR, where she was CEO for 10 years, Wittenberg lined up multi-year deals with TCS, the title sponsor for the marathon, as well as Airbnb and United, among others, by extending their involvement to other NYRR races throughout the year.

But outside of the major marathons, which include Chicago, Boston and Washington’s Marine Corps, sponsors want a circuit, Wittenberg says.

That has led groups like CGI and probably Virgin too, once it’s up and running, to buy up some existing midsize races of, say, 5,000 to 10,000 runners, rebrand them and use their logistical expertise to improve them, and start more of their own. That way, not only do race organizers benefit from economies of scale, they can also sell sponsorships in bulk. And also improve races that were floundering.

Not everyone loves the streamlining. Still, though CGI is sometimes criticized for how it finds ways to charge fees for things like VIP access to port-a-potties, older races like Montreal and New Orleans have thrived under its management.

“That helps introduce people to what might have been a slightly less successful race before,” said CGI Chief Marketing Officer Keith Kendrick.

For big entities that don’t have such broad geographical ambitions, one popular tactic has been to add smaller races and develop others throughout the year.

The organizers of the fast-growing Los Angeles Marathon, whose title sponsor is Skechers, have added a 5k and 10k at others times of year, and will likely have a half marathon by 2017, says CEO Tracey Russell. The idea, she says, is to keep people engaged after they check off what for many is a bucket list item: the marathon.

At New York Road Runners, Wittenberg’s successor Michael Capiraso is also beefing up the club’s offering, this year adding a 5k to its Bronx 10-mile race and its Staten Island Half Marathon. The goal is to recruit of new cohort of runners by making running less intimidating, and get them hooked. Says Capiraso: “Runners tend to be loyal committed, and sponsors like that.”

Still, despite all the interest from big business, the majority of races will remain small, volunteer-run affairs with a local business sponsoring.

On a crisp October morning, Dr. Mark Cucuzzella, an Air Force reservist, personally gave starting instructions to runners at the Freedom’s Run marathon, a 340-finisher race in West Virginia he puts on. It doesn’t generate a ton of money, but that’s not really the point of it.

For more on the world of athletics, watch the Fortune video: