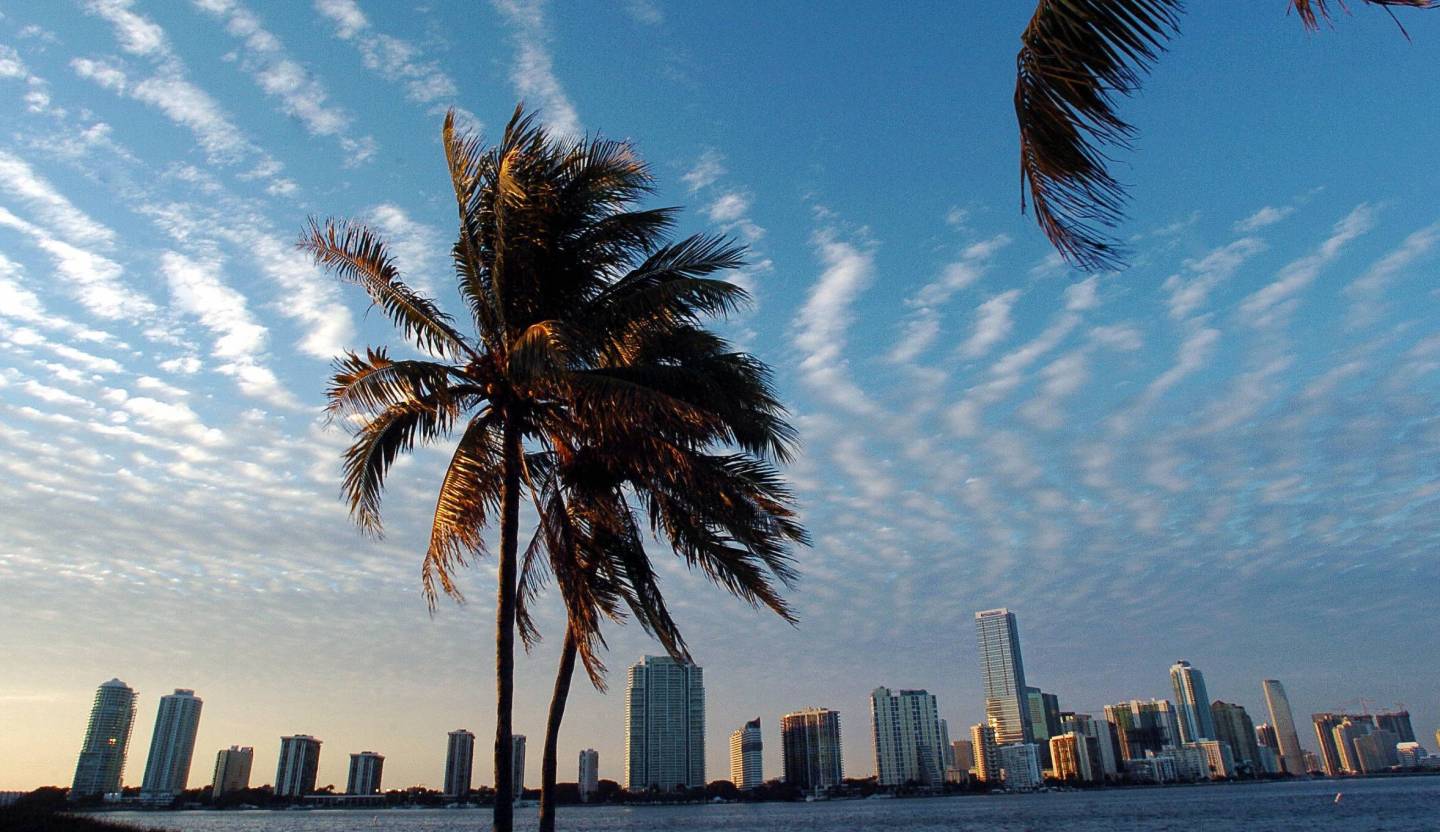 MIAMI, UNITED STATES: The skyline of Miami, Florida is shown in this 09 March 2005 image. In 1895, three stubborn visionaries came together to create Miami and, in doing so, open all of then-pristine South Florida to development.Tourism is one of the area's most important industries. Millions of visitors flow through Miami International airport each year. AFP PHOTO /Roberto SCHMIDT (Photo credit should read ROBERTO SCHMIDT/AFP/Getty Images)
Photograph by Roberto Schmidt — AFP/Getty Images

Many Americans, intent on building their fortune, think of heading to New York or San Francisco. But it turns out neither are the best U.S. city to live in for the majority of Americans looking to build wealth over time.

The best city for Americans looking to save money and accumulate wealth is Houston, according to a new study by Bankrate.com. The web site calculated the rankings based on the metropolis’ affordability, the ability to buy a home and have its value appreciate, and several other key factors that enable people to accumulate wealth. The Texas oil capital is closely followed by Washington D.C., Cleveland and Detroit.

New York ranks fifth, while San Francisco doesn’t even finish in the top 10.

“When we talk about building wealth, we’re not talking about becoming the next Warren Buffett or Mark Zuckerberg,” said Claes Bell, a banking analyst at Bankrate and the study’s author. “We’re talking about the ability of most people to buy homes, put aside money for their children’s education or save a nest egg for retirement.

“In a city like New York or San Francisco, you may be making six figures, but you’re spending that, too,” Bell explained.

Bell focused on the 18 biggest cities in the U.S. for which the Bureau of Labor Statistics’ Consumer Expenditures Survey publishes figures—numbers critical to the Bankrate.com study. To calculate rankings, Bell looked at average net incomes after taxes and took out average annual expenditures for each city. The difference became the money a person might be able to save. Then, he factored in such variables as average debt burdens; the five-year appreciation of each city’s real estate values; access to affordable financial services and higher education; and the strength of local job markets.

“People tend to look only at their gross incomes when they think about saving, but it’s really more about net incomes,” Bell said. “It’s like if you only focused on the revenue side of a business. The expense side is just as important in determining whether you’ll have profits.”

Home ownership is a key element in the wealth most Americans are able to accumulate over a lifetime, Bell explained, and cities with high percentages of home ownership tended to fare better in the study.

“Detroit’s high ranking may be a surprise because of that city’s high foreclosure rate,” Bell said. But “in a place like Detroit, 75% of the people own their own homes. That’s because homes are more affordable.”

In New York City, only 49.4% own homes and in San Francisco, only 52.5%, he noted. The massive wealth that permeates a financial mecca like New York or a tech center like San Francisco actually works against the ability of average people to purchase real estate by pushing up prices—an impact that lowered those cities’ rankings.

Higher taxes—income, property or sales—also represent another impediment to building wealth and cities that impose them ranked lower, Bell pointed out.

Besides mortgages, student loans composed a large segment of average citizens’ debt burden, even in top-ranked cities. Yet, that debt proved less of a drag on cities like Washington, where many professionals shoulder leftover debt from undergraduate and graduate school, because of its lower interest rates and monthly costs.

Additionally, Bell considered whether residents of certain cities had access to employer-sponsored retirement plans, which he described as a pivotal tool for the average person to build wealth. Higher productivity rates in certain cities also tended to allow employers to provide higher wages.

“This isn’t to say if you move to Houston, you’ll suddenly be saving lots of money,” Bell noted. “Much depends on which industry you work in and what the market in that city looks like.

“Of course, everything is predicated on whether a person makes the individual decision to save in the first place, but you can’t even begin to worry about that without excess disposable income,” Bell concluded.