Donna Karan: Why I made the ‘very tough decision’ to sell 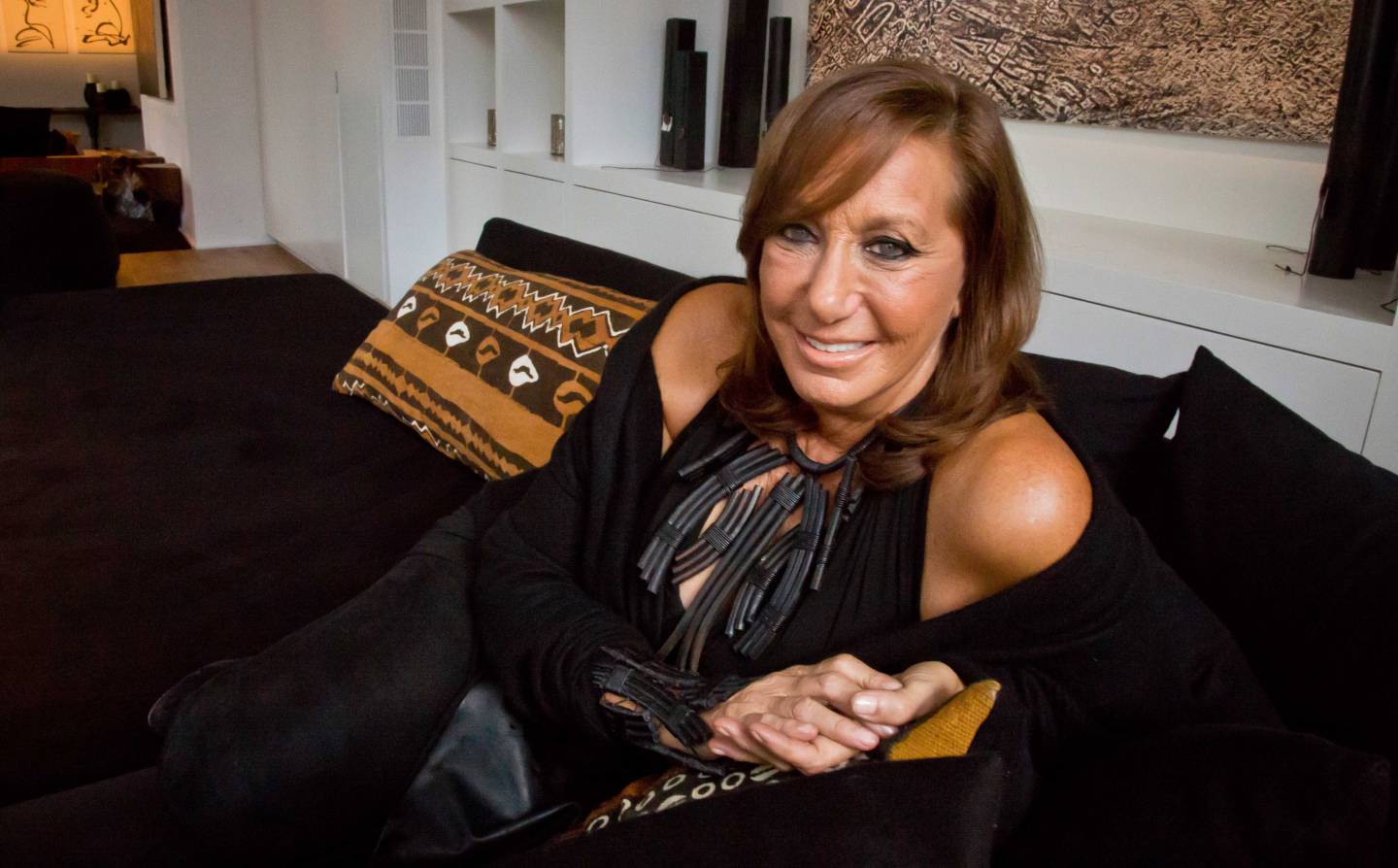 In this Oct. 5, 2015 photo, fashion designer Donna Karan poses during an interview in New York. Karan has a memoir coming out next week "My Journey," a volume chock full of very personal, entertaining anecdotes. (AP Photo/Bebeto Matthews)
Photograph by Bebeto Matthews — AP

For 31 years, Donna Karan of Donna Karan International and DKNY helped professional women dress. Her Seven Easy Pieces – a body suit, pants, jacket, skirt, suede jacket, coat, sequined skirt –mostly in shades of black – set the standard for a sophisticate who wanted to go from work to dinner, without a lot of fuss.

Karan dressed presidents (Bill Clinton gave her two days notice to make a suit for his inauguration), movie stars (Barbra Streisand is her best pal), and expanded her brand presence globally through DKNY, DKNY Jeans, and a plethora of licensing deals.

Earlier this year, though, Karan stepped down from the eponymous fashion company she founded with her late husband. Her split from LVMH, the luxury goods conglomerate that bought Donna Karan International (DKI) and its licensing arm, Gabrielle Studio, in 2001 for $643 million, was preceded by rumblings that all was not well with the partnership.

In July, LVMH announced that it would put the DKI brand on hold, and focus instead on DKNY, a lower-priced brand that targets younger consumers. Karan says that LVMH’s plans to shelve the DKI brand was “a very difficult pill to swallow, to say the least.”

But she says that it was her decision to leave the company. Karan, whose memoir, My Journey, was recently released, spoke to Fortune about her career, where contemporary fashion is headed, and her latest venture.

Karan now devotes 100% of her time to Urban Zen, the company she started in 2007 with LVMH’s approval. Managing her DK brands and a growing company became increasingly difficult over the years, she says . “I didn’t have time to do it all, and I had to make a very tough decision,” she says. Plus, she adds which a chuckle, “I was getting a little bit on in years.” She is 67.

She notes that “very few designers have the opportunity to go out there and start another business after you sell your business. It’s very rare.” Her original agreement with LVMH was that she could start Urban Zen as long as it remained a high-end brand with distribution that did not compete with any of the Donna Karan brands. For Karan, that means Urban Zen, which she describes as an East meets West “lifestyle brand that is interested in both philanthropy and commerce” must sell its clothing, accessories, house wares, and furniture exclusively in its own stores or though a select group of small retailers. ,Last June, she further expanded the brand to include e-commerce through her Urban Zen website. Karan says she’s very comfortable with the direct to consumer model. It is, she says, what she originally had in mind with the Donna Karan brand that she launched more than 30 years ago.

“When I first started Donna Karan, I realized there was a void in the marketplace and I wanted to fill it, “ says Karan. “At the time, there was an uptown fashion look – Oscar de le Renta and Bill Blass –and you had then you had most fashion designers doing clothes that were like women wearing men’s suits.” Karan’s original intent was to design a more feminine line that was still elegant and functional but, she says, “I only wanted to sell to my friends and small boutiques.”

The marketplace had other ideas. Because Anne Klein and DKI shared the same investors, and because she was so respected among top retailers, “whoever wanted Anne Klein also wanted Donna Karan,” Karan recalls. “And that took it to dimensions that I wasn’t prepared for. It took on a life unto itself.” While her brand was instantly popular, it often struggled financially. In her book, she describes monthly meetings with her partners as “stressful and antagonistic,” and she initially resisted their suggestion of an IPO as an antidote to the company’s serious cash flow problems. She eventually capitulated and when DKI went public in June of 1996, shares increased 25% on the first day.

But going public was a tough transition for Karan. “When you’re playing with your money, you can take chances,” she writes. “When you have shareholders, no one wants you off message.” When the company was acquired by LVMH in 2001, she writes that she was saved from “the public company nightmare.”

With Urban Zen, she says, she is back in creative control and approaching growth in a more deliberate fashion. “It’s back to basics,” she says. “Fashionable basics.” Think $1300 sweaters and $800 skirts and pants. The company has no outside investors, has just three stores (in Manhattan, Sag Harbor, and Aspen), and a small team of 25 employees. Karan is CEO, a role she says she never played at DKI, as managing the day-to-day business while playing the role of lead designer would have been extremely taxing.

Of Ralph Lauren’s (RL) recent decision to step down as CEO of his company, she notes that “given what he does, I don’t know how you can be CEO and the creative director. Stepping down as CEO is not the same as walking away as the creative visionary of the company.”

Is there less brand loyalty now than there was when Karan began her career? “Absolutely,” she says. “And I don’t think fashion is driving the business. I think the consumer right now is buying shoes and accessories and hitting on fashion, unless she is a die hard brand lover.”

Ecommerce has made fashion more and more accessible to consumers of every age and financial level and, she says, “the consumer is becoming her own personal stylist…It’s a whole other world.”

Karan’s response to those marketplace changes is, once again, to create a brand that she believes is distinctive and addresses an unmet need. In addition to Urban Zen retail, she’s established Urban Zen Foundation, which funds integrative health, culture preservation, and education initiatives. She has also opened a vocational education school in Haiti to train artisans.

“It’s more than fashion,” she says. “It’s more like a movement.” She believes that the Urban Zen brand will resonate with a new generation of consumers and designers. “They’re involved in the craft of the garment they’re wearing,” she says. She teaches at Parsons School of Design and frequently visits other colleges to work with students studying fashion and design. “They are all talking about conscious consumerism,” she notes. “And when that starts at the designer level, it is going to penetrate to the consumer.”

Donna Fenn is a journalist and the author of two books: Alpha Dogs: How Your Small Business Can Become a Leader of the Pack; and Upstarts: How GenY Entrepreneurs are Rocking the World of Business.