How to stop a colleague from taking credit for your work 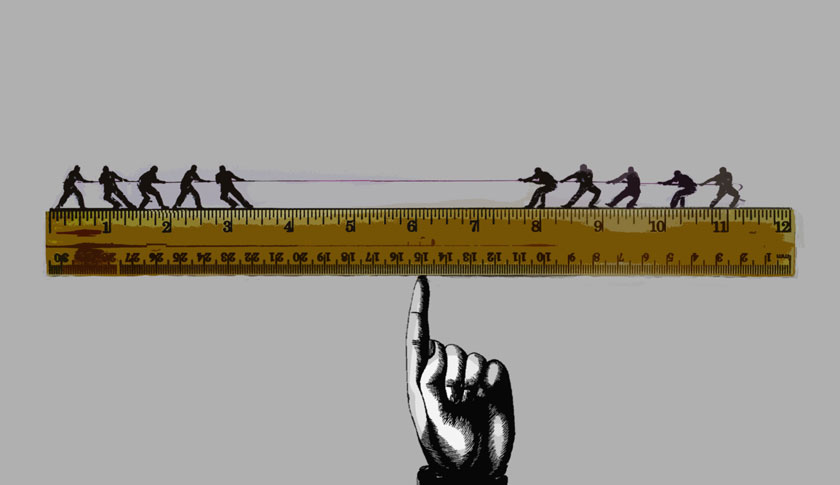 Dear Annie: I liked your column about self-promotion at work, but my problem is that I have a colleague who seems to think that promoting his own personal brand includes stealing other people’s ideas. We are a close-knit team of developers, and we usually function by openly swapping suggestions and building on each other’s work. But one person, who joined the company last spring, is really gumming up the process because anytime anyone else (or the team as a whole) scores a win, he manages to make our boss—who is also his racquetball buddy—think it was all his.

Apart from this one thing, he’s a nice guy and we all like him, but everyone is getting tired of his constant hot-dogging. Should we confront him as a group, or meet with our boss to talk about this? Do you know of any better way to make him cut it out? — Ticked Off

Dear T.O.: Maybe. I ran your question by Mark Goulston, a psychiatrist who has spent a couple of decades consulting to companies on how to resolve clashes like this before they squash productivity. He’s also the author of a book you might find useful, Talking to Crazy: How to Deal with the Irrational and Impossible People in Your Life.

Instead of confronting this colleague as a team, and before trying to talk to your manager about the problem, Goulston recommends a one-on-one conversation he calls “the wince confrontation. You are about to hit him with a two-by-four, but you’re going to wince while you do it.”

Why? To someone who is so insecure (or so narcissistic) that he or she needs to hog the kudos for others’ accomplishments, “criticism is much more painful than for ‘normal’ people. It’s extremely threatening,” he explains. “So, in order to get your message across, you have to level the playing field. Looking pained while you’re talking makes you seem to be suffering, too.

“It helps that the person is generally well-liked, because that gives you some genuine positives to begin with,” he adds. Start by sitting your teammate down in private and saying firmly, “I need your help with something.” Then talk a little about what a valuable team member he is, how much everyone likes having him around, and so on.

Next, while wearing your most convincing wince, mention how much you hate to bring this up, and proceed to give a few specific examples of recent occasions where he has taken credit for ideas or achievements that weren’t his. Emphasize how much it bothers you to have to mention this and, in the next breath, point out the damage he’s been doing to his standing with the rest of the team.

The key is to focus not on how annoying or unfair his behavior is to other people (he evidently doesn’t care about that), but on how it could affect his own future. Still wincing, say “something like, ‘I’m concerned that people here are starting to root against you, which could really undermine your career here,’” Goulston suggests. “Also say that this worries you because this person really does bring a lot to the team, but that, once colleagues start to resent him, it’s hard to turn things around, and you would hate to see it reach that point.”

The last step: “Ask his permission to remind him about what you’ve said, and to let him know if he’s slipping.” Offering to “help” him this way is not only non-threatening, it may be his first-ever “experience of generosity,” Goulston adds.

What if you have this discussion and follow up on it as agreed but your colleague doesn’t change his ways? Then you could try talking to your manager about it — but first, Goulston advises, “have another job lined up, either somewhere else in the company or outside it. If your boss isn’t receptive to what you’re saying, you will need a next move.”

That seems drastic, but consider: “Your boss may be the one encouraging this behavior, and you don’t want to work for someone who can be played that way. It’s far better for your own career in the long run to work for someone you can respect,” says Goulston. He’s seen situations where “the boss is really the underlying problem—and if that’s the case here, you need to act on that sooner rather than later.”

Talkback: Have you ever worked with someone who took credit for your ideas or achievements? How did you deal with it? Leave a comment below.