Why Japan wants to transform into a ‘hydrogen society’ 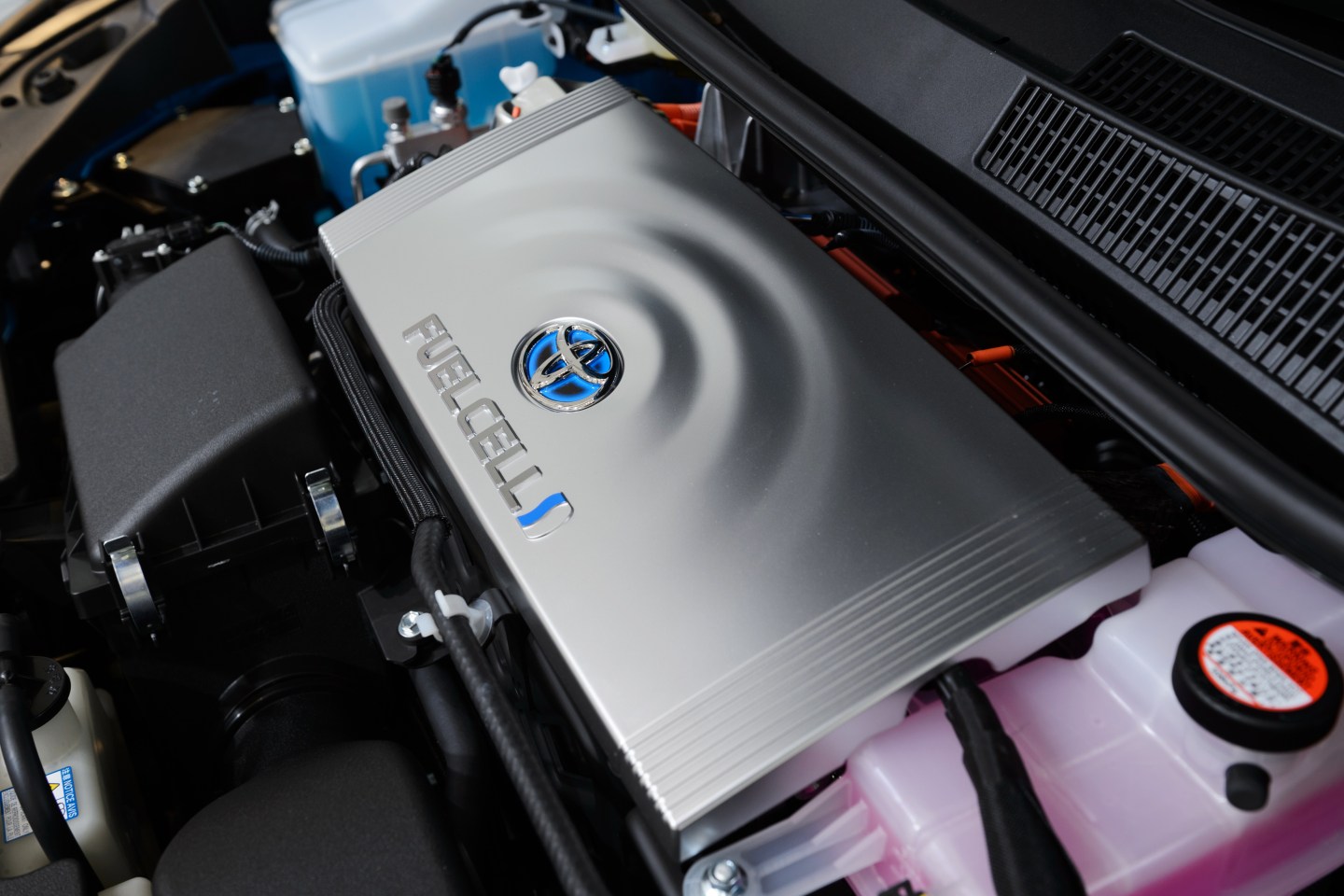 The Japanese government has joined forces with some of the country’s biggest manufacturers to push for what it’s calling a “hydrogen society,” in which everything from buses to cars to homes are powered by the plentiful, zero-emission fuel.

A big coming-out party for the hydrogen society is planned for the 2020 Tokyo Olympics, when hydrogen-fueled buses will ferry athletes and fans around Olympic event sites. The government and companies including Toyota and Iwatani are working together to build a network of hydrogen fueling stations—there are around a dozen across the country already, with the goal of 35 up and running by 2020.

Toyota (TM) has pitched in by developing a hydrogen-fueled car, the Mirai (“Future” in Japanese), which went on sale in Japan in late 2014. Honda and Nissan have hydrogen cars in the works. There’s also a push to install hydrogen fuel-cells in homes and apartments.

Overall, Tokyo has committed a reported 40 billion yen, or more than $300 million, to promoting hydrogen as an alternative fuel. Part of that will go to subsidize the purchase of hydrogen cars, with incentives of 2 million yen, or nearly $20,000 per vehicle—much higher than those for electric vehicles.

Hydrogen, on the face of it, sounds nearly magical. Take the most plentiful element in the universe, combine it with oxygen, and you get water—and electricity. That’s the vision Japanese Prime Minister Shinzo Abe was pushing last year when he said that hydrogen is “environmentally friendly” and “doesn’t emit any carbon dioxide.”

But that’s only half the story behind hydrogen, and the other half is less of a fairy tale. Unlike gasoline, solar, or nuclear, hydrogen isn’t an energy source—just a method of energy storage.

“Hydrogen is an energy carrier in the same sense that electricity is,” says David Keith, Harvard researcher and author of a skeptical assessment of hydrogen fuel. It takes energy to produce hydrogen fuel, and, says Dr. Keith, “the environmental impact . . . depends almost wholly on where the electricity comes from.”

So where will the hydrogen for the “hydrogen society” come from? The government’s road map focuses on overseas imports, and one near-term possibility is reportedly hydrogen produced from Australian coal, then shipped to Japan. While that scenario might help Tokyo’s local air quality, it would have little if any impact on global carbon levels.

Even countries with more diversified energy sectors have struggled to make hydrogen fuel work outside of niche applications. Canada made a very similar push in 2010, when it rolled out hydrogen-powered buses for the Vancouver Olympics. Those buses are now mothballed due to high operating costs. Vancouver was getting its hydrogen from Quebec—nearly as far away as Tokyo is from Melbourne.

The U.S. has also arguably been burned by hydrogen. In 2003, President George W. Bush announced the FreedomCAR Initiative—an effort framed (in those pre-fracking days) as an aid to American energy independence. The effort to fund hydrogen development was criticized at the time for diverting funds from renewable energy research, and the Obama administration shifted policy priorities to electric vehicle development.

In 2004, California announced plans to build 150 to 200 hydrogen fueling stations, but fewer than thirty exist today. And this was in a country where large volumes of hydrogen fuel are easily (though not cleanly) obtained from domestic natural gas.

In the decade since, the case for hydrogen may have gotten even weaker, thanks to the slow but steady proliferation of better batteries, electric vehicles, and renewable energy sources worldwide. Japan’s hydrogen society, even if it were to succeed locally, would be disconnected from the future that’s shaping up in much of the rest of the world.

At this year’s Automotive News World Congress, Elon Musk (admittedly far from a neutral party) called hydrogen “extremely silly”—perhaps the most polite in a long and continuing string of dismissals from the Tesla head. It makes little sense, Musk pointed out, to go through the trouble of using even renewable electricity to generate hydrogen fuel, when you could just put that energy directly into a battery pack.

It makes even less sense when you have to build new, expensive hydrogen filling stations to do it—then spend years hoping that demand for them will materialize. On opening day for one mobile hydrogen fueling station in Tokyo in March, there was only one customer. The station, like the car that it topped up, was heavily subsidized, with total fueling station subsidies reaching 7.2 billion yen ($60 million) in 2014.

This kind of large-scale infrastructure investment, whether or not it’s a good bet on the future, deepens Japan’s staggering public debt—the highest in the world relative to GDP. Over the past 10 months, S&P, Fitch, and Moody’s have all downgraded Japan’s debt rating, with a Fitch spokesman telling Reuters the move was motivated by concerns over debt levels. Meanwhile, the country continues to restrict immigration as its population ages—raising the question of who, exactly, is going to be riding those hydrogen buses.

For more Fortune coverage of alternative energy, watch this video: