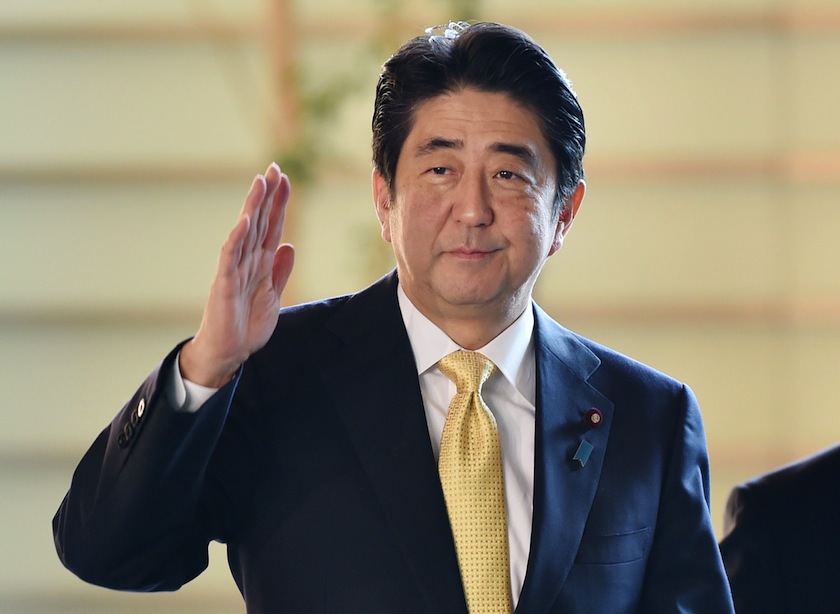 The surprisingly aggressive monetary move made by the Bank of Japan (BOJ) overnight may look like a winner today, but it could easily backfire down the road if the government isn’t careful.

The BOJ is again buying trillions of Yen worth of government bonds in an effort to expand the money supply and stimulate exports. But the government isn’t stopping at that this time. It is also pushing the nation’s largest buyer of government bonds, the Government Pension and Investment Fund of Japan (GPIF), to invest more of its cash in Japanese equities, instead of in safer government bonds.

While this all seems like a great way to pump up the markets and create some sort of wealth effect among Japan’s tight-fisted population, it also risks exposing the nation’s dirty little secret—its horrendously large government debt load. With the GPIF no longer funding the Japanese government’s lavish spending, who will?

The Japanese stock market rallied 5% on Friday to its highest level since 2007 following the BOJ announcement. While the markets had expected the BOJ to continue buying government bonds as part of its long-running effort to stimulate the economy, the amount targeted, some 80 trillion Yen, was larger than expected. But that isn’t what pushed equity markets to a seven-year high. The driver here was GPIF’s move into Japanese equities.

GPIF will start ratcheting down the proportion of its portfolio allocated toward Japanese government debt to 35% from 60% and increase its holdings of domestic equities to 25% from 12%, creating a huge dislocation in the Japanese financial system. GPIF will also increase its holdings in foreign equities to 25% from 12% and its holdings of foreign bonds to 15% from 11%. The equity and debt markets in Europe and the U.S. should also benefit from this new buyer in the market, which helps explain Friday’s rally on Wall Street.

Nomura estimates that the GPIF and smaller public pension funds will need to offload some 20 trillion Yen ($180 billion) worth of Japanese government debt to make this happen. That may be a conservative estimate but it is probably the best one out there. In any case, who will buy all this debt? Well, the Bank of Japan, of course, as part of its stimulus program to weaken the Yen. So it all works out perfectly, right? The best answer right now is, maybe.

Japan’s Prime Minister Shinzō Abe hopes this move will finally dislodge the nation’s stalled economy. The weakened Yen will pump up exports, driving up corporate profits while also encouraging consumer spending due to inflation. With the GPIF realignment, Abe is probably hoping the accompanying increase in the equity markets will induce a Japanese-style “wealth effect” in which the population feels richer and thus begins to spend money like rock stars or some weird Hello Kitty character on a candy binge.

Abe’s bond-buying program is similar to the Federal Reserve’s “quantitative easing” (QE) stimulus program, which ended this week after a multi-year run. In buying government bonds and keeping interest rates low, the Fed was able to force investors to dial up the risk in their portfolios, thus helping to spur the economy out of recession and into expansion. But QE hasn’t worked as well in Japan because, unlike the Fed, the BOJ was also fighting deflation. So investors in Japan didn’t have to face the prospect of seeing their money lose value if they just let it sit in the bank as their fellow savers in the U.S. did. Coupled with the fact that Japanese investors are usually more risk-averse compared to their Western counterparts, so this didn’t fare well for Abe’s plans.

Which brings us to today’s announcement. By essentially forcing Japan’s largest investor to give up on bonds and buy equities instead, Abe is hoping that it will spur other Japanese investors to do the same. He is also hoping that the bond buying he plans to do will be enough to push real interest rates below zero for an extended period of time, forcing even the most risk-averse Japanese investors to look elsewhere to park their cash. Abe also hopes those investors will either shift into Japanese equities or simply liquidate and buy up those Sony TVs that the once-mighty electronics retailer can’t seem to get foreigners to buy anymore.

What are the chances this will work? Prodding the GPIF to buy equities may indeed stimulate the stock market in the short term, but it is unclear that it will spur the type of risk-taking needed in the long term to really dislodge Japan’s stalled economy for good. The wealth effect Abe is trying to stir up using stocks may not take off in the same way it has occurred in the U.S. Japanese companies simply aren’t doing as well as U.S. companies, so it will be harder for them to extend this rally as far as it occurred in America. So Friday’s pop may be all there is.

Even more concerning is how all of this change will affect Japan’s debt markets. By shifting the GPIF’s focus away from buying bonds, the Japanese government is essentially telling its most important customer of its debt to go spend its money elsewhere. That means Japan needs to find another buyer to fund its debt load, which it can’t. Instead, Japan is having the BOJ essentially print a bunch of Yen. This doesn’t seem sustainable.

The Yen is not the world’s reserve currency, the U.S. dollar is. So there isn’t a huge international demand for Japan’s debt. The BOJ can’t print money indefinitely like the Fed and get away with it. Eventually, there will be consequences. Japan’s national debt of $11 trillion is nearly 240% of its GDP, the highest proportion of debt to GDP for any sovereign nation in the world by a wide margin. It has easily funded this debt load thanks to investments made by its massive pension funds, which the government is now cajoling to move its money elsewhere.

There is no telling how long the BOJ can keep funding the government’s debt without causing a real financial meltdown. The pendulum may swing quickly from fears of deflation to hyperinflation, which would undoubtedly upset Japan’s population, as their hard-earned savings would suddenly be worth nothing. Japan’s government would see their debt burden fall but would have to pay through the nose to service any future bond payments.

This doomsday scenario isn’t on the minds of Japanese politicians; they just want some growth now. But it was the same sort of short-sided thinking that induced Abe’s predecessors to run up huge deficits; it was to stimulate growth, growth that never came. If growth fails to come this time, Japan’s number may be up.