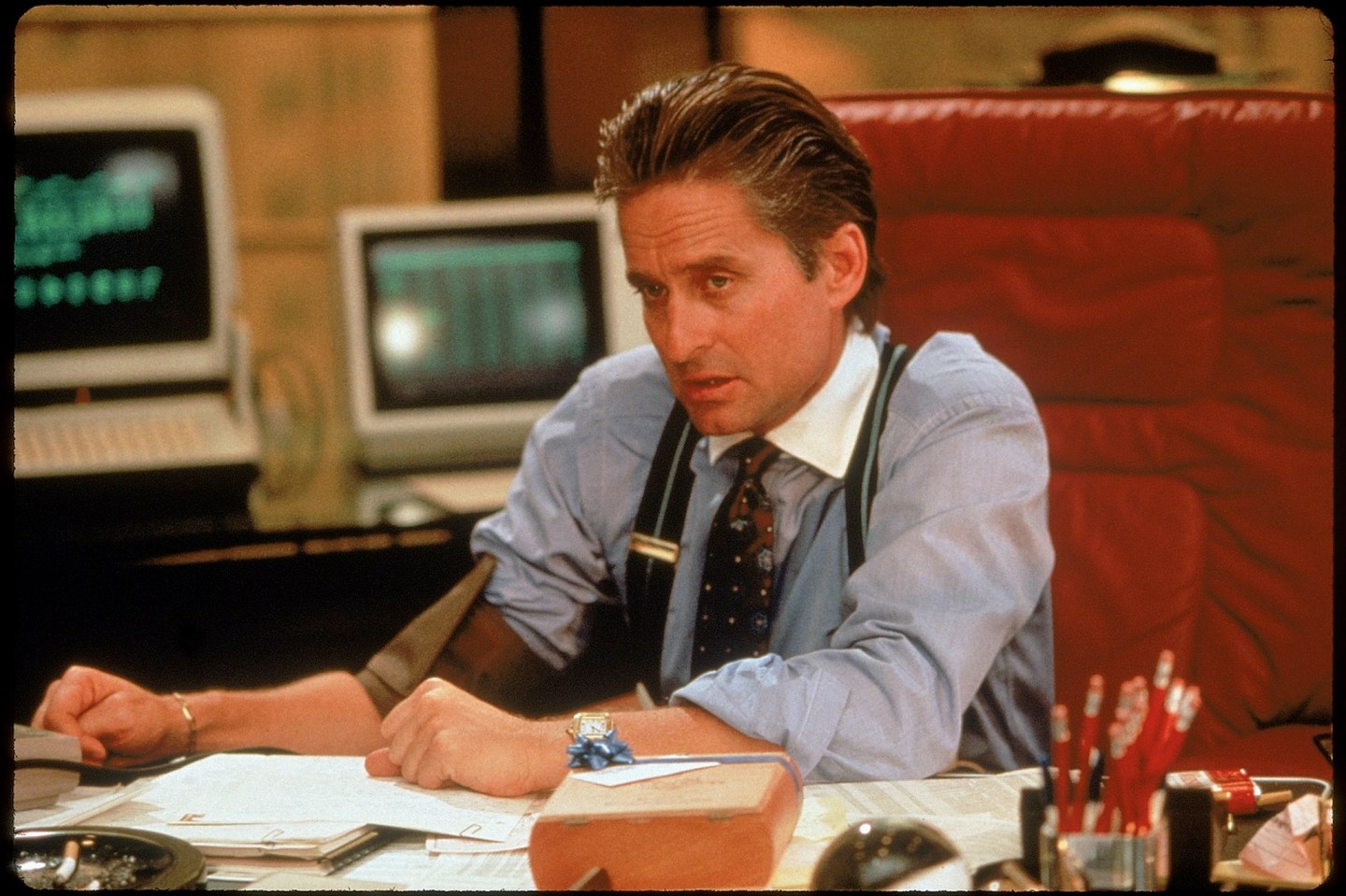 At the beginning of last week, it seemed like the 1980s were back on Wall Street.

Computer company Dell announced a $67 billion debt-fueled take over of data storage company EMC. If the deal goes through, it will be the largest leveraged buyout of all time, outranking the legendary and contentious RJR Nabisco deal of 1988, that, adjusted for inflation, would total $56 billion today. Meanwhile other LBO veterans were about to take a victory lap. Payment company First Data (FDC), which had been bought out by private equity firm KKR in a $28 billion deal back in 2007, was set to go public. Supermarket chain Albertsons, which had been taken private a few years ago in a deal by Cerberus Capital Management, had an IPO planned for the week as well.

LBOs were the deal on Wall Street in 1980s. Between 1979 and 1989, there were over 2,000 of them worth $250 million or more. But these days, huge leveraged buyouts are not the norm. In the years since their heyday, LBOs have been described as huge, selfish and job destroying.

But that’s not how they were seen some 30 years ago. In the early 1980s, Carl Icahn, T. Boone Pickens, Irwin Jacobs, and other corporate raiders actually claimed the moral high ground. They said they were there to do what other investors hadn’t. Their role, they said, was to hold management’s feet to the fire, break up inefficient businesses, and save the American economy. The 1970s had hatched plenty of large lumbering conglomerates, so it seemed like Icahn and others had a point.

Junk bonds too were new, pioneered by the now-defunct Drexel Bernham Lambert. Michael Milken built a money machine based on debt and deal making. Without the junk bonds, LBOs couldn’t get done. And without big LBO deals there would be no junk bonds. So Milken threw a high-powered get-together for the corporate raiders every year. CEOs of companies that were either in play or trying to defend themselves showed up. The fact that it was nicknamed “The Predators Ball” didn’t turn stop anyone from wanting to be seen there.

Of course “Greed is good” was a mantra of the 1980s. Big money wasn’t driving those deals. The whole reason LBOs became so popular is that corporate raiders didn’t have to put up much of their own cash to get them done. Buyouts included very little equity—that was what made them so profitable.

What drove the deals were big personalities, and raiders like Icahn and Irwin would launch tirades against managements and boards that didn’t want to deal. Irwin Jacobs liked to say that he was so good because he was so unpredictable. The reason: Most of his deals actually seemed to have very little thought put into them and often made little sense—and almost none of them got done. Yet Jacobs still made hundreds of millions of dollars rapidly firing out acquisition offers.

The companies he did end up getting control of didn’t end up so well. Jacobs’s nickname was “Irv the Liquidator.” His friend, Saul Steinberg, was one of the biggest buyers of risky junk debt and one of the biggest issuers. But Steinberg will probably be most remembered for his lavish parties, one of which included a nude model reenacting his favorite works of art.

But at the same time Jacobs and Steinberg and Icahn were making money rattling cages and claiming the moral high ground, the firms that actually did the deals were being formed. Mitt Romney co-founded Bain & Co. in the 1980s. Also founded in the decade were Blackstone (BX), Carlyle Group, and KKR (KKR), which left the decade with the biggest LBO bounty of them all, RJR Nabisco.

So are the 1980s back? Not quite. LBO dealmaking is actually down by a quarter in 2015 from last year, and three quarters less than what it was back in 2006, the last time LBOs were hot. And by the end of last week it was pretty evident that the market was not likely to come roaring back. First Data’s IPO priced below its range, and it stock fell after it started trading. The reason: Investors were worried it had too much debt. Albertsons also faced a lack of investor interest and decided to put off its IPO for now. On top of that, Blackstone, the private equity firm reported earnings that were just so-so. Here are three other reasons LBOs aren’t going to come roaring back on Wall Street.

1. Leveraged loans are hard to come by

Leveraged lending was a big part of the fuel that make LBOs work. It’s in the name. But in the wake of the financial crisis, regulators have clamped down on the big banks’ ability to make big loans to highly indebted companies. That’s made it hard to get financing for highly leveraged deals. Some of the financing has come from the high-yield debt market. But even there, investors have grown anxious about rising defaults, particularly coming form the oil sector. So don’t expect high-yield bond investors to rush into lending to risky deals.

2. Raiders are not out to do LBOs

The corporate raiders these days have a new game and a new title: Activist investor. Icahn and others now buy up shares in companies and push for board seats, and try to get companies to change that way. They are not looking to do LBOs. And without those big personalities pushing deals, fewer will likely get done. Activist investing may be less profitable than doing LBOs, but it’s also a less risky way to invest. Activist investors are increasingly funded by pension and other large endowment funds, which is probably why they lean more toward the surer deals.

One of the things that made LBOs possible was that coming out of the 1970s, the stock market was historically cheap. There were plenty of prime candidates for LBOs because many companies were trading for less than the value of their assets. These days stocks are trading at historic highs. That makes it much harder to find prime candidates for LBOs. The deals that are being done today, like Dell-EMC, seem to be for strategic reasons. Dell wants to get more into the business of servicing large corporate clients. Back in the 1980s, most LBOs didn’t have much logic other than lots of stocks on the public market seemed to be trading for a discount, corporate raiders were greedy, and debt was available. Times have changed.

So the 1980s deal making isn’t likely to make a come back in reality. But if you are still feeling nostalgic for that time, here’s a selection of Fortune’s best articles about the buyout boom.

Meet Irwin Jacobs, the quintessential corporate raider. Jacobs, a college dropout, made well over $100 million pursuing companies in the 1980s. He almost never won the takeover battles he fought. But that didn't stop him from trying, or pulling in millions from the process. He once got half a million dollars for offering to make a loan to Saul Steinberg, a fellow corporate raider, that he never made for a buyout of Disney that never happened. When Jacobs was called to testify in front of Congress, he decried "greenmail," handouts that corporations would pay to Jacobs and others to go away. But was that going to stop him from taking them? Heck no. This article finds Jacobs about to finally land a deal. But you don't get the sense that man who was known as "Irv the Liquidator" has any idea what to do with the company he's about to buy. That's not really part of his story.

The last days of Drexel Burnham

When the firm collapsed, Drexel's well-paid youngsters were out on the street with an awkward name on their resumes.

Did Drexel do itself in? Or was it done in? This article takes the final tally of the company that fueled the LBO craze by inventing the junk bond market that became the currency of corporate raiders. Michael Milken built a beautiful money-making machine. The same corporate raiders who bought corporate debt would issue it themselves to do massive takeovers—the LBOs. And when they wanted advice on their deals, they would come to pay up for Milken's top M&A bankers, who were lured to the firm by all of the profit the junk bond business was bringing in. But it all came crashing down.

How? Read Fortune's 1990 article that tells you what doomed Drexel.

Members of the Kohlberg, Kravis, Roberts & Company team who did the bidding for R.J. Nabisco, pose in the firm's New York office Dec. 2, 1988. From left are: Richard I. Beattie, chief lawyer in the negotiations; George R. Roberts and Henry R. Kravitz, the firm's senior partners; and Paul E. Raether, a partner. Nabisco's prospective new owner says he doesn't plan to radically dissect the company to help pay off the huge debt its record $24.53 billion buyout will create.

Legendary Fortune writer Carol Loomis gets as inside a look as anyone could get at the time of the legendary buyout shop KKR, which is still around today. For this profile, Henry Kravitz and George Roberts refuse to talk to Loomis, but that doesn't stop her from giving a compelling take of what is right and wrong at one of the most powerful and successful purveyors of the LBO. Nothing at KKR is nailed down. Everything they own is managed to be moved off to some other investor. Here's how Loomis beautifully describes it:

KKR’s dynamics call to mind a troop of hoofers like the Rockettes, in circular march. On one side of the circle, imagine, a Rockette peels off and disappears into the wings, followed seriatim by others. On the other side, new Rockettes join, one by one, preserving the circle and in fact gradually enlarging it, until the stage seems almost to fill. The character of the dancers changes too. The Rockettes coming on are each taller, leggier, more statuesque, and more glamorous than those peeling off. My God, will the next be an Amazon?

The new siege at RJR Nabisco

This article serves as a coda to the 1980s LBO boom. The most well-known deal of that decade, RJR Nabisco, was actually struck right at the tail end of the era. By 1993, Drexel Burman is gone, Milken is in jail, and the barbarians have been silenced. But RJR Nabisco is still around, and now it, and the firm that bought it, KKR again, has to figure out how to manage without the support of the debt-fueled markets that made it the largest buyout of all time.

Read the complete 1993 Fortune account of what became of RJR Nabisco after the barbarians left.